Once on the island I didn't really know where to begin. So many birds and only an hour on the island. It's not a very big island, but I really could have spent hours here. The sun was out, its was relatively warm and what I had been waiting for was all in front of me. I just had to get on and do what I came here for. Hold the camera up and press that button for as long as I liked. Absolutely perfect. 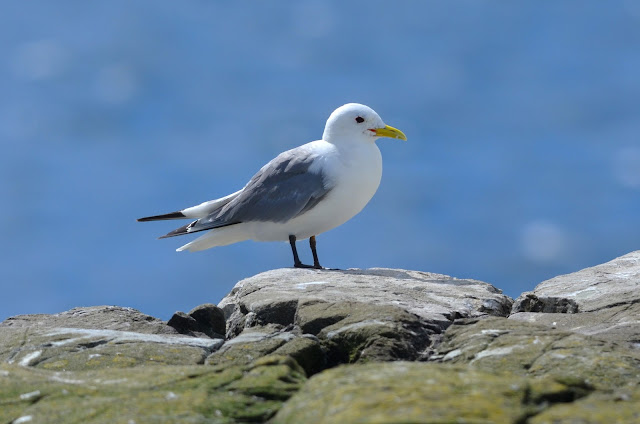 Being able to see so many Atlantic Puffins close up is probably the abiding memory I will have. I've seen them before, but not in such numbers at close quarters. Truly breathtaking. 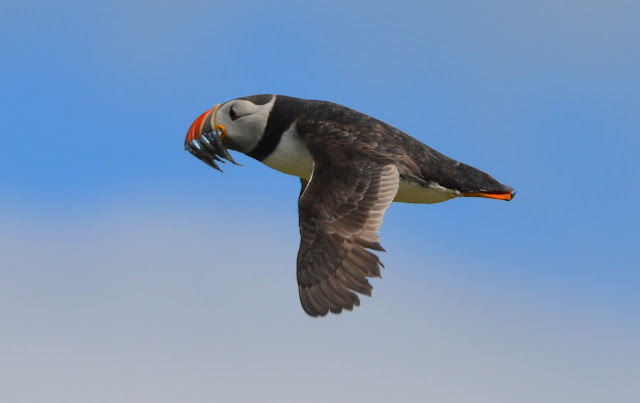 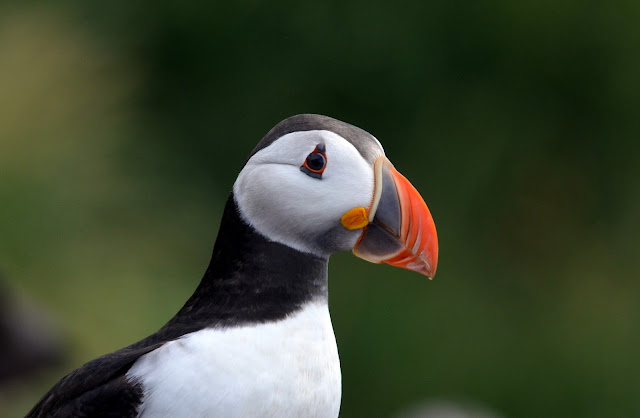 Sand eels are what the Puffins eat. They're pretty clever at stacking them up too. 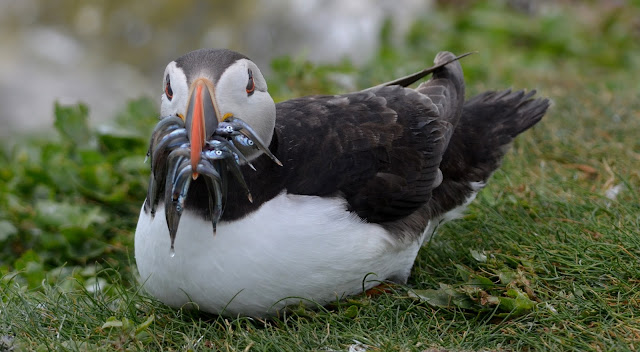 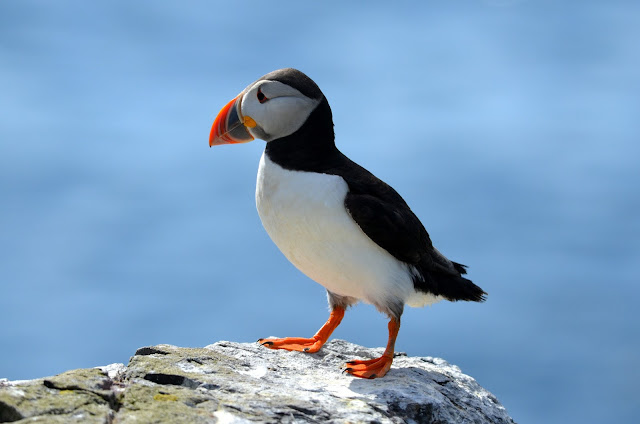 Sunning themselves on the rocks were the Razorbills. 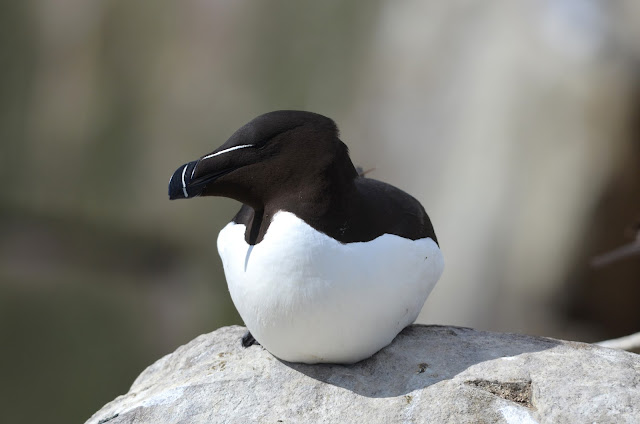 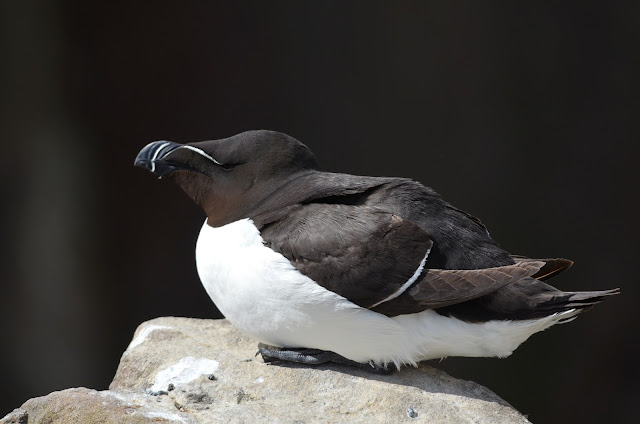