I stopped recently at RSPB Geltsdale, which is in Cumbria, up near Carlisle. I have been a couple of times in the past and it is somewhere I like to stop off when in the area. It is a very nice peaceful place with rolling hills and meadows. Curlews, Willow Warblers and Sedge Warblers could all be heard as I got out of the car. Then there was the unmistakeable song of the Grasshopper Warbler. As it's name suggests, it mimics the sound of a grasshopper. It sounded close. Using the few trees nearby, I skirted round and found it on a fence post singing it's head off.

My best ever views of this bird. Usually it is to be found (or heard) from within tall grass or bushes. 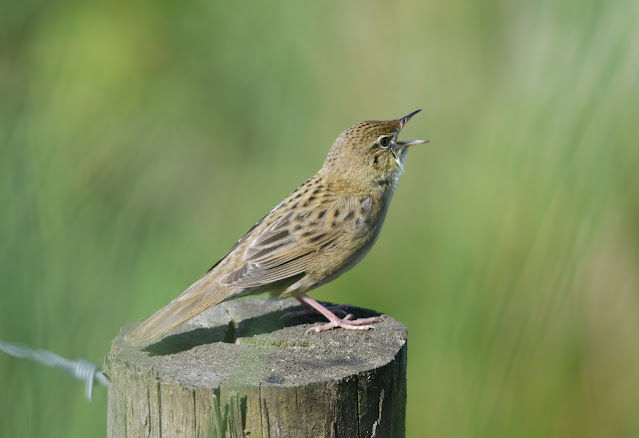 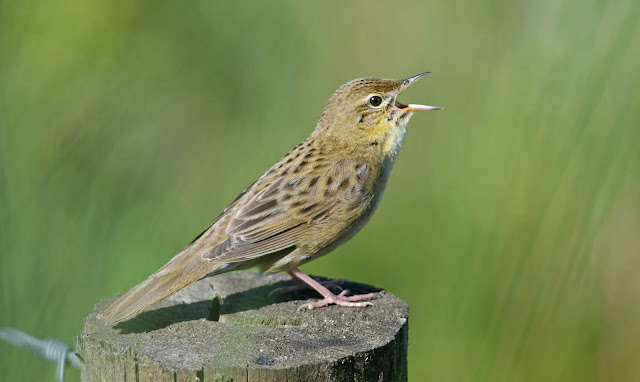 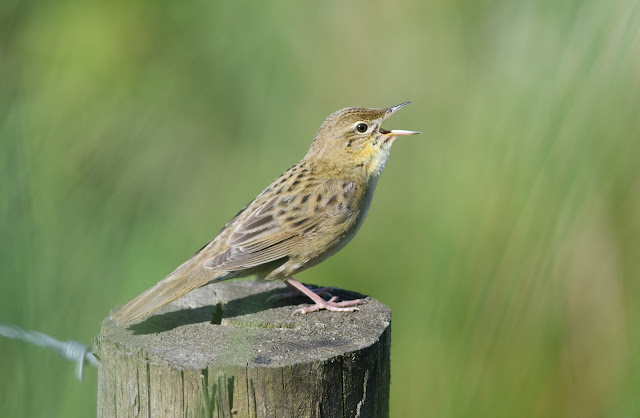 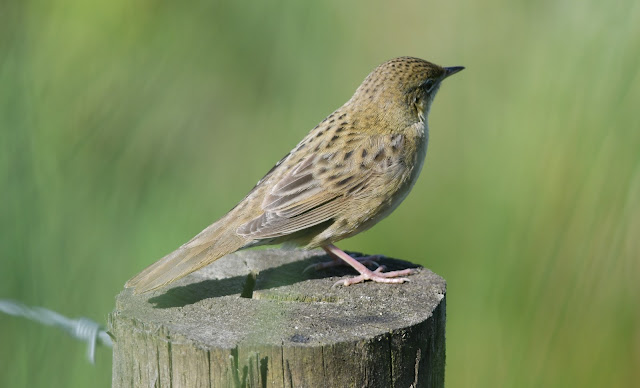 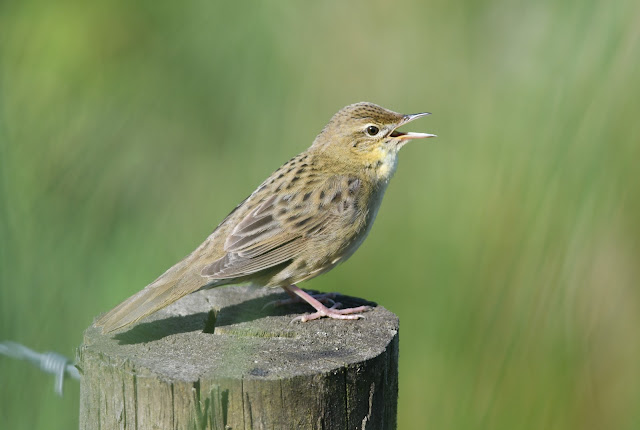 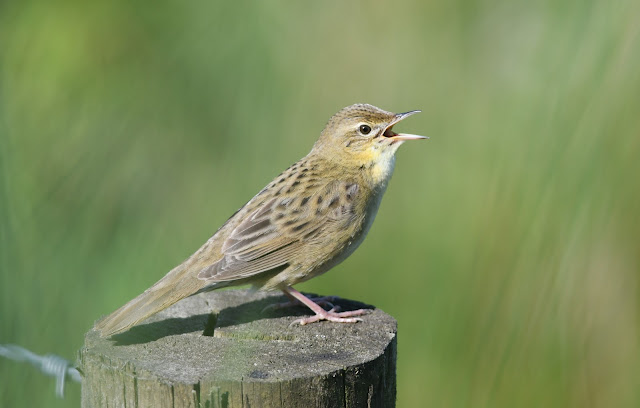 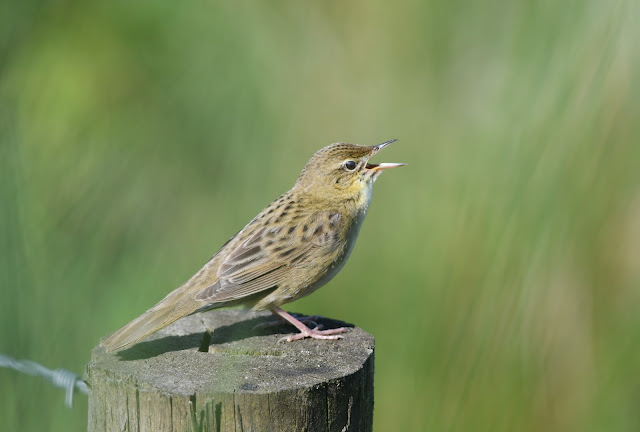 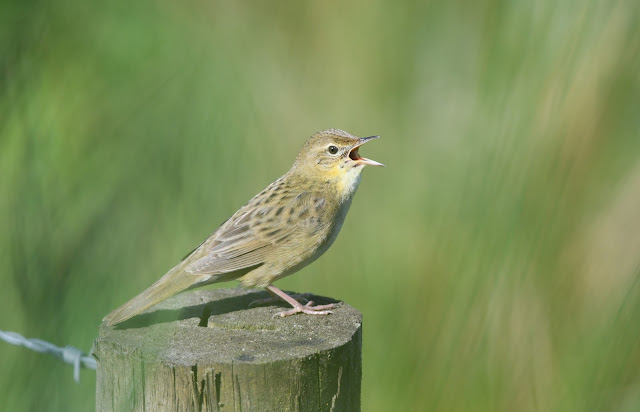