Last month I made a visit to Bempton cliffs with a couple of my birding friends. We were hoping to see the Black-browed Albatross that had been in the around for a couple of a few weeks. Unfortunately on the morning we went, it had decided to go AWOL, and wasn't seen at all that day. It has since returned, but is very hit and miss. I'm hoping to see it one day, but will leave it for a while just at the moment.
Meanwhile, there was plenty to see on the rocks and sea below. Gannets galore, plus the usual Guillemots, Razzorbills and Kittiwakes. It was a hot day, which was a bonus, as the near 3 hour journey would have been really miserable in the rain. Just a reminder that not every twitch is successful, but I guess that's part of the fun.
Not an Albatross, but part of the same family, a Fulmar in flight and good light. 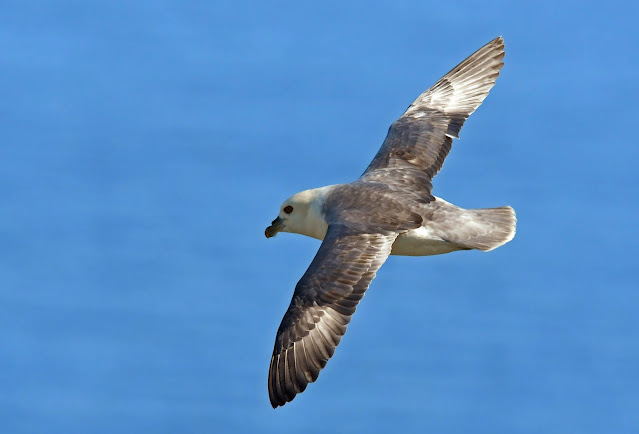 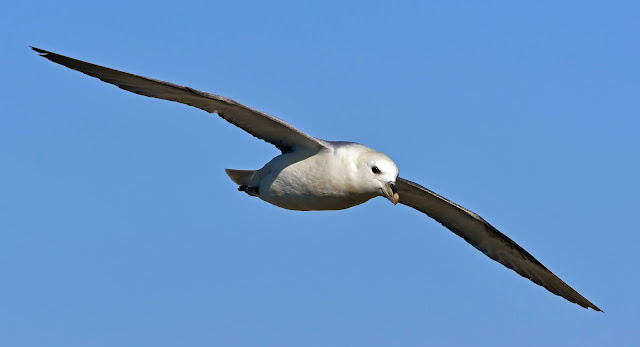 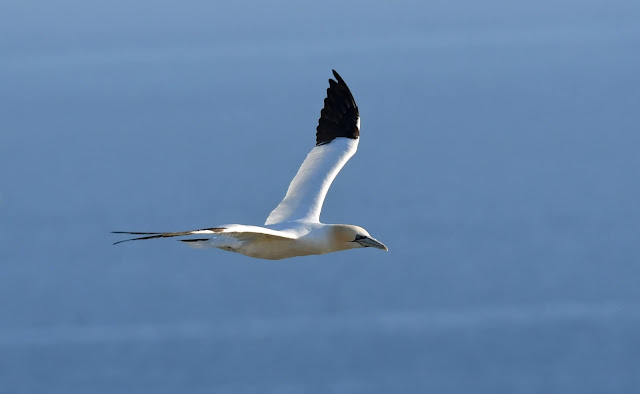 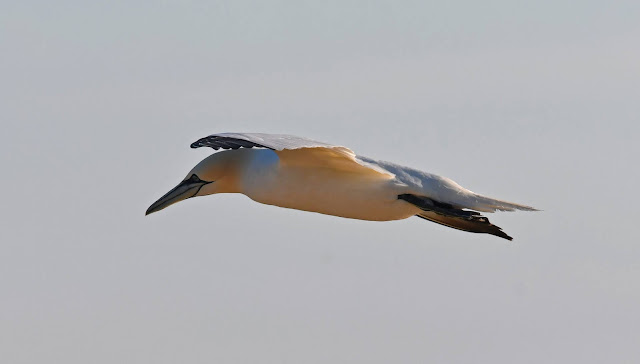 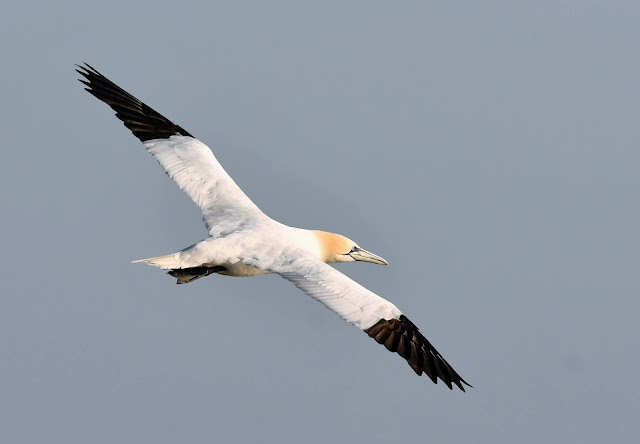 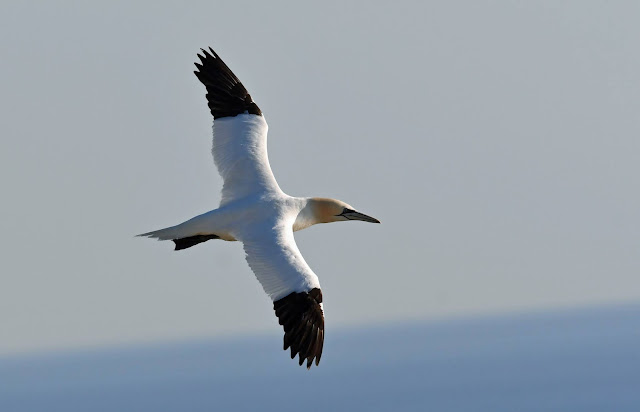 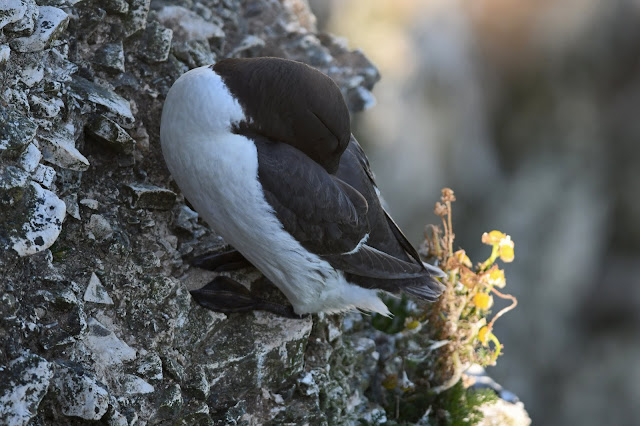 Kittiwakes were noisy on the cliffs. 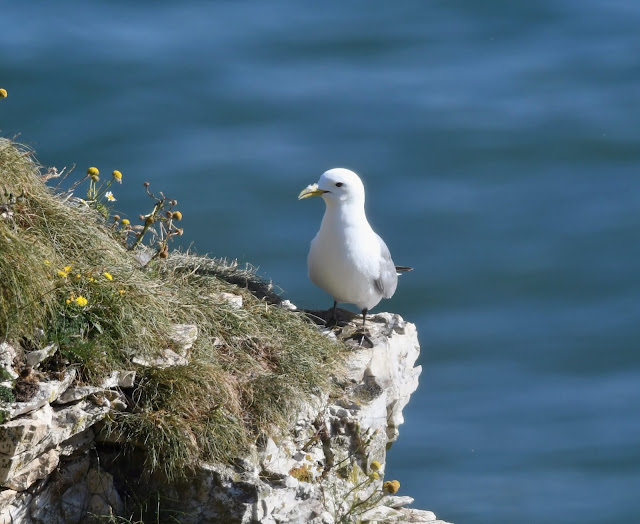 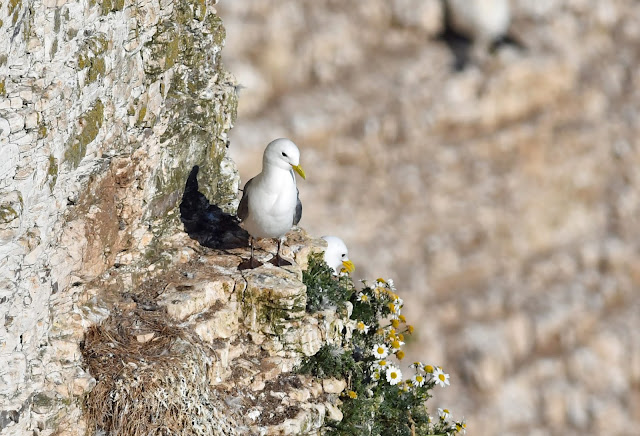 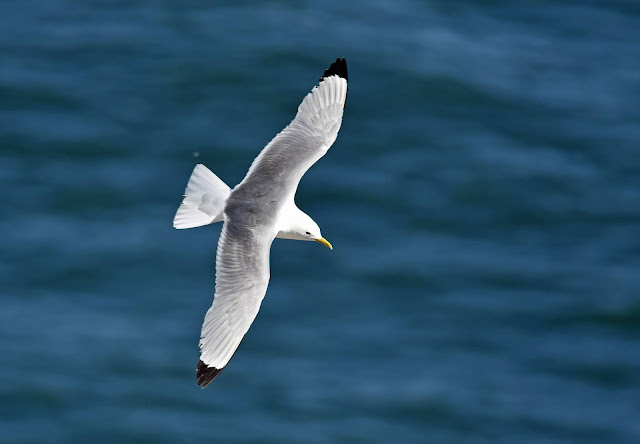 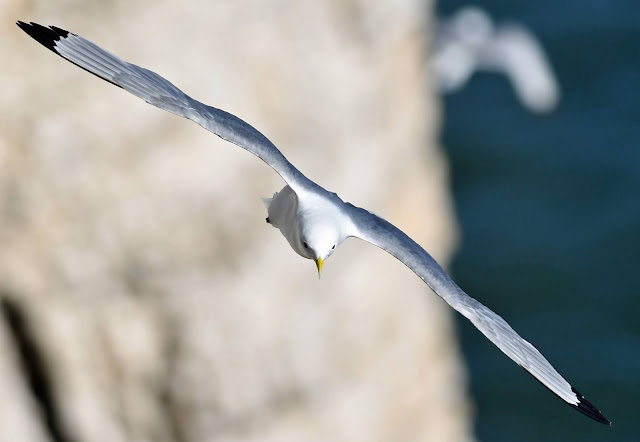 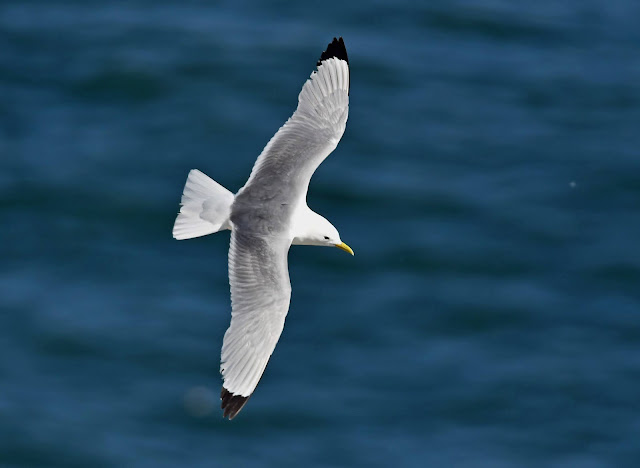 There were not too many Puffins left. 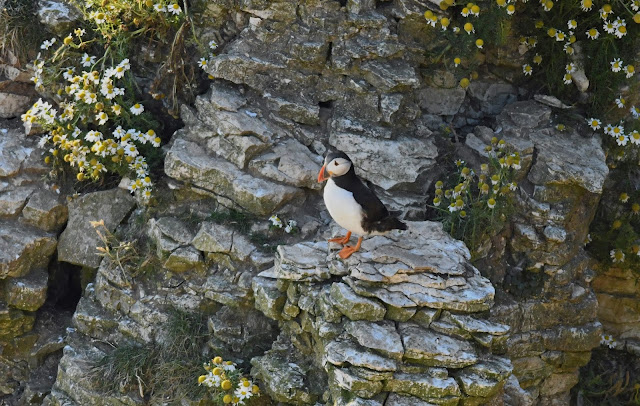 If I ever needed another excuse to visit Anglesey, what better excuse than to be able to tick a lifer in the form of an Elegant Tern. This bird was mingling within a Tern colony that included Sandwich, Common, Arctic and when I visited a pair of Roseate Terns.

It's completely off track from where it should be, but it does appear that this particular bird is one that had been in France recently. This is only the second record for Wales, and it really stood out amongst the colony. It had it's own perch and always returned to it after a flight.

It kept me entertained that's for sure, 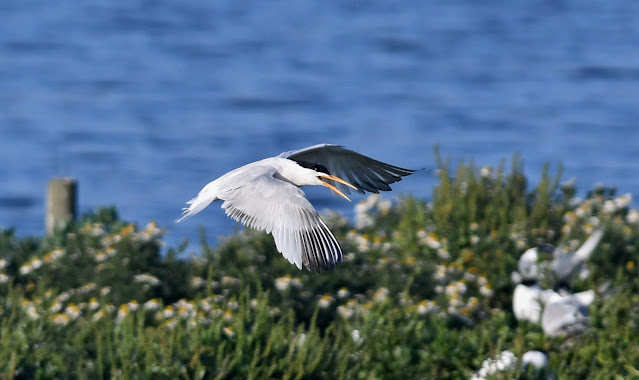 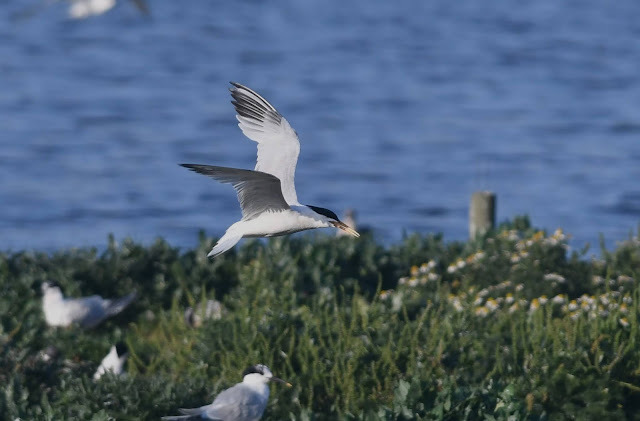 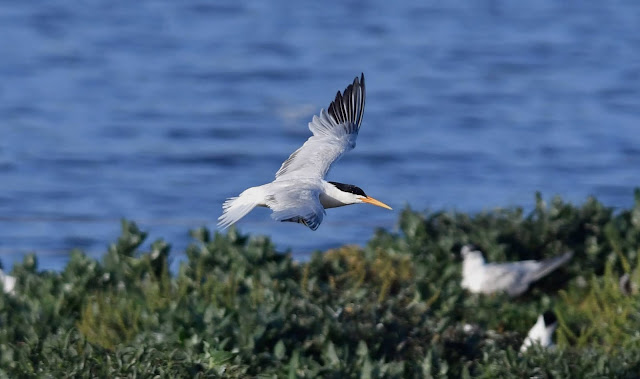 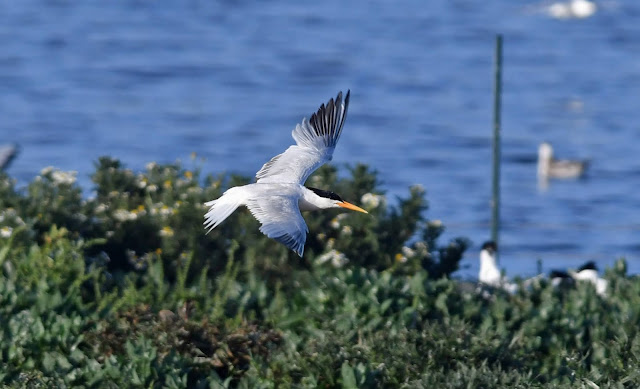 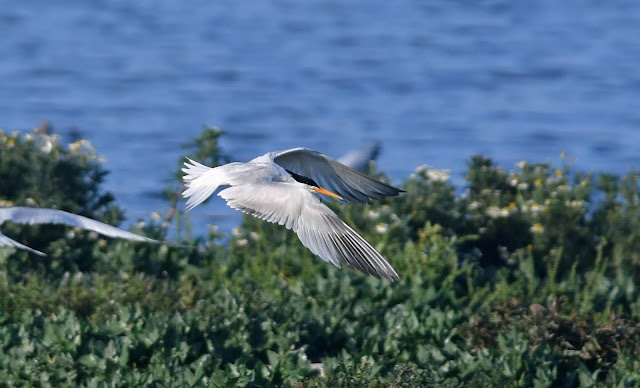 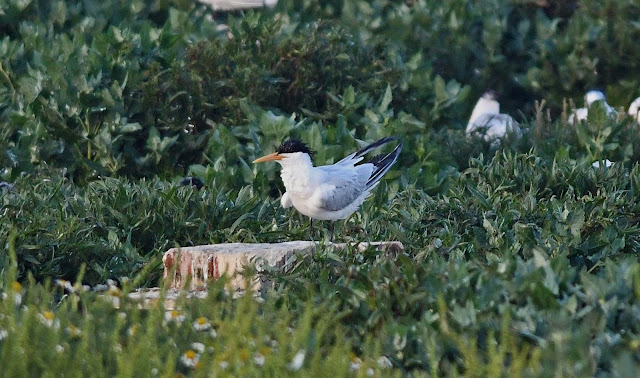 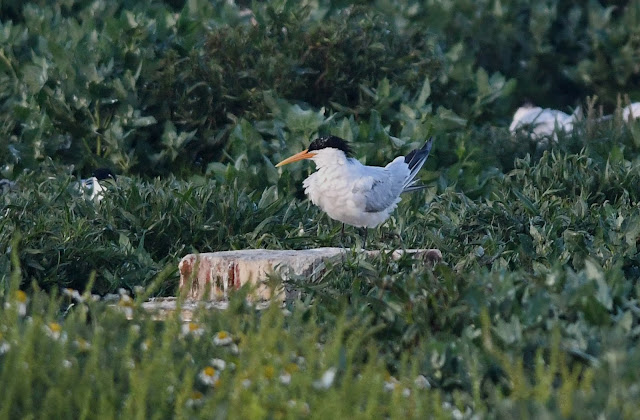 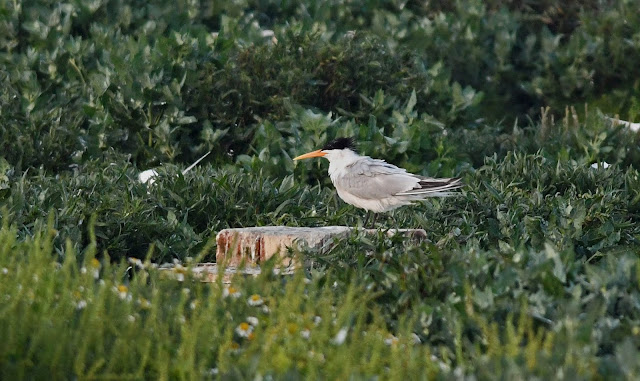