A week or so prior to the lockdown I took a drive out to a site I know in Macclesfield Forest, to look for some Crossbills, Siskins and Lesser Redpoll. I'd tried a couple of weeks earlier but with no luck, so was crossing my fingers.
It was classic weather conditions for this area at this time of year. Icy cold, with cloud rolling in like a fog, only to clear just as quickly as it had arrived.
I wandered around the usual areas and had Siskins overhead frequently. Lots of Chaffinch and Goldfinch and then two larger birds appeared and landed high up in one of the conifers. A pair of Crossbill. A female and a very good looking male.

They never really settled and moved off again, but knowing they were around was good. So, I bided my time and employed the age old birdwatchers tool of fieldcraft. Staying in a position so as not to spook the birds and allowing them to go about their business without noticing me. It worked and they came back to a tree not far from me. 😀


Lots of excuses of poor light, fences and branches in the way etc, but it's always such a joy to see these birds whatever the conditions. I could see them very well with my binoculars.
The male in very good condition. 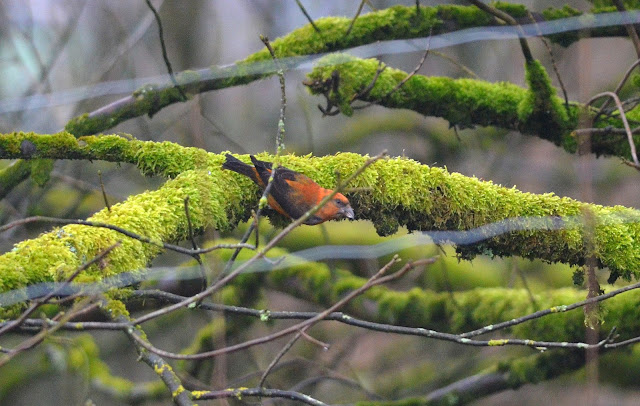 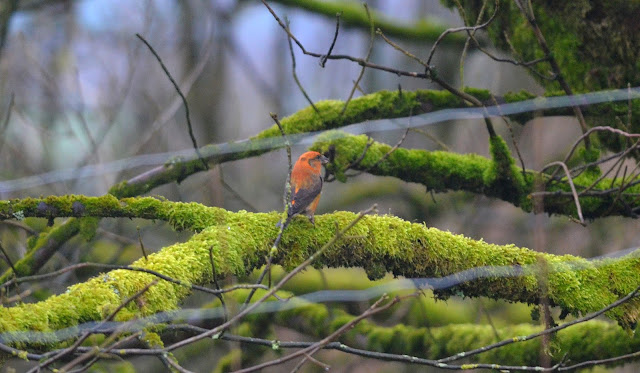 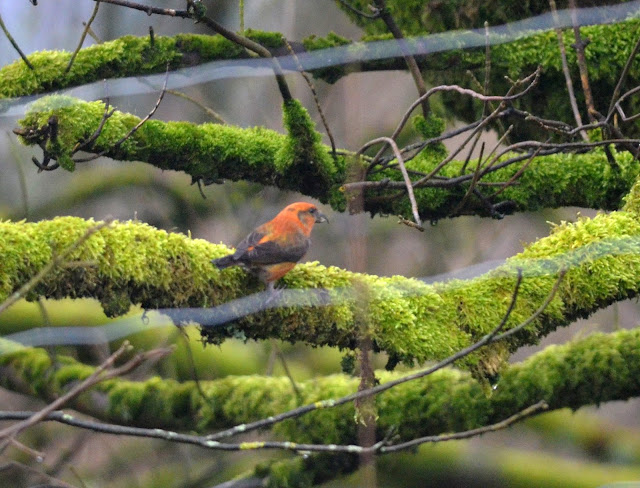 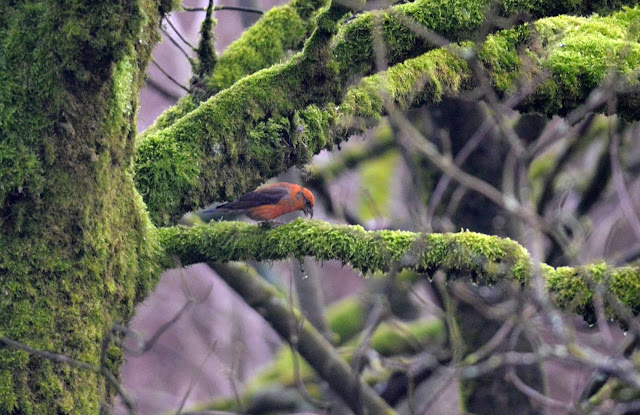 The female, hanging upside down. 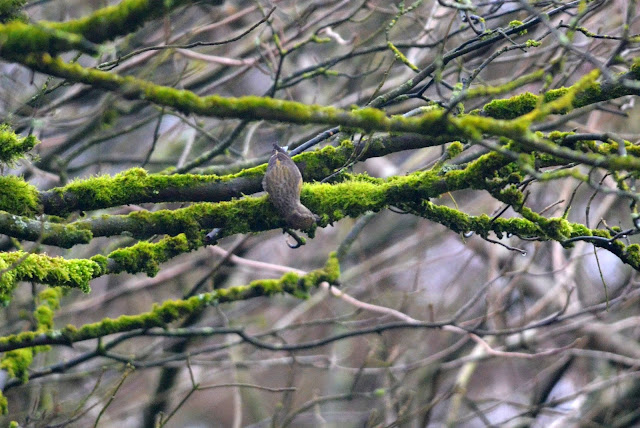 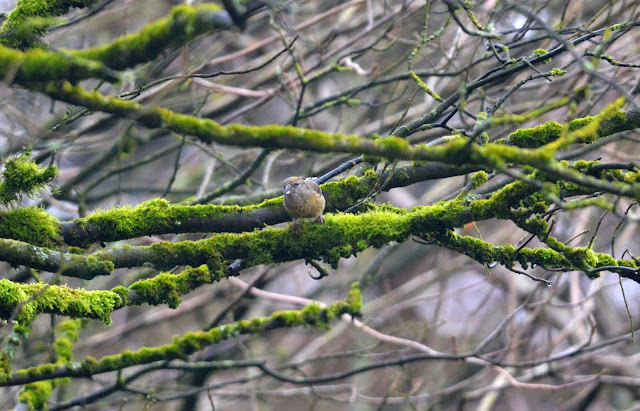 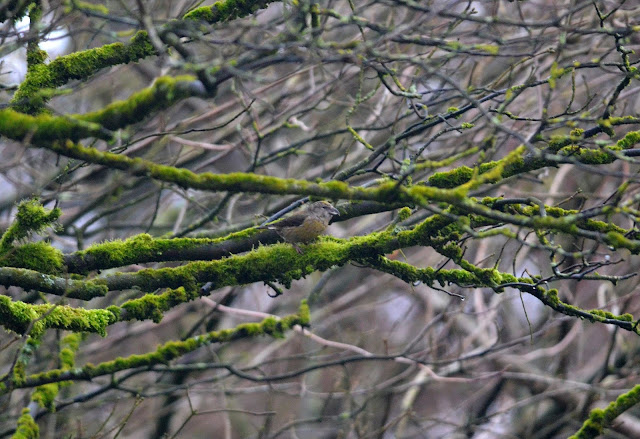 Email ThisBlogThis!Share to TwitterShare to FacebookShare to Pinterest
Labels: Crossbill

Dippers on the River Goyt

A first visit of the year to the Goyt Valley on the Cheshire Derbyshire border was long awaited. As is my way, I was there early, to hear the chorus of bird song and hopefully catch wildlife in it's pre-human disturbed state.
Thankfully it was dry and bright, which made a change from what has seemed like an eternity of weekends of wet and grey weather. There were lots of birds to listen to. Great Spotted Woodpeckers were pairing up, as were Nuthatch and it seemed like there were hundreds of Coal Tits. Down on the river Goyt, the water level was well up but I managed to find a Dipper up stream.
I've not cropped or zoomed in on any of these pictures, just to give a sense of how I saw it. Binoculars are always around my neck, but this was easy to pick out on the rocks. 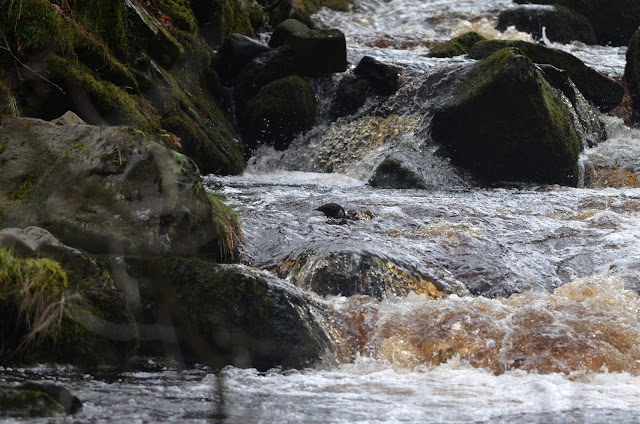 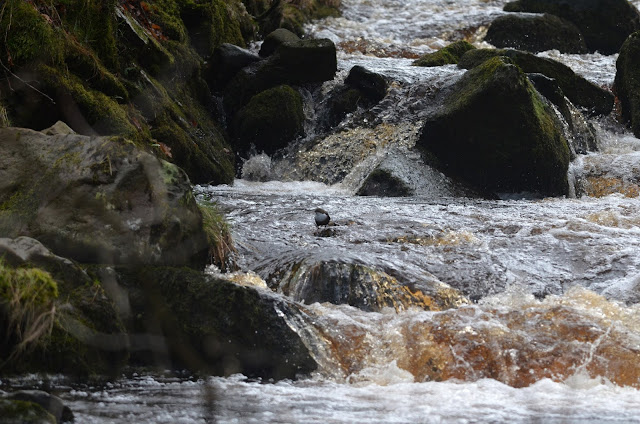 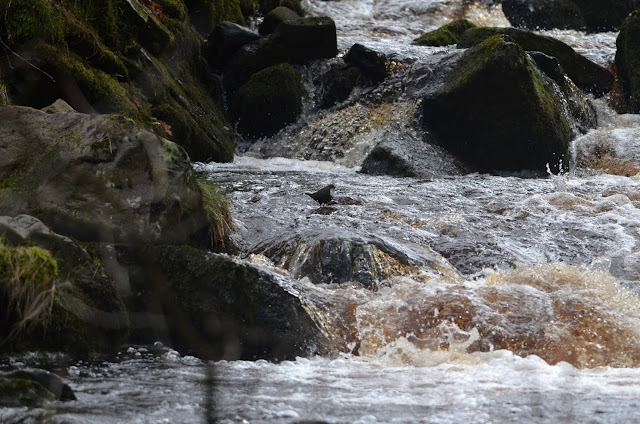 Email ThisBlogThis!Share to TwitterShare to FacebookShare to Pinterest
Labels: Dipper

I spent a full day in North Wales last weekend, stopping at sites from Llanddulas all the way out to Holyhead and South Stack. I did a bit of sea watching first from the shoreline of Llanddulas, where I quickly picked out a pair of Red-breasted Merganser followed by hundreds of Common Scoter. A Great Northern Diver went by too before I moved on.
I headed to Cemlyn Bay where I had been once before and was impressed by the birds on show. This time was no different, with lots seen that I wasn't really expecting.

A Whimbrel was the first bird I stumbled across. I'd been tipped off that there was one over wintering here, but wasn't really expecting to find it. Thankfully I did, although it didn't hang around long before moving off. 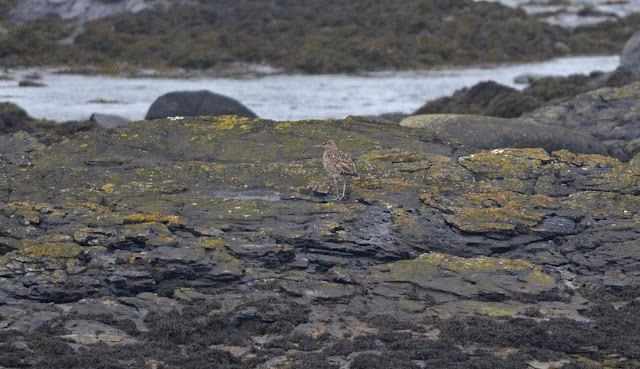 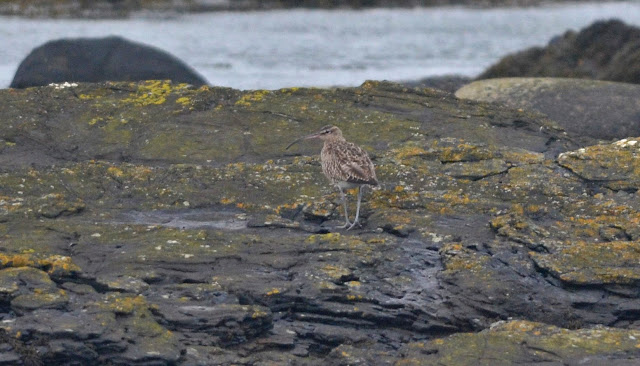 Golden Plovers were also a nice surprise. Always a very obliging bird but usually at some distance. I kept mine from this one out on the rocks. 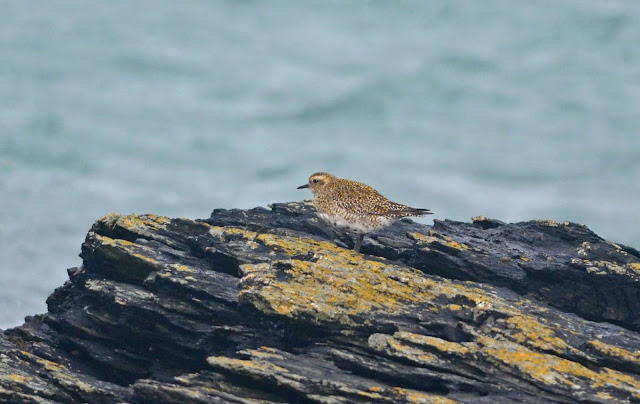 It was soon joined by other waders, like this Oystercatcher. 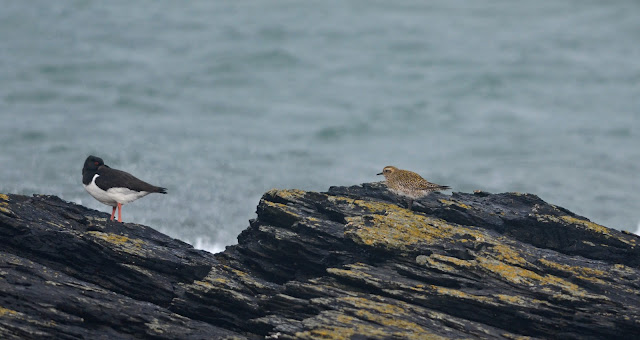 A flock of 10 Purple Sandpipers were a real bonus. 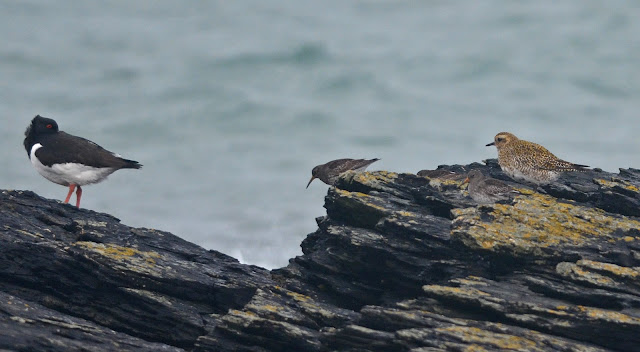 Here's 7 of them together. 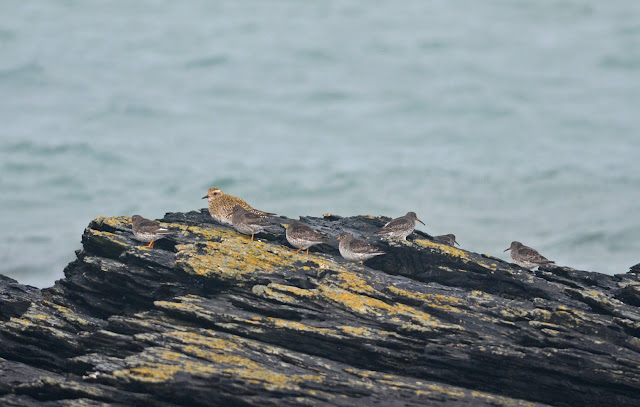 It took me a few glances through the binoculars at these, as I initially passed them off as Golden Plover, but they were just too pale. These are in fact Grey Plover, with one showing off the nice black underwing to confirm my doubting mind. 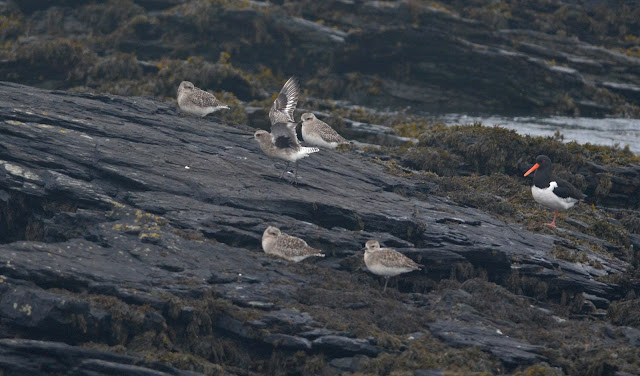 A pair of Dunlin at bottom left an Oystercatcher on the right of picture. 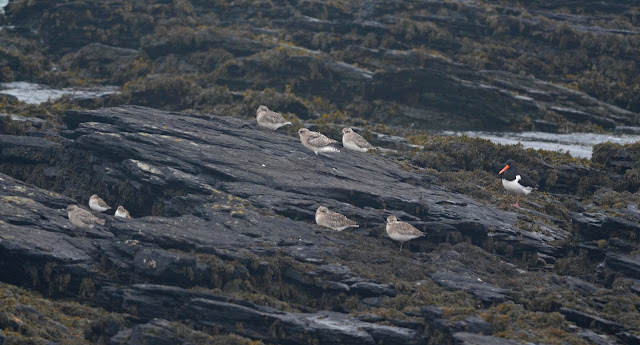 A very nice looking Ringed Plover was one of a few around. 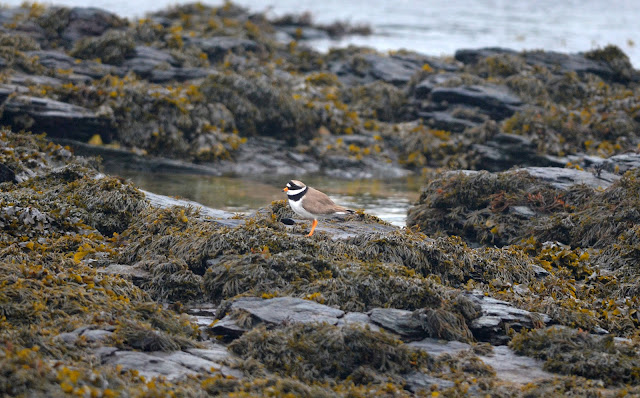