The birds are pretty quiet at the moment, so I've decided to take a look back on one of my favourite summer visitors to these shores. The Common Redstart. Some friends and I watched this particular male bird over a couple of years, and it was exciting to see him return, When he did, it was great to watch and spend a lot of time with him, as he looked for a mate and eventually raised young.
A stunning bird.


Our old friend, the male. 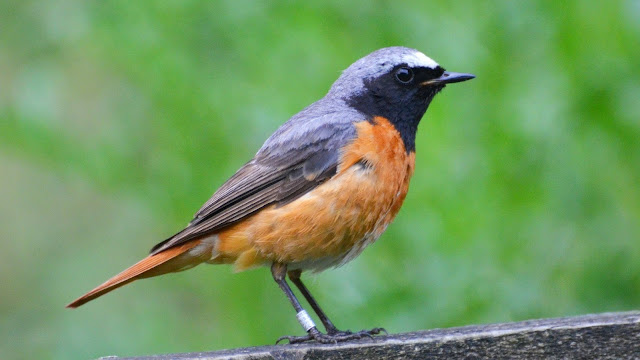 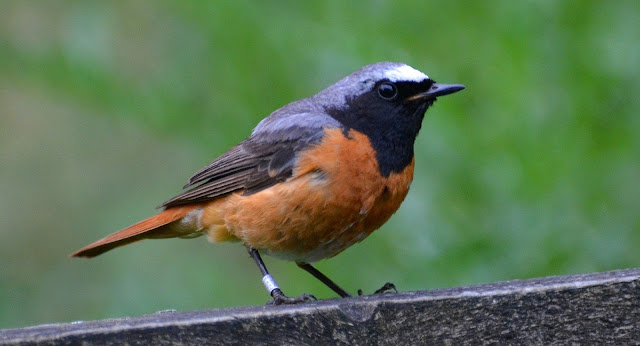 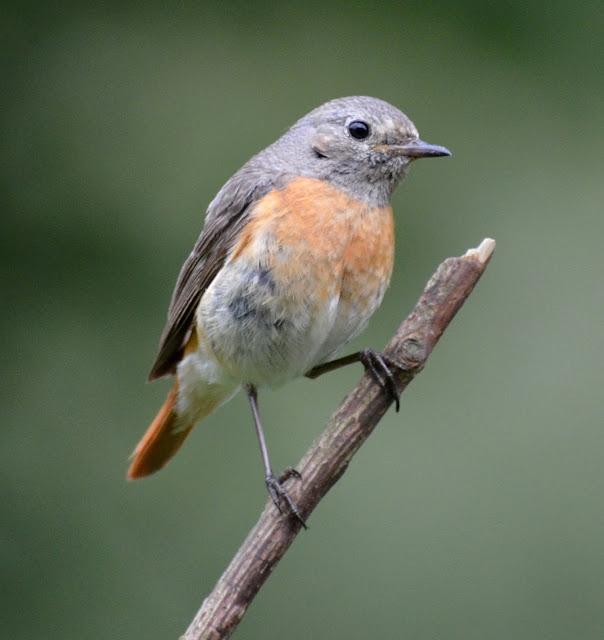 A good view of that tail on the female. 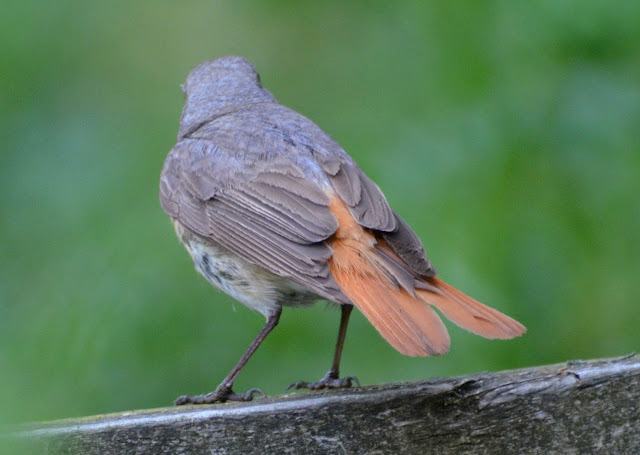 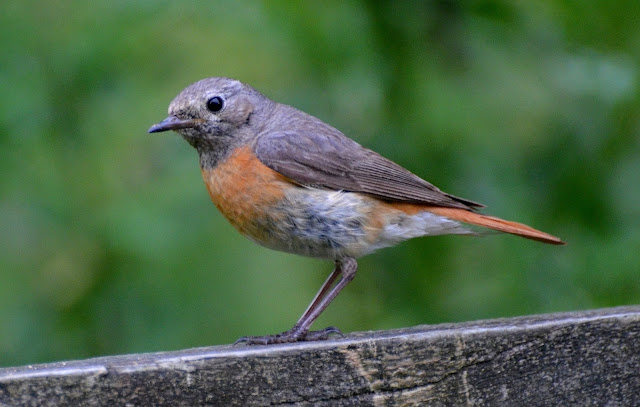 I found this Ringed Plover in the mud at Titchwell a few months back. Great little birds and I usually see them scurrying around on the beach or at the edges of water pools. It was nice to see one out in the open on the mud. It was busy looking for food, doing what it does best. 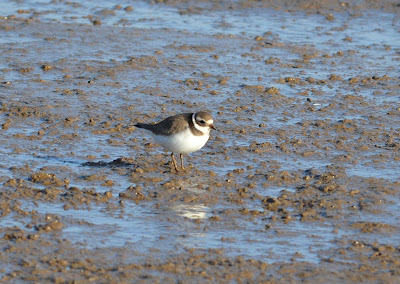 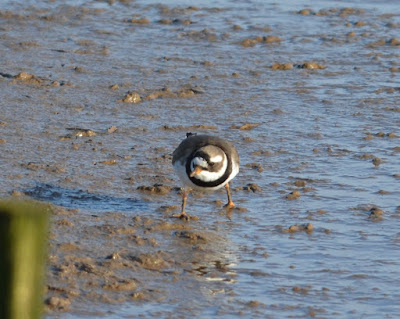 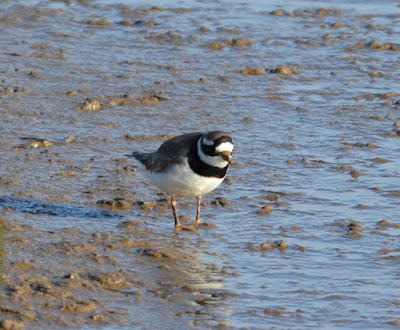 I've enjoyed watching the Curlews on my patch this year. I think maybe I've taken them for granted in the past. Walking on past them and thinking 'yep, that's a Curlew'. They've captured my attention for some reason in recent months. Putting on fine displays for me. Some from a distance, as they set up territory and others from a lot closer as they staged deflection tactics to protect their young.
The unmistakable call can be heard for miles, and the bubbling nature makes me instantly scour the landscape to try and spot them. 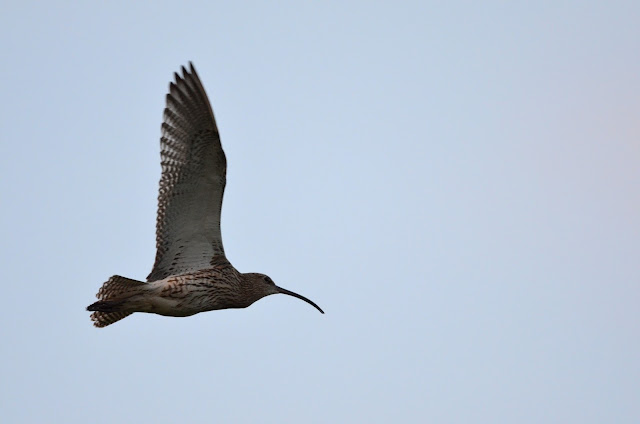 They'll soon be moving on for another year. I look forward to them returning to Woodford once again. 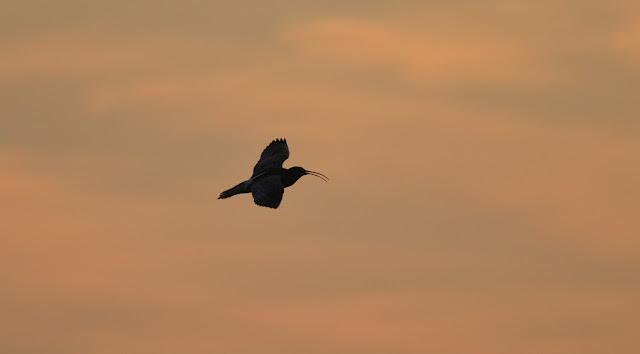 Email ThisBlogThis!Share to TwitterShare to FacebookShare to Pinterest
Labels: Curlew

The birds have gone quiet for the time being, while they moult and re cooperate from the breeding season. It gives me the opportunity to look at other things, like bats (in the evening) and butterflies during the day.

It's a great time for butterflies at the moment. Lots are on the wing, and it's the time of year for the The Big Butterfly Count 2016 The idea is that you spend 15 minutes counting and identifying as many butterflies as you can. Near me, the most common this year seems to be Small White, but one of my favourites is the Red Admiral. Quite often seen on Buddleia, they contrast very well against these light colours. 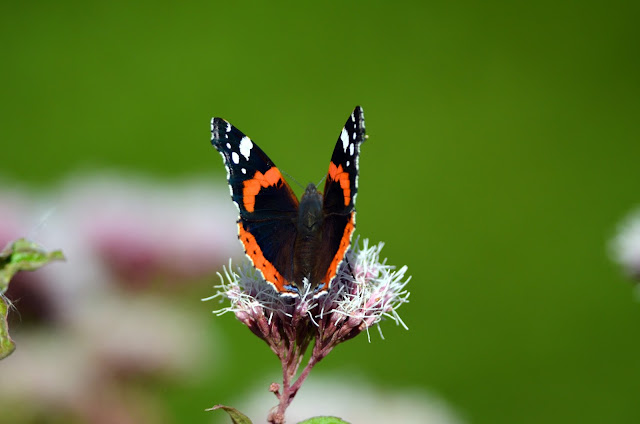 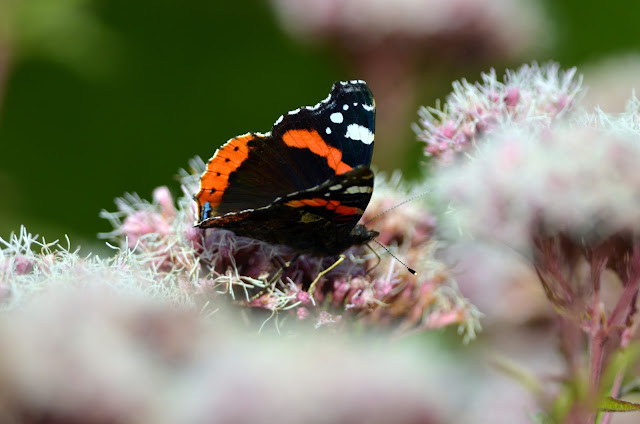 I've returned to the Arctic Tern once again. While on Inner Farne I spent quite a bit of my time trying to photograph these majestic birds in flight. Not as easy as you may think. It is a small island and there were lots of people there to enjoy these birds too. So finding a quiet spot where I could just get the birds in the shot proved quite a challenge. It didn't stop me trying though.

I chose to pick a spot on the path where a few of the Terns were quite feisty. As people approached, they took to the air and made an assault on their heads. I took this as my opportunity to try and get some shots. It proved quite difficult. As you can see below, lots came out with the bird not fully in the frame. I gave up here and tried another area. 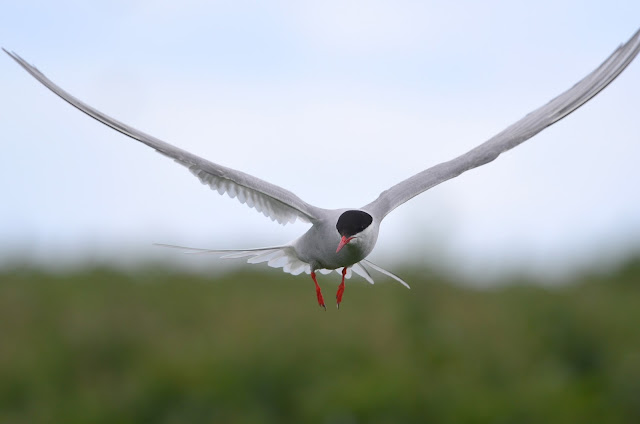 I found a different area on the island where the birds were coming in off the sea, and had a little more success. The light was much better, the birds were more relaxed, and this made it easier to predict their movements. It meant I could follow them and have a pretty good idea where they were heading next and where I should aim my camera. I was happier with these shots.

My best of the lot (in terms of flight shots) were taken when I moved down to the shore line to watch them. 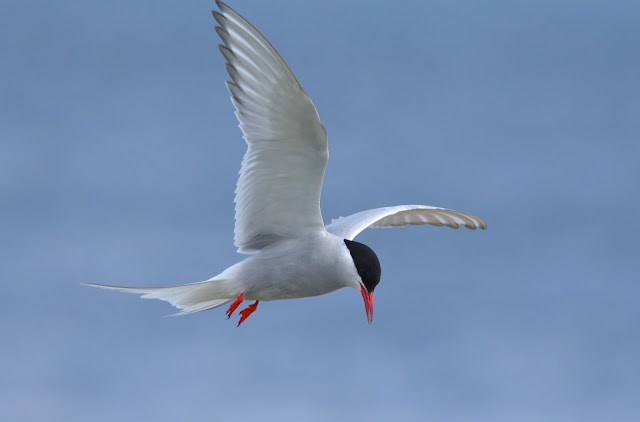 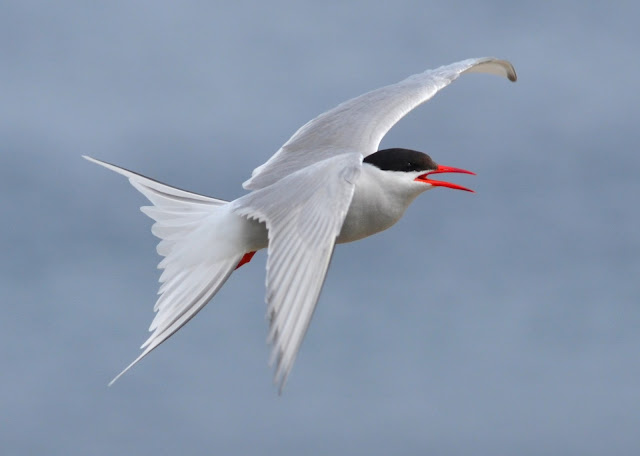 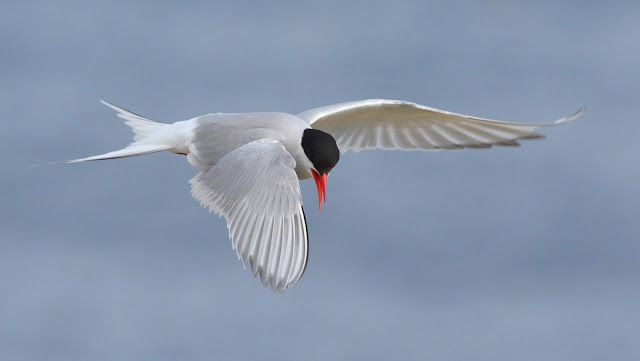 I only saw a few of these birds on my trip to the North East. I thought that I would see lots on the rocky islands and coast lines, but that wasn't the case. Still, the few that I did see were a real pleasure.
In flight they have a very stiff wing beat, and glide quite a lot. They are tubenosed seabirds and related to the Albatross. A quite unusual looking bird, but one I enjoyed seeing fly above my boat. 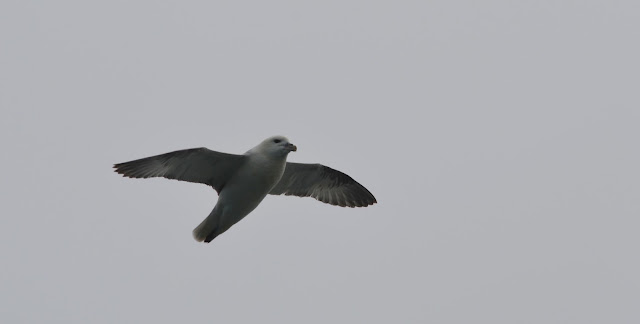 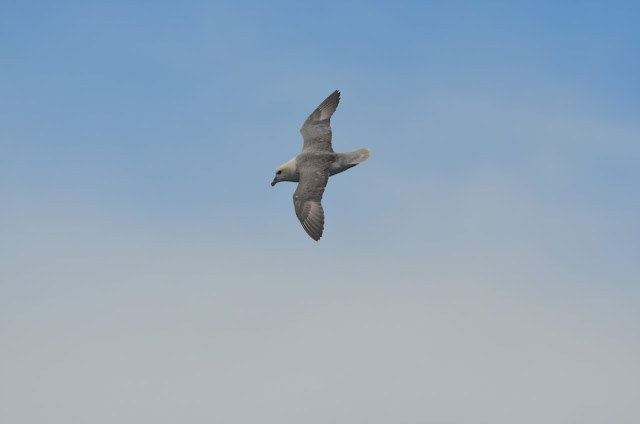 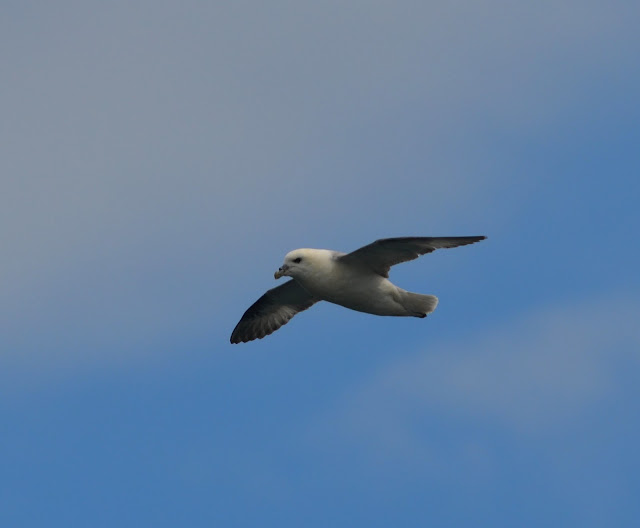