A couple of weeks ago I had a dental appointment in Macclesfield. Running a little early, and afforded the opportunity to drive somewhere in the car, I stopped off at a very frozen Redesmere on the way.

I'd say the mere was 85% frozen with thick ice. This meant that the gulls were close in and resting on the ice, while anything else was distant on the very small open patch of water. It's much easier to check out the gulls if they are not bobbing around on the water.

The Black-headed Gulls here were plentiful, with this one particular bird in the centre already in full breeding hood. The legs were also noticeably darker. 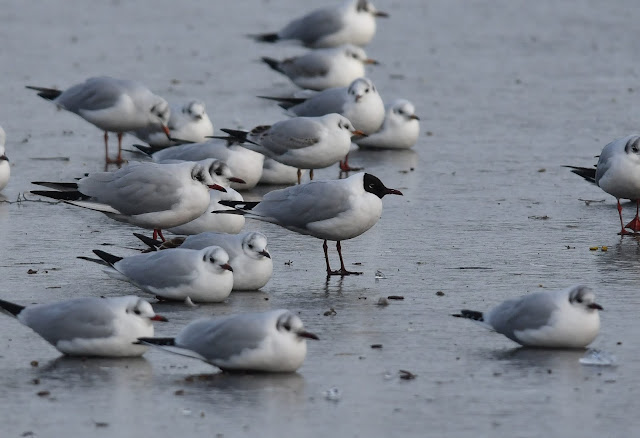 There were a few Common Gulls on the ice too. You can see the yellowish legs on the one left of centre with two sat on the ice just to its right. 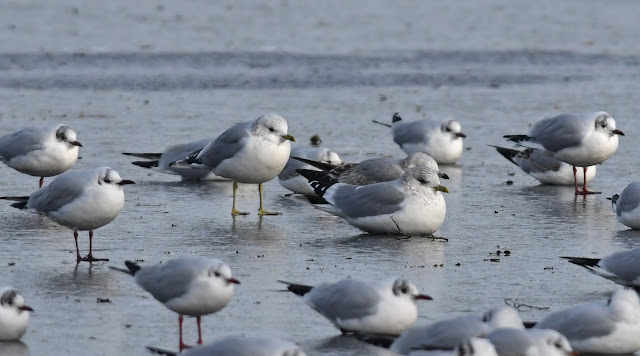 I do like the Common Gull. Unfortunately it is not actually that common. Of the two sat on the ice to the right of the bird stood (again just left of centre) one has not yet developed it's yellow bill and is more grey with a blackish tip. This will be a 2nd winter bird and will develop this more into adulthood. 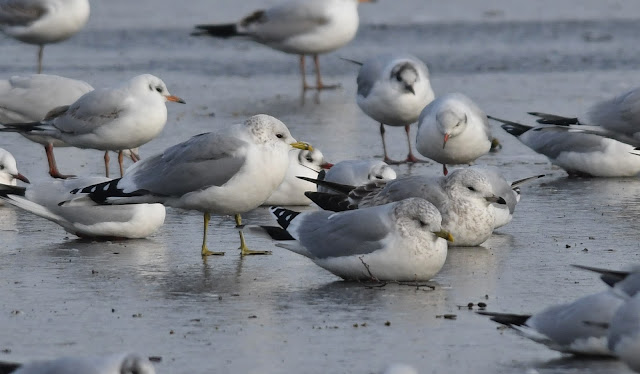 Common Gull sat behind Black-headed Gull. Shows the difference in size between them. Common Gull is quite a bit larger, and has a streaky head. 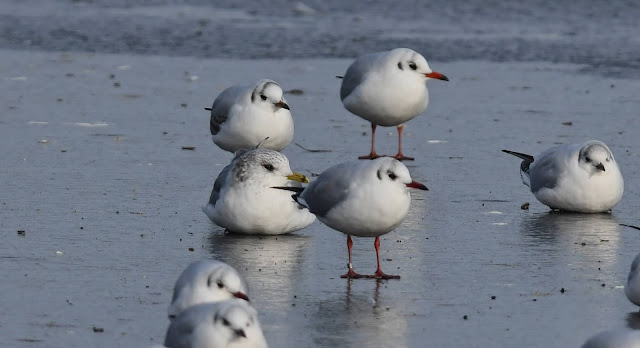 A really good looking Lesser Black-backed Gull in the centre here. Again, shows how considerably larger it is in comparison to the Black-headed Gulls that surround it. 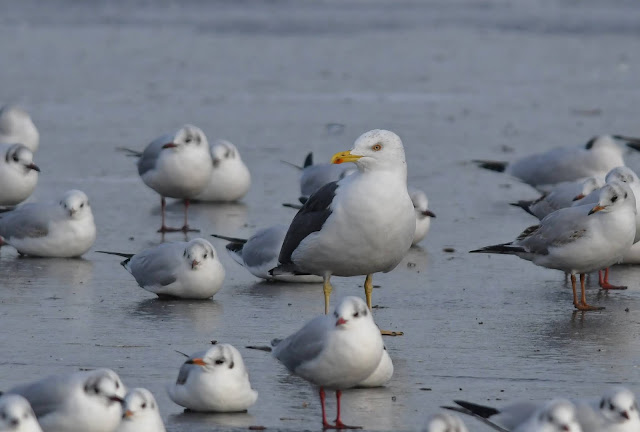 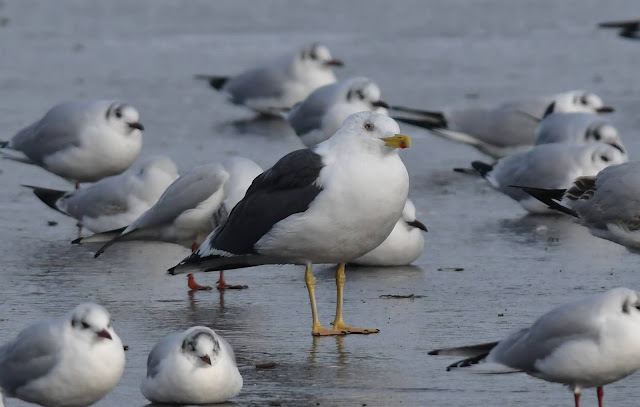 Everyone else making sure the Lesser Black-backed Gull has plenty of room. No ones friend. 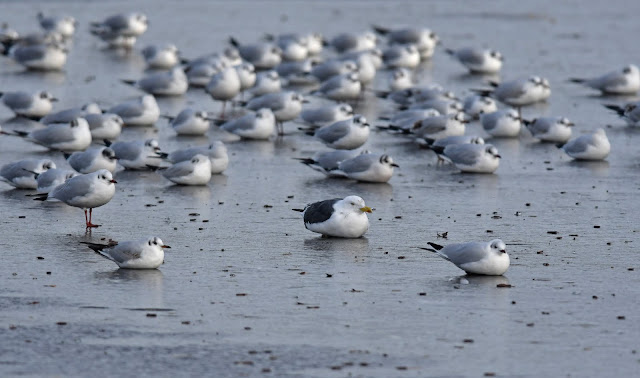 Still in lockdown, still not going out with the camera. So I have resorted to poking the camera lens out of the lounge window on my lunch breaks, as I am working from home. Thankfully there is a lot of activity out there at the moment, and the cold weather is helping to keep the birds very interested around the feeders. Coal Tits and Long-tailed Tits are busy on the fat blocks, but far too quick to capture as I stand at the window. Blue and Great Tits are always around and the odd Redwing pays me a visit.

I tried to pick out the easy targets, and some of those happened to be the ground feeding birds.

Dunnocks are looking good at the moment. 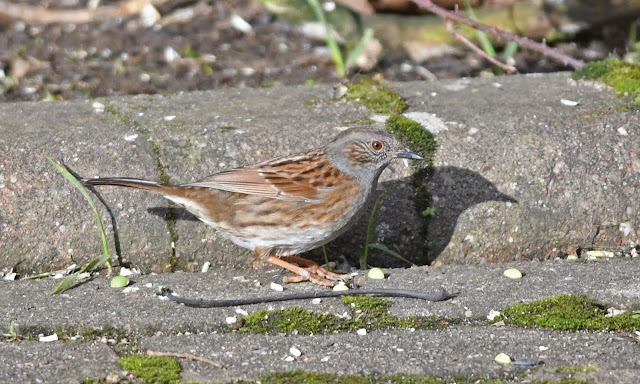 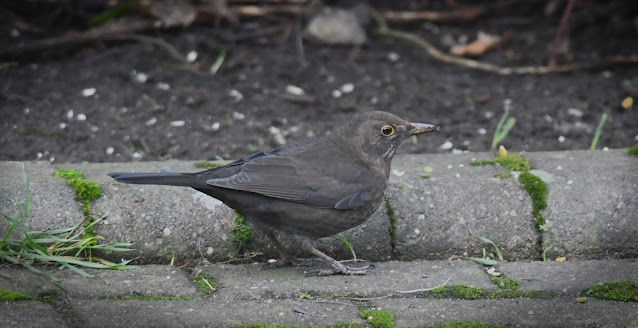 Not exactly a bird, but I couldn't resist this little guy. 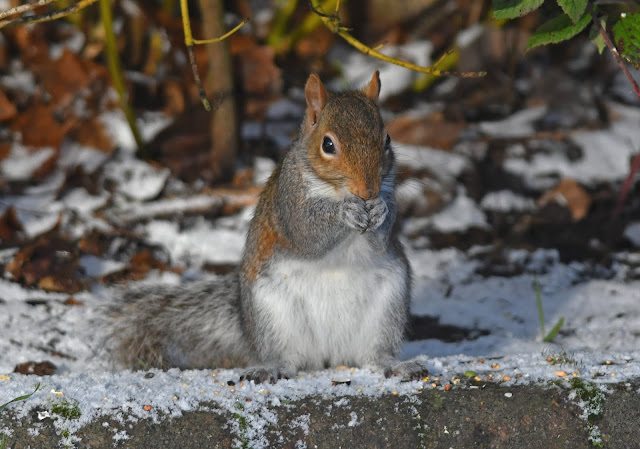 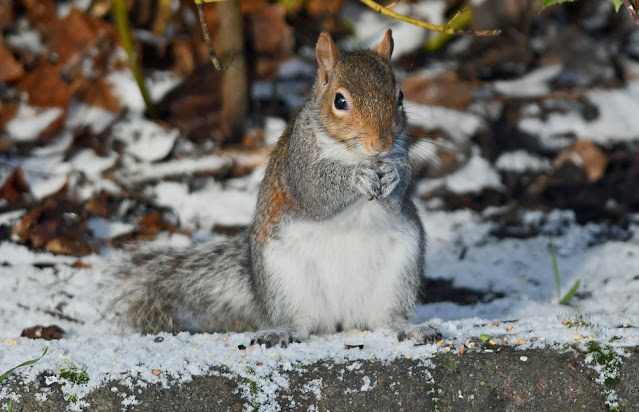 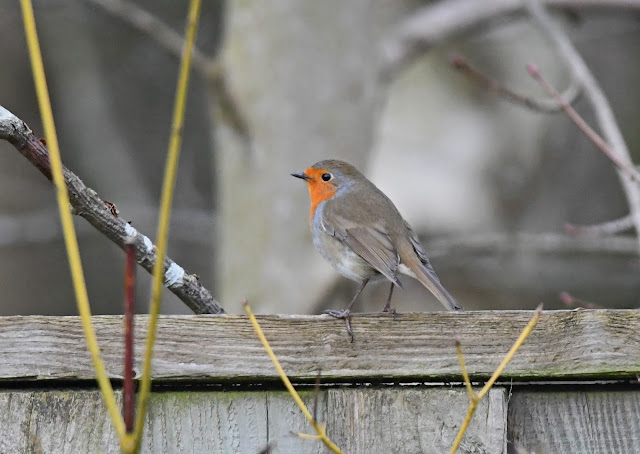 A distant Treecreeper has been a nice surprise visitor on a few occasions. Tends to move around with the Long-tailed Tit flock. 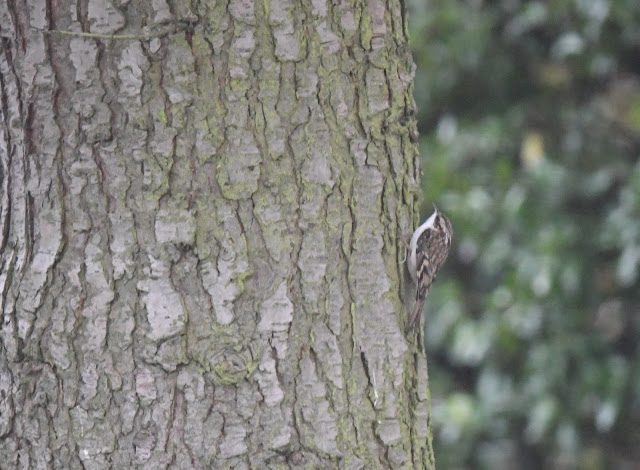 Long-tailed Tit. Apologies for the blur. I am hand holding without a rest or monopod. 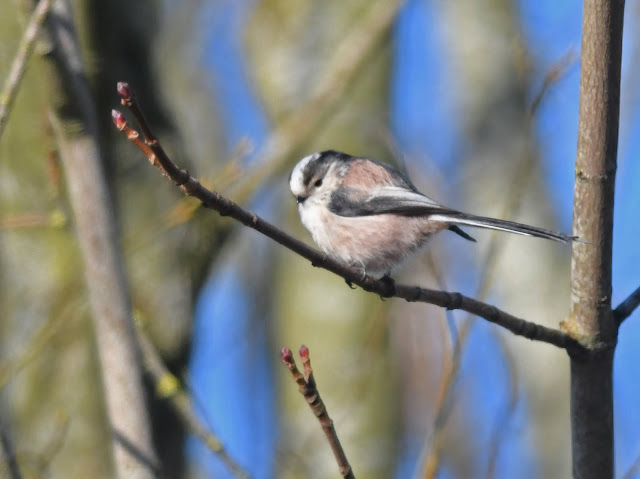 Spring will soon be here.

I'm taking a look back at some pictures I took in the Spring of last year, as I can't get out at the moment. Not birds this time either.
I saw this Brown Hare while at Cley in Norfolk. It spent a good time chasing around the surrounding fields. Nothing unusual you'd think about that, but then it did something I've never seen a Hare do before. It got into the water and swam from one side to the other. It really shocked me, and had me watching open mouthed. 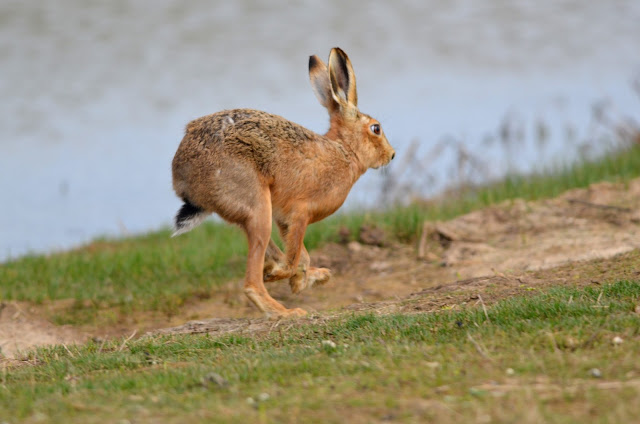 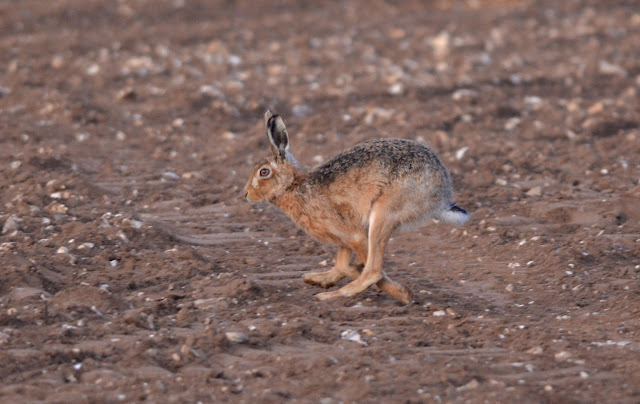 Not where you'd usually expect to see a Brown Hare. 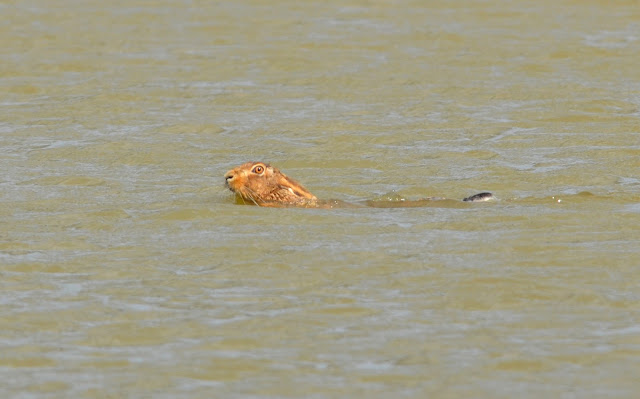 This Stoat came back to see if I was really watching him. I sure was, and I knew he'd pop his head back up. 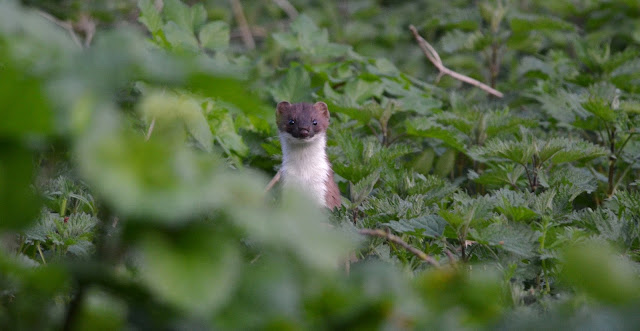 On New Years Day I headed out to try and kick start my new year list. I stayed local, but concentrated on an area I knew would give me a good number of birds across different habitats. With woodland, open farmland, hedgerow and water, I thought I'd be in with a good chance of seeing a variety of birds. I actually ended the day on 46 species, so was very pleased for just a few hours.

It was cold, with some fresh snow having fallen in the early hours, but already starting to melt. I knew the birds would be out and eagerly looking for food.

This Robin gave me an almost picture postcard pose in the snow. 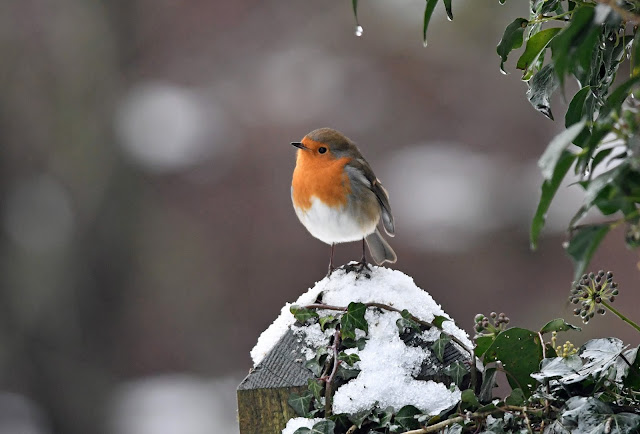 I've found a really good Tree Sparrow location, with around 30 birds. Not easy to find these days, so I always take my time when around them to observe and enjoy these secretive little birds. 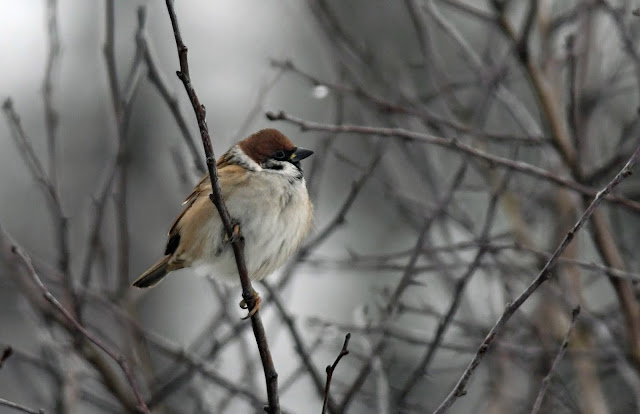 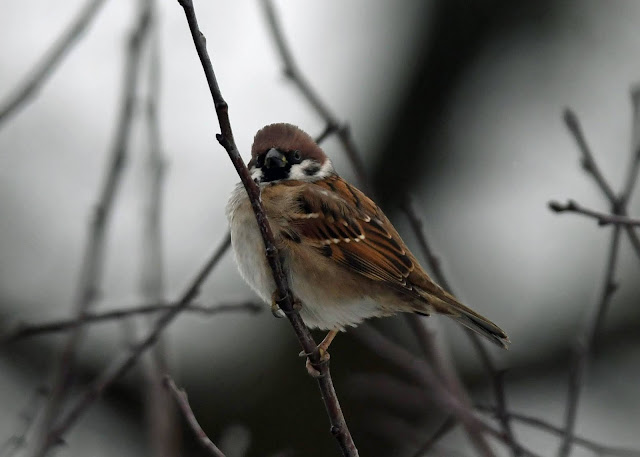 Lovely chestnut brown caps and the black markings on the cheeks. 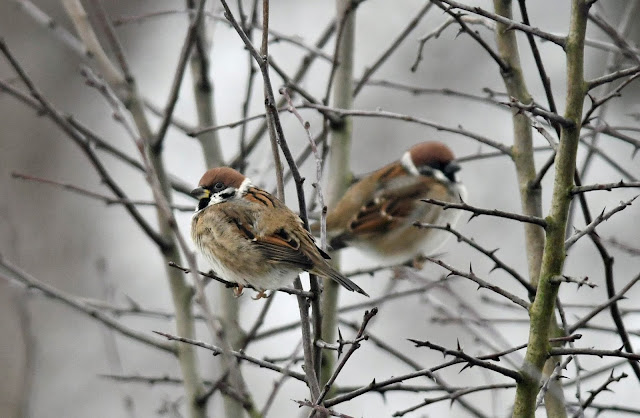 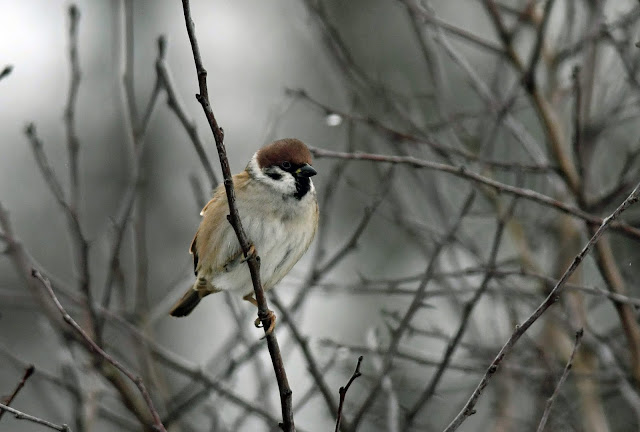 The real surprise of the morning was finding these Whooper Swans. 25 in total, and a really good early year tick. They didn't hang around long, but just long enough to ID them at distance through the binoculars and to take a couple of record shots. As you can see, these differ to our native Mute Swans with their yellow bills, and are just visiting here for the winter. They will head off back to the arctic tundra to breed in the Spring. 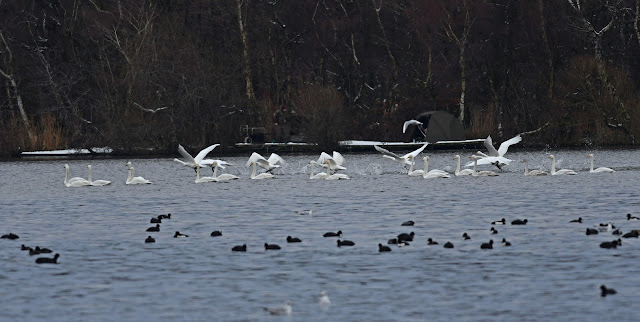