This week the clouds decided to drop snow rather than rain. The clouds are still here, but at least the snow gives back a little more light than the roads and pavement. It also meant that the birds were very active in my garden due to the cold weather. I had to top up the feeders as they were munching their way through loads. I decided to see if I could take some pictures of them from the lounge window. As I've not been out with the camera a lot recently due to the dull grey skies, it gave some light relief.

To top it off I had a Goldcrest that stayed around quite a while for me.

Female Blackbird does not look best pleased with the snow. 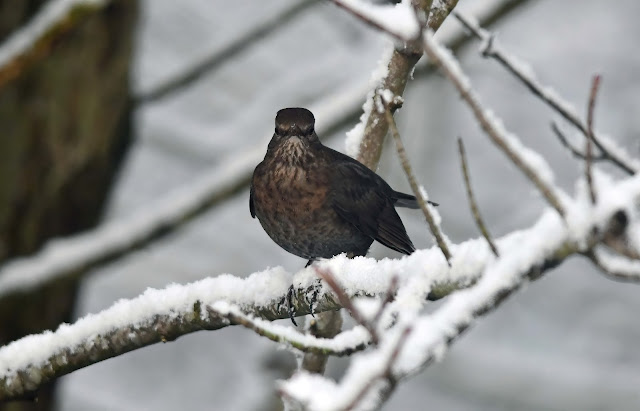 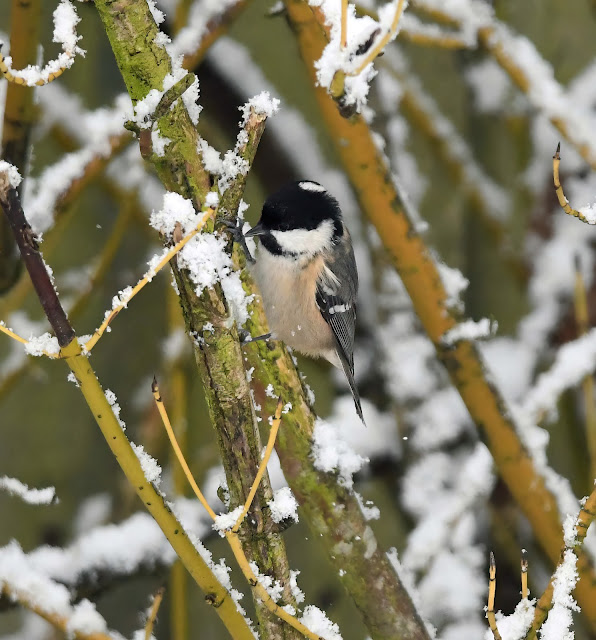 Europe's smallest bird, the Goldcrest. So small and so fast. It never stays still. 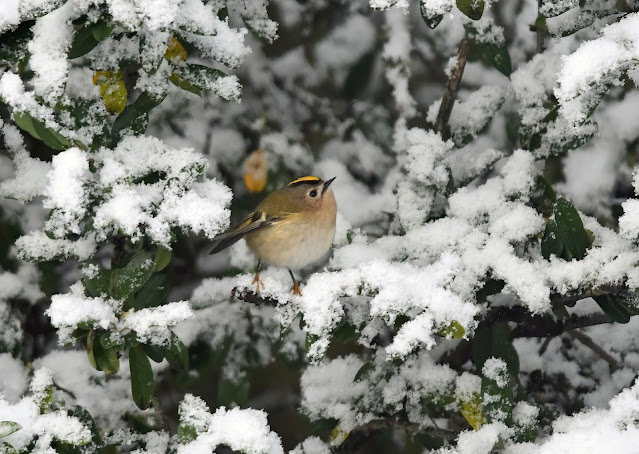 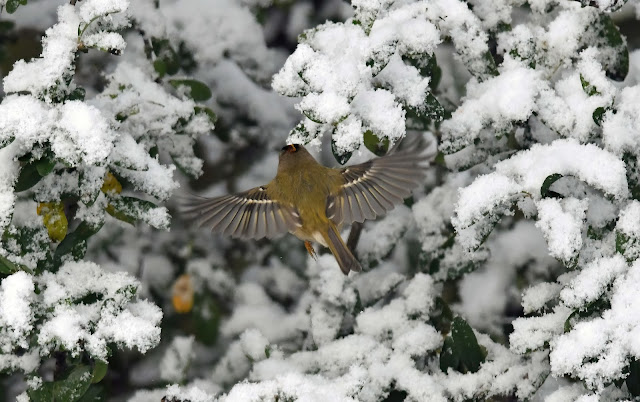 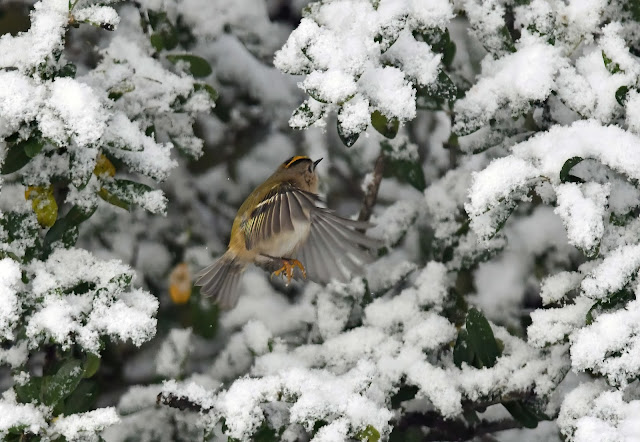 Hard to beat a Robin in the snow. 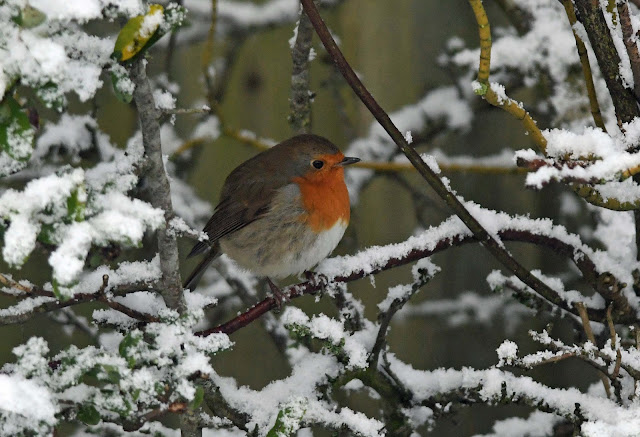