I think it's roughly a mile from the visitor centre at Titchwell down to the beach. It's a very open area on both sides, so it's always a pretty breezy walk. In January, when it's cold and the wind is a little stronger, it can be quite an uncomfortable walk.
I left Mum and Dad in the warmth of the café with their hot drinks and trudged off. It was my aim to get to the beach no matter what, but there are always many stops to make on the way. I caught sight of a Snipe in flight over the salt marsh and Marsh Harrier hunting in the distance. Lots of Dunlin and some Avocet kept my mind off the wind for a while.
I got to the beach, and it was windier still. I picked out a Common Scoter on the sea, but not a lot else. The waders were what I was really after, and they were on the shore line even further away.
I kept walking though and got as close as I dare. I never want to frighten the birds, as they are not just there for me, but everyone. I like to let them come to me, and if you keep your distance, keep low and move slowly they will eventually head your way. 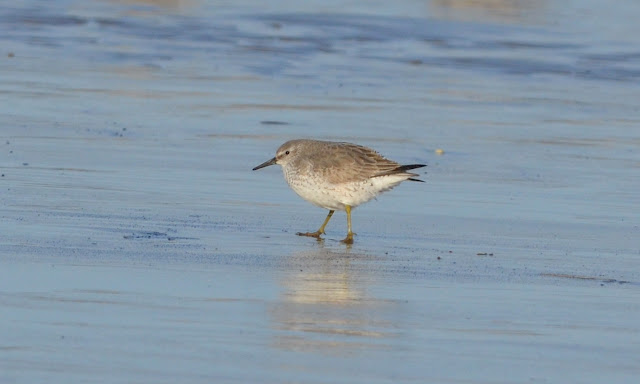 Sanderling scurrying around as usual, making it hard to photograph. 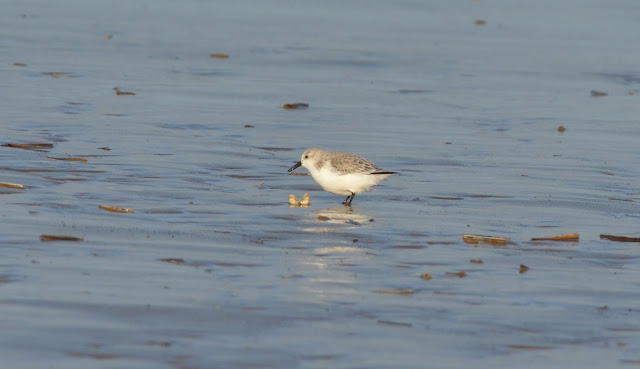 Sanderling. Shaky shots due mainly to the windy battering me sideways. 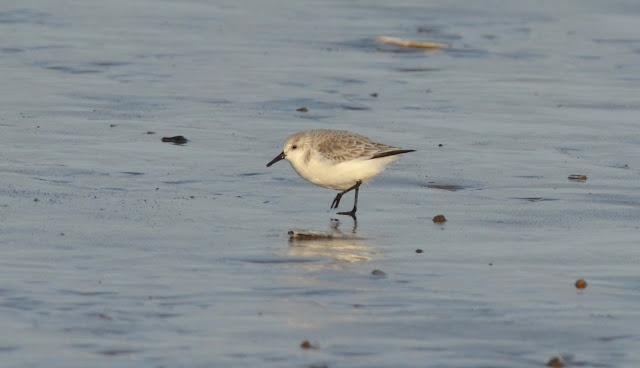