I had the huge privilege a couple of weeks ago of watching the last ever Vulcan bomber fly just a few miles away from my house in Woodford. In fact it was to fly directly over my patch in Woodford, as this was where all Vulcans were built. The aerodrome I have mentioned in previous posts is where the Lancaster bomber, Vulcan and Nimrod were built by AVRO. Sadly this aerodrome is now closed and marked to have 950 new houses built on it, at a huge cost to the local wildlife. Nesting Curlews, Oystercatchers, Lapwings and Skylarks, to name a few,﻿ will have to find a new residence. The peace and tranquillity will be gone for ever.
Anyway, I have to get over it.
The peace was certainly shattered on this fly by tour of the Vulcan XH558. Once Britain's cold war nuclear bomb carrier, the Vulcan was only used once in anger, during the Falklands conflict of 1982. Built in 1960, it is now 55 years old and what an engineering feat it is. A truly majestic sight to see in the sky.
A museum has now been built at Woodford to commemorate the work carried out here over the many years, and their own Vulcan, painted in anti-flash white, sits proudly outside.
A real shame that this plane will no longer fly beyond this year, but I'm glad I had the pleasure to see it fly over it's home, and my birding patch before it is retired. Just awesome! 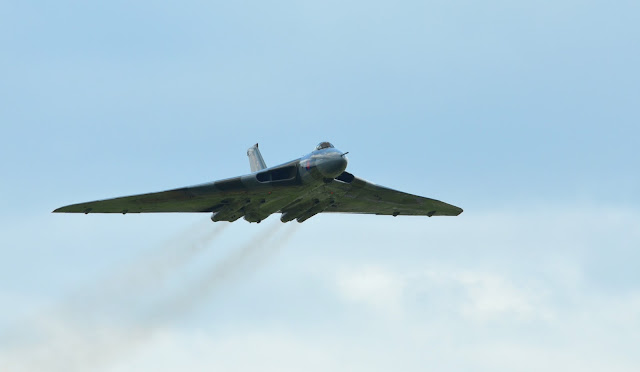 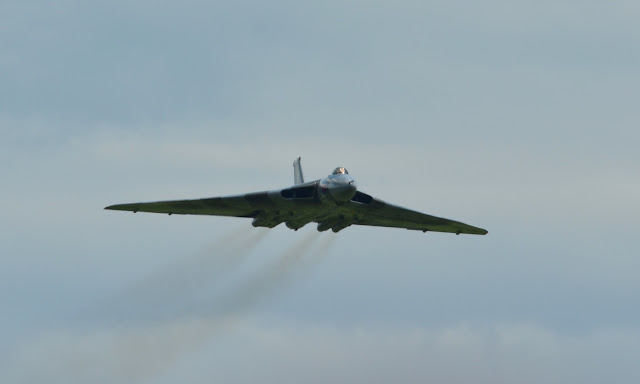 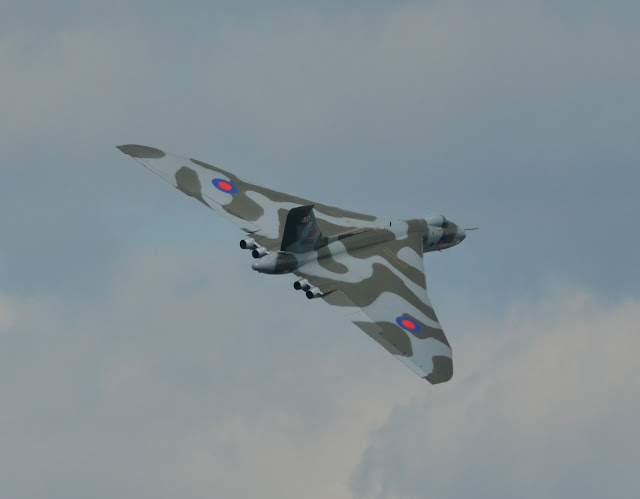 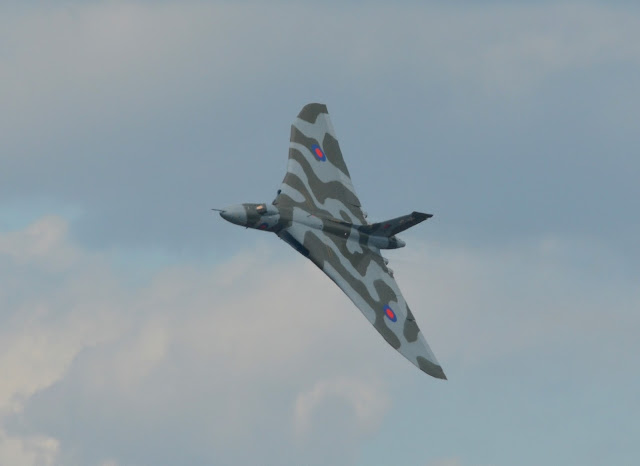 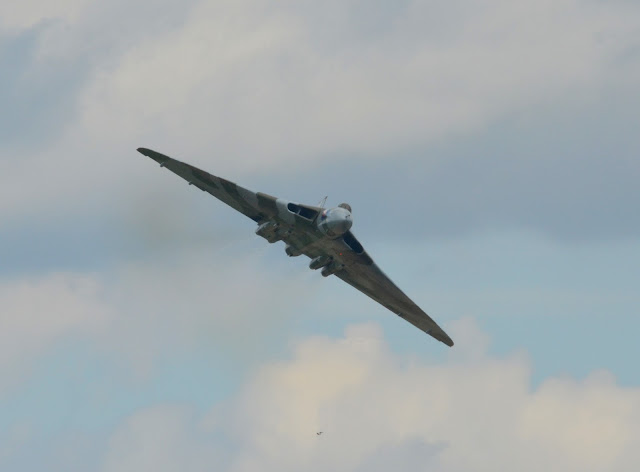 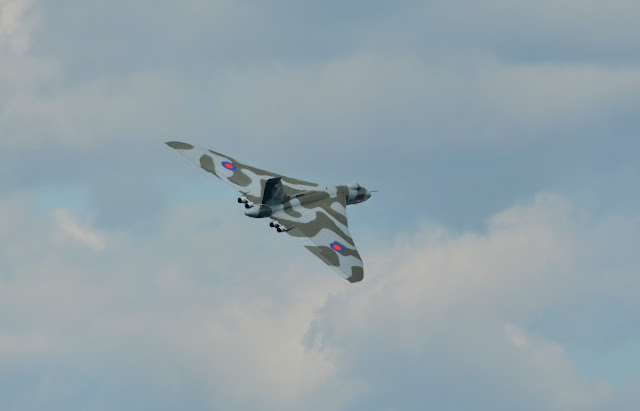