The Cetti's Warbler is so often seen but not heard. A loud burst of song from within a dense bush is usually all you get. I saw my first one at Titchwell in Norfolk last year. After hearing several bursts it appeared close to the boardwalk. It sat quite proud for a moment, tail cocked, and then shot off into the undergrowth again.
I've had a few encounters this Spring too. Pennington Flash came up trumps again and gave me fleeting views by the hide, but the New Forest was excellent for the number of singing birds and those willing to show themselves.
It's a very nice looking bird. I just wish it was seen more often, because they are there.


Apologies about the twigs.﻿ 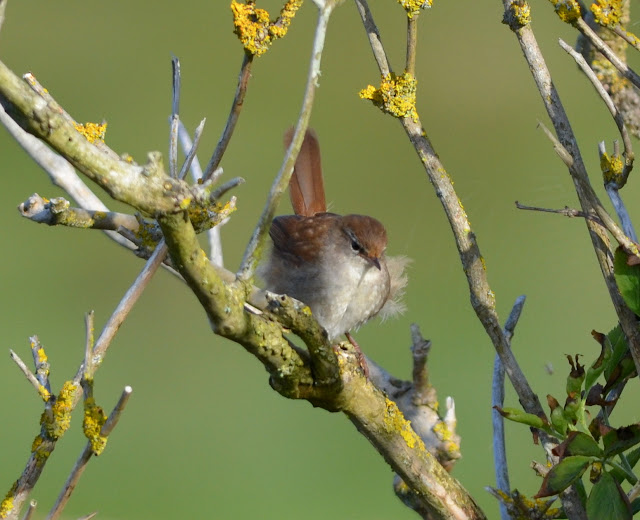 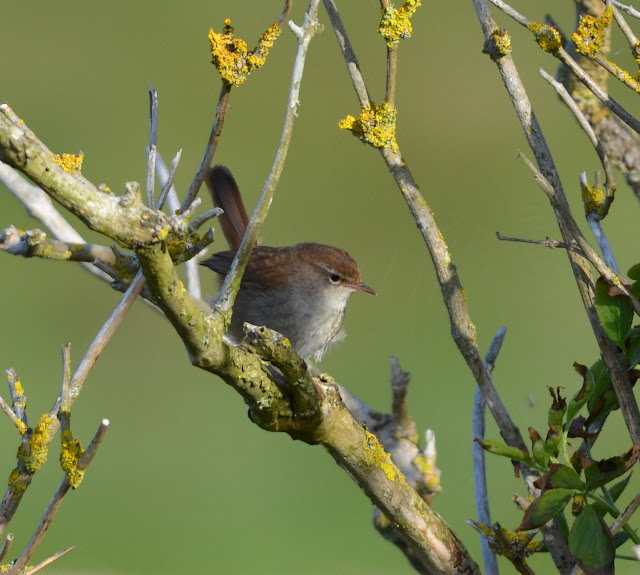 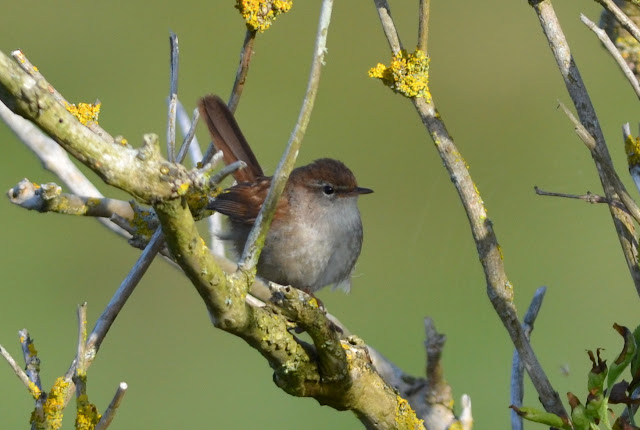