I went a little further afield last weekend, as we are now allowed to do. The weather was set to be sunny pretty much from the off, so I headed to my favourite of places close to Macclesfield Forest. I was there nice and early, so as to beat any walkers or cyclists. I stopped off at a few points on the way, where I knew I wouldn't even need to leave the car to see things.
One of these places had me watching a pair of Crossbills drinking from a puddle at the side of the road. A great start!

I moved on and parked at an area I have been to often. The area has Dipper and Grey Wagtail on the river nearby most of the year. You can add another half a dozen species or more at this time of year though. With Swallows, House Martins, Willow Warbler, Blackcap and Chiffchaff to name a few. I was lucky enough to hear and see a Common Redstart just behind me, and on a short walk I picked out a lovely male Pied Flycatcher. A Cuckoo was calling not far away, but it never revealed itself, much to my annoyance. It sounded so close too. 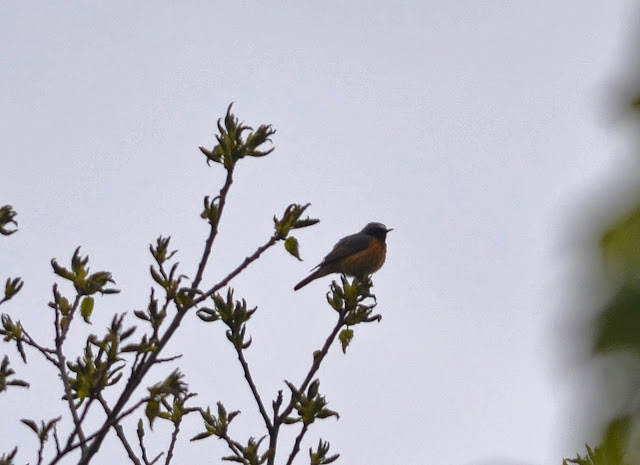 Male Pied Flycatcher, again high up and too far away. 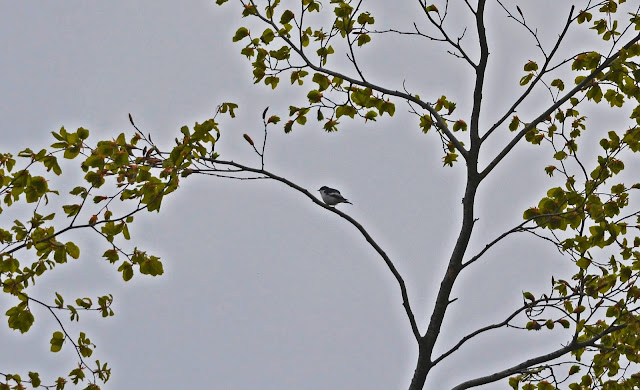 I did find, (and I really wasn't expecting to) a pair of Spotted Flycatchers. They were likely to be new in to the area, and they were busy doing what Flycatchers do, but also perching nicely now and again. I kept my eye on them and I think they were checking possible residences, which would be great news. They made my early morning get more than worhtwhile. 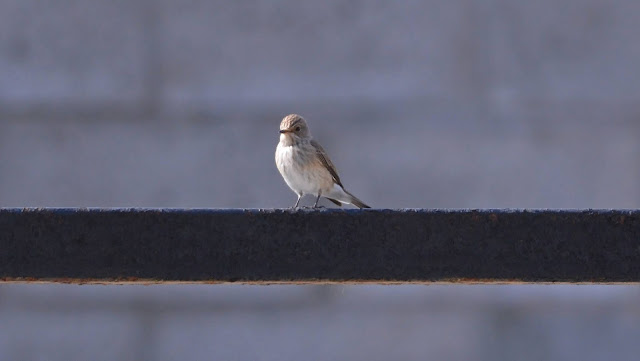 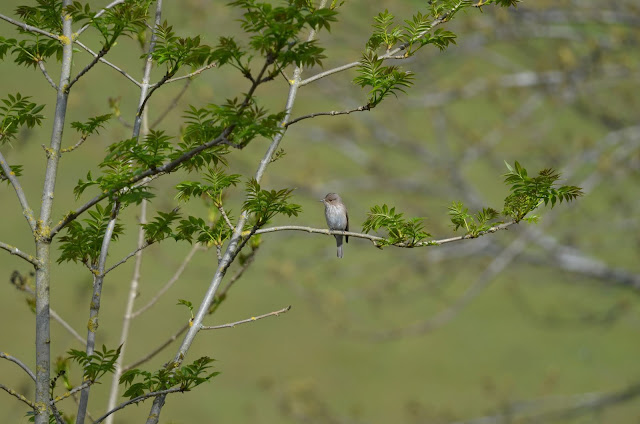 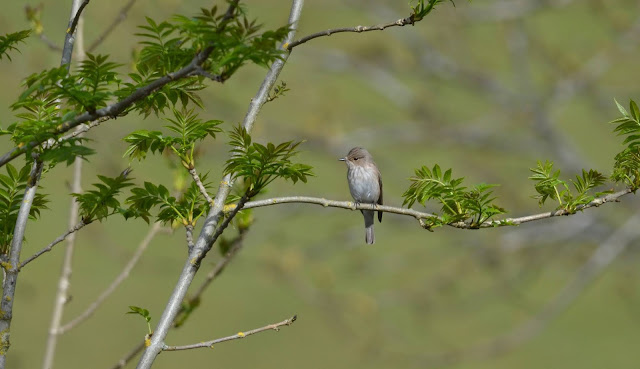 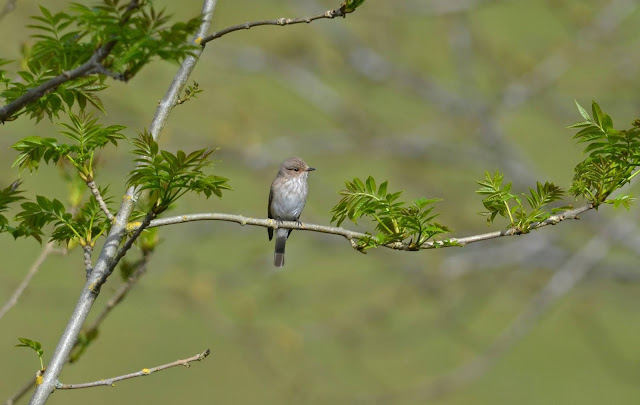 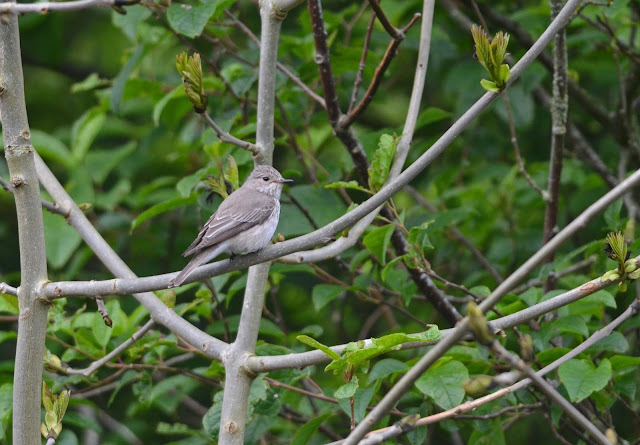 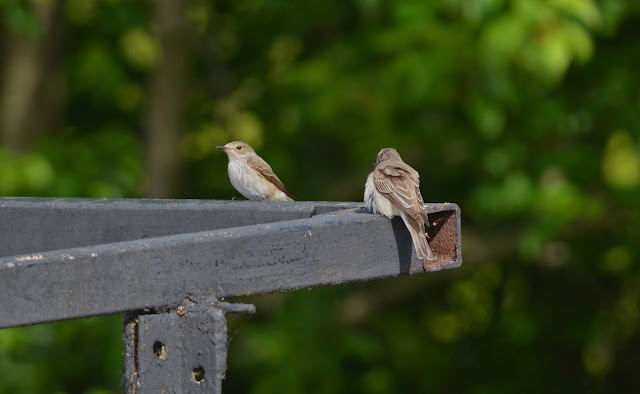 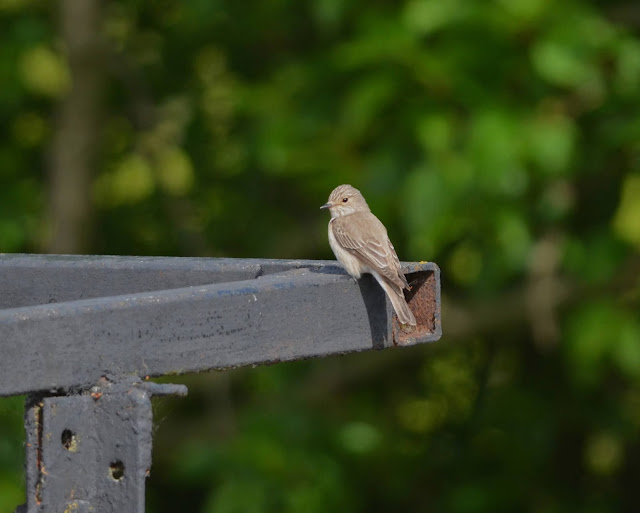 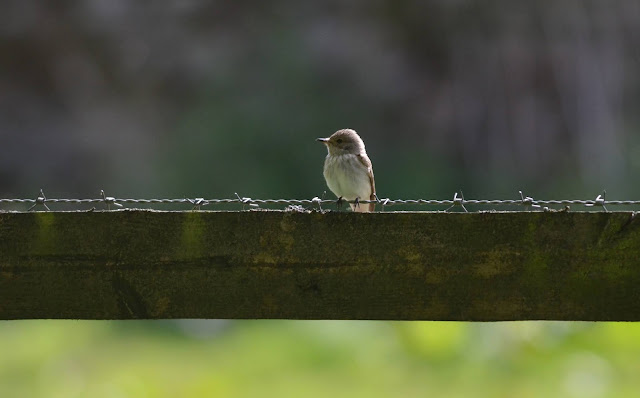