I've seen a lot more activity from Woodpeckers recently. Sometimes quite difficult to see as they move around trees on the blind side. I found this female recently. She was busy pulling at the moss that was making the trunk of this tree look like it was covered in green carpet. At first I thought she was plucking off nesting material as she was really giving it a good tug. Having watched for a few minutes though, I think she was after food that was within the moss itself.
It seemed oblivious to my presence, as I hid behind my car. It allowed me to get quite close to a bird that it usually quite difficult to capture. 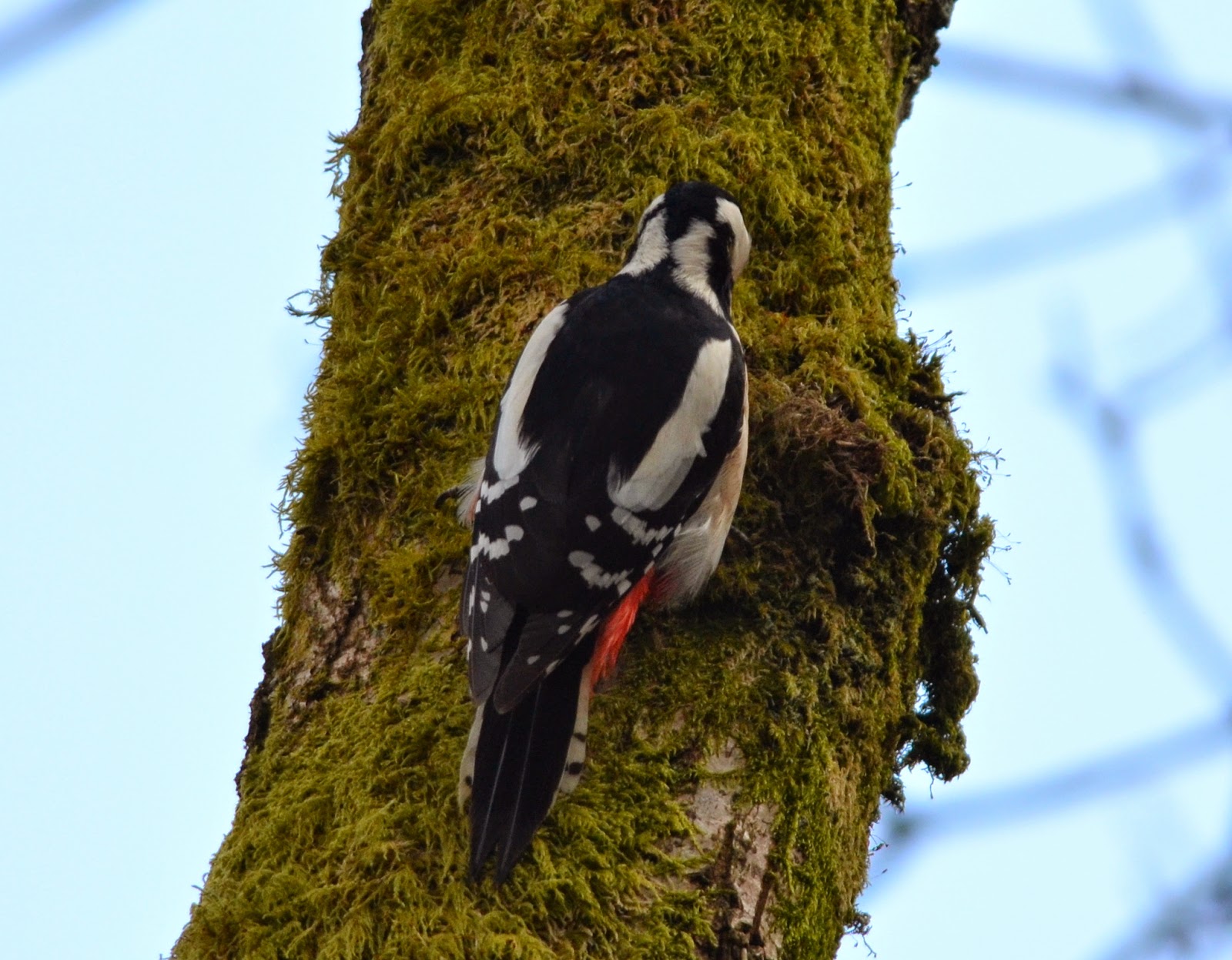 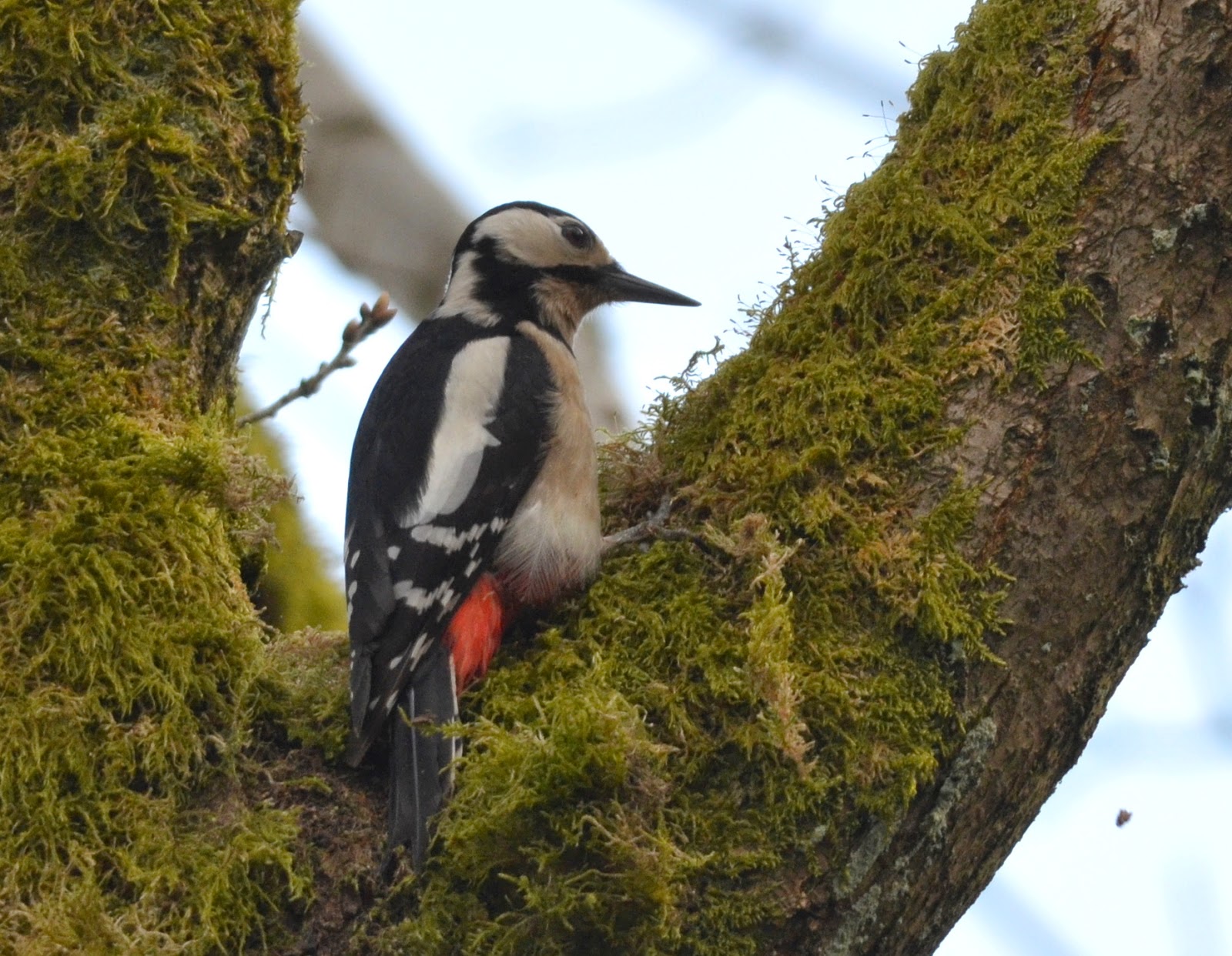 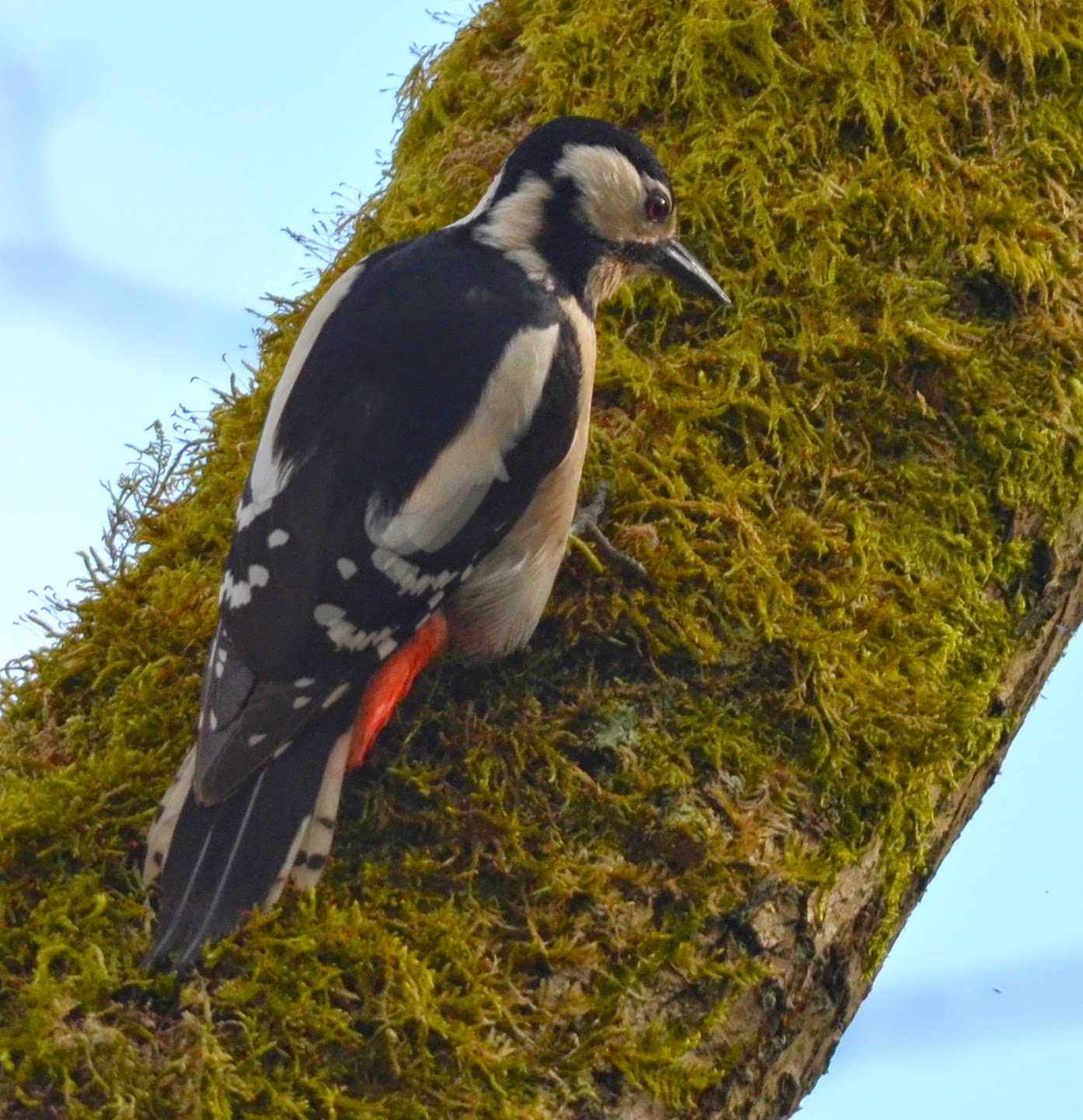 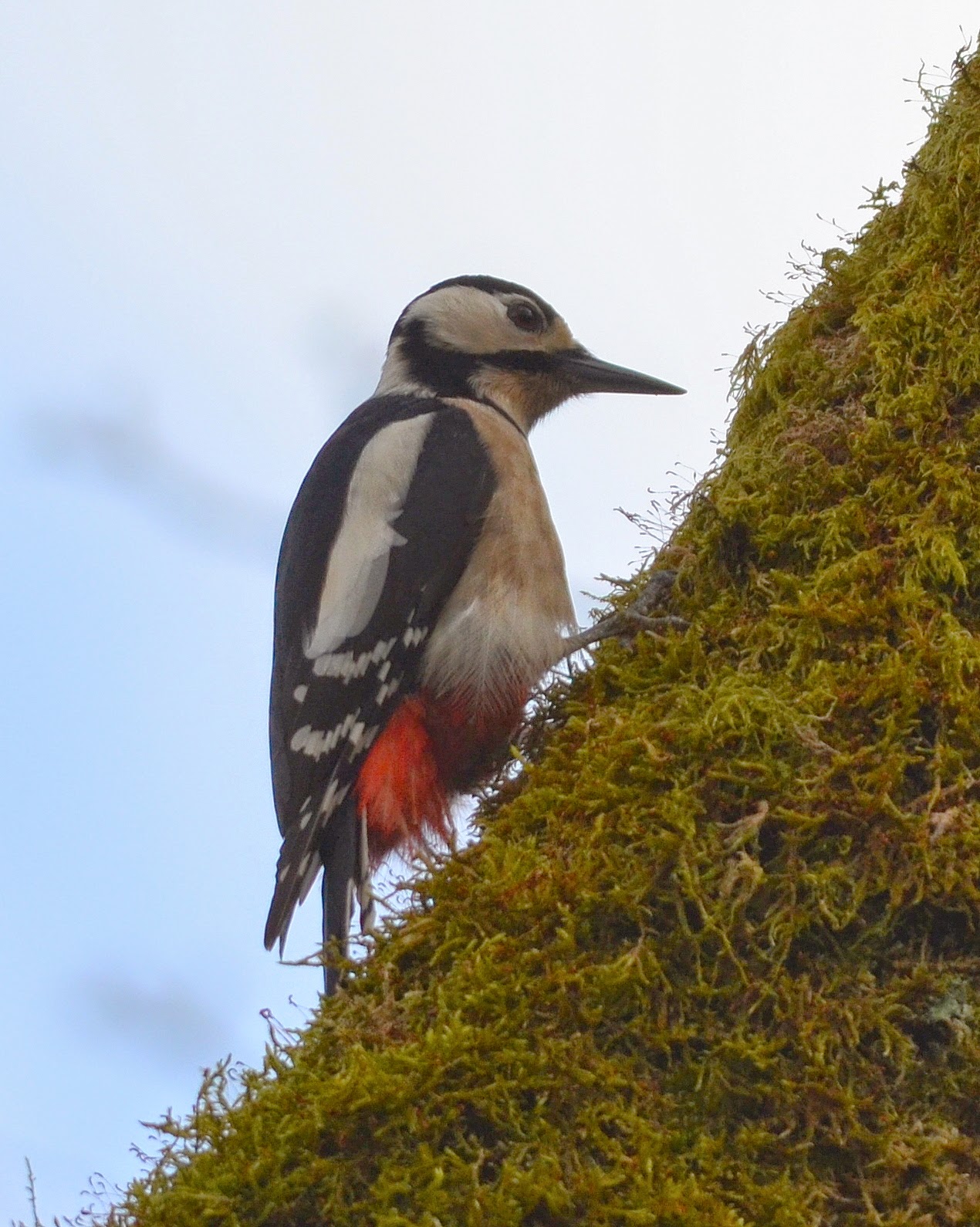