Well, it's been a long time since I last posted. I took myself out to Macclesfield Forest today to go over some familiar ground and to try and get back in to the swing of things with the camera. I wasn't expecting to see too much, but you really never know with this area. Quite often it's just the usuals but then at other times it throws up some real beauties.
I must say, I was pleasantly surprised with my list when I looked back on it. Straight from the car park at Standing Stone I spotted two birds working along in the near undergrowth. Bingo!! Two juvenile Redstarts. Probably my favourite summer visitor.
I watched these for some time. They were joined by many juvenile Willow Warblers, a juvenile Robin and a Wren.
I moved away in time to see a mixed flock of 30+ finches taking flight into a tree. Right behind them came a Hobby, which carried on through to join up with another. What a great start, and only 15 minutes in.
I ventured down the road and came across many Meadow Pipits and then another surprise, a lovely juvenile Wheatear. I've not seen them in this area before, but I guess the young are venturing out on there own and finding their own way.
Making my way up to Danebower it was pretty cold and raw. One Curlew and one Raven plus the usual Meadow Pipits were as exciting as it got, so I moved onto Carsington Waters. But I'll save that for another post later this week ;-)


One of the two juvenile Redstarts I came across this morning 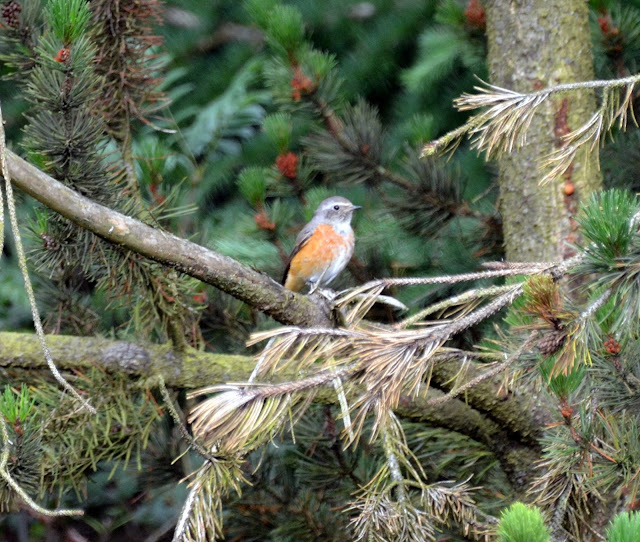 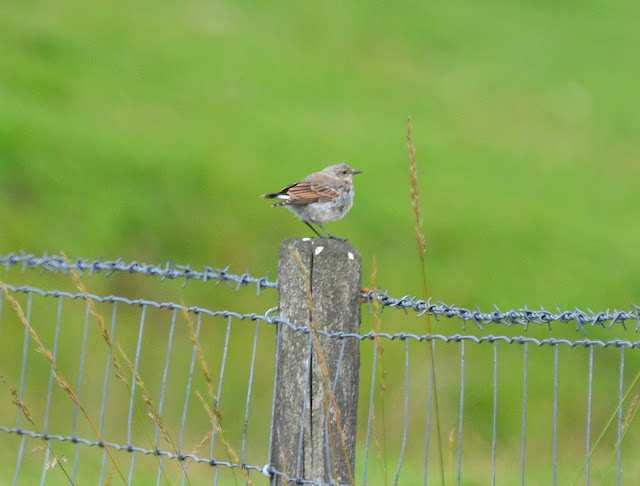 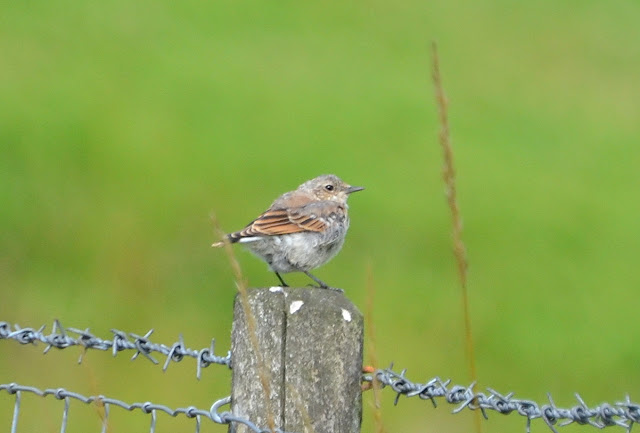 Meadow Pipits were in abundance.﻿ 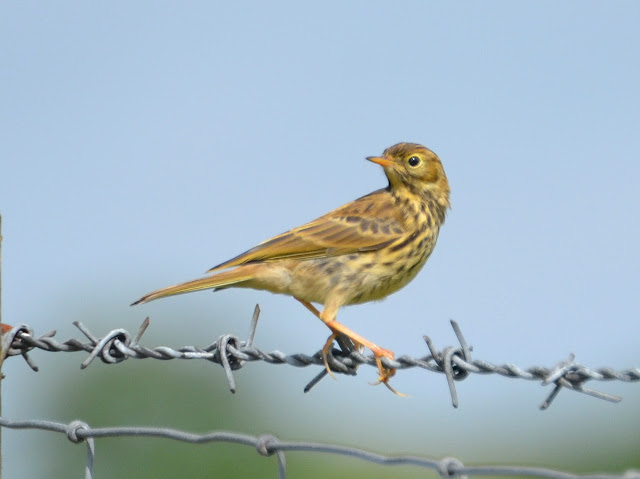 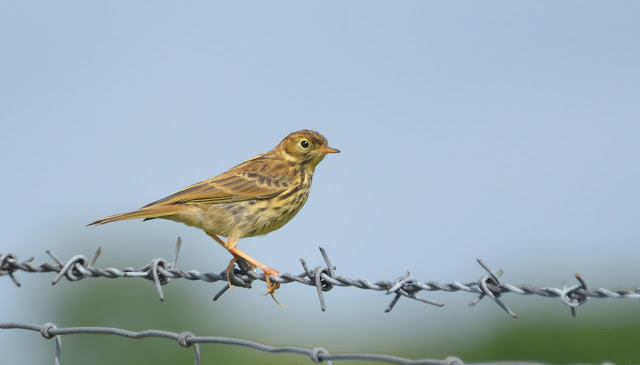 This juvenile Robin looked a bit lost and as though he'd left the nest a little too early.﻿ 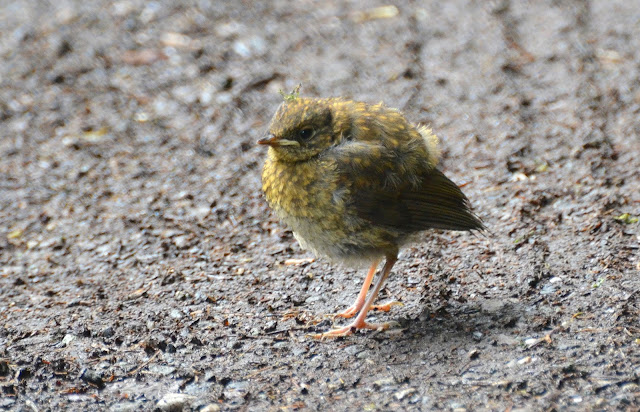