Waxwings are one of those birds that make you go Wow! Back in the winter of 2010/2011 I was lucky enough to see good numbers of them on a few occasions. Every winter since I've been hoping and praying that I'll see another. There have been some around, but never in a place or at a time that was easy for me to get to see them. Until now.
This particular bird has quite a story behind it. It is a lone bird that has returned to the very same garden that it was feeding in in February 2013 with as many as 100 others. We know this as it was ringed as a first winter female at that time. The rings confirm that it has returned. The very good owner of the house puts apples out for the birds to feed on, and must be commended for his superb work in doing so and alerting others to its presence on a daily basis.
This time the bird is on its own, but it was such a joy to see. I hope its not another four or five years until I see my next one. 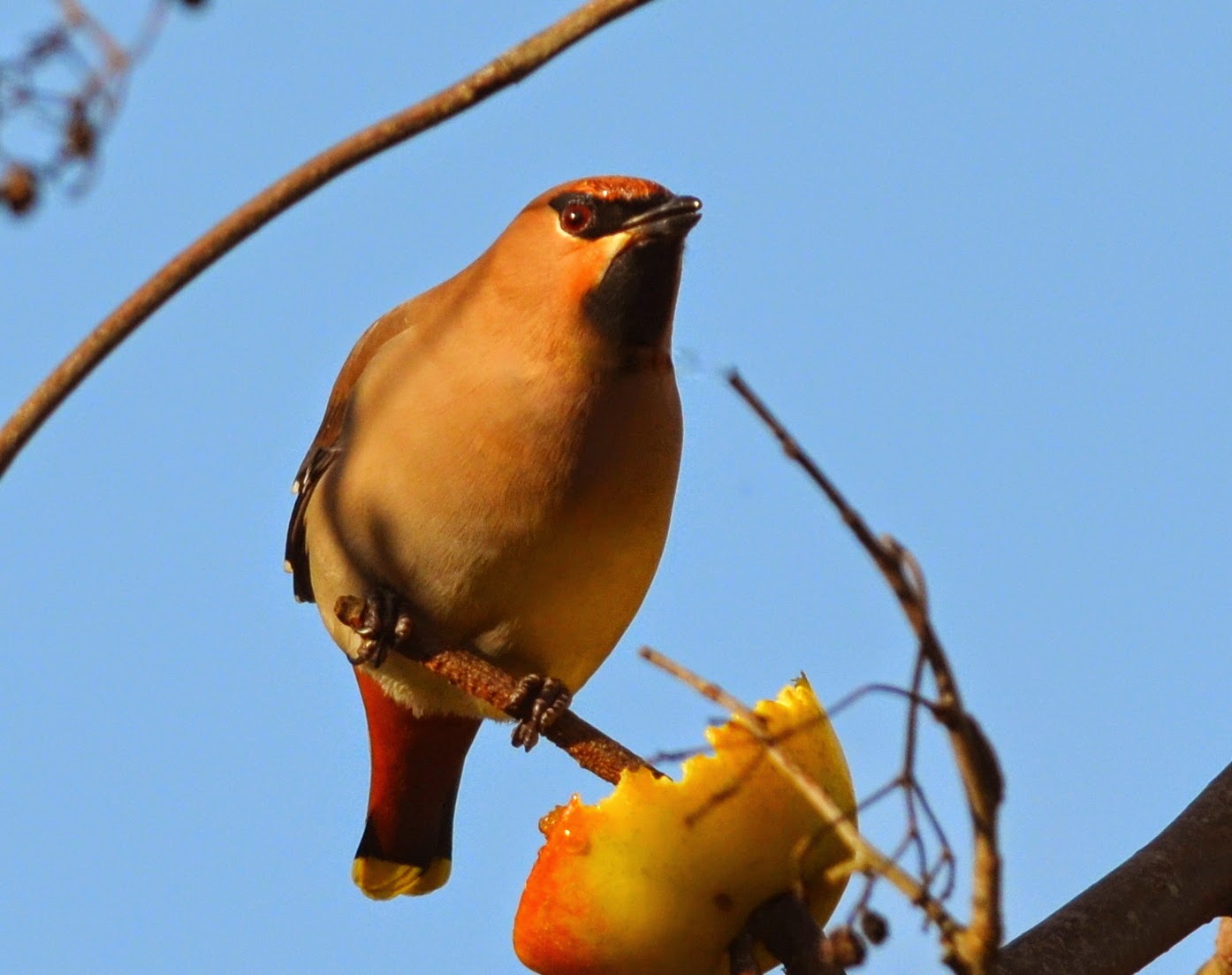 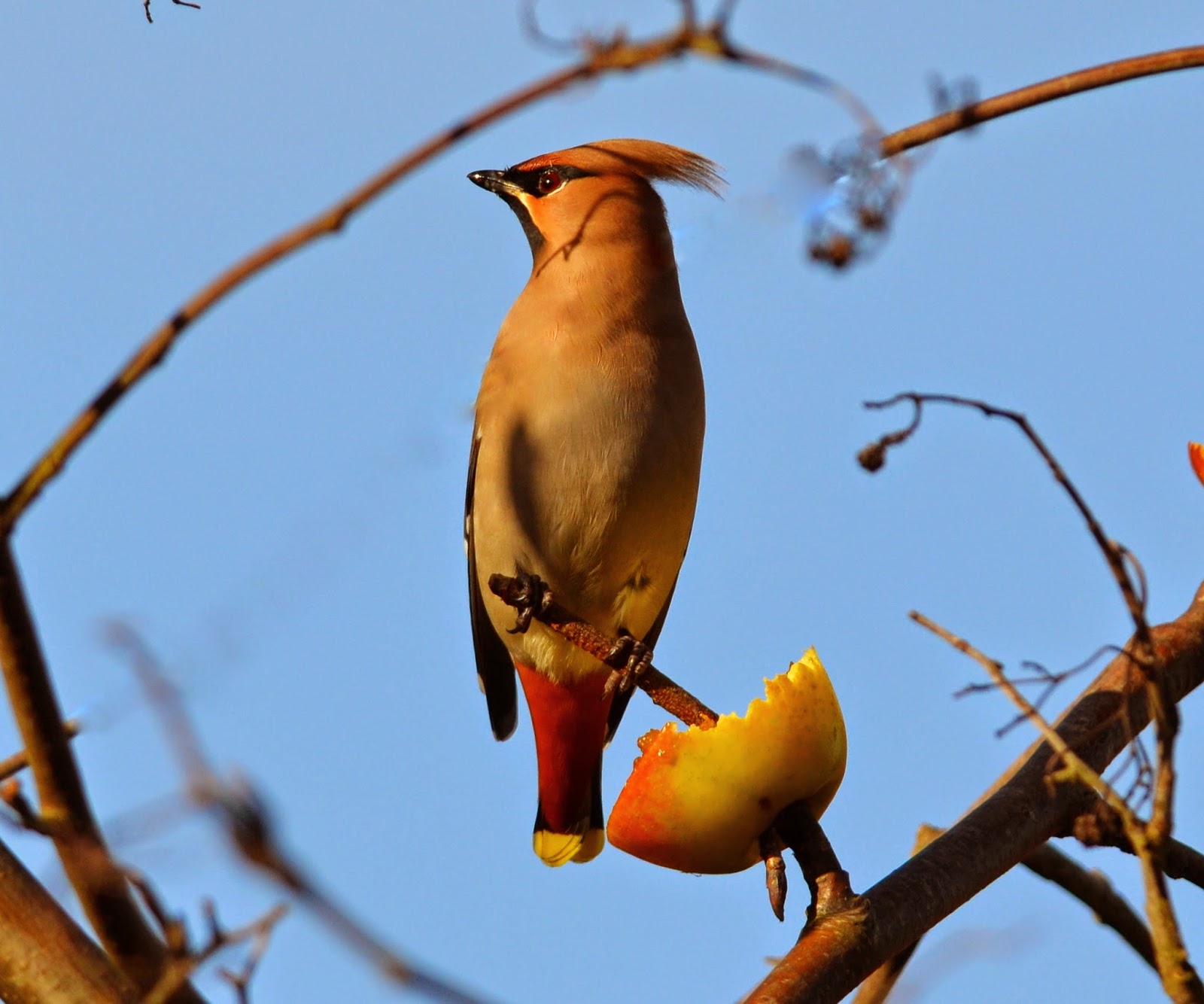 Email ThisBlogThis!Share to TwitterShare to FacebookShare to Pinterest
Labels: Waxwing