During my vain attempt to locate Hawfinch a few weeks ago in Norfolk, I did stumble across a bird that I tend to only see in Norfolk. Although, having said that, I did see one in Greater Manchester last year, but that is quite a rarity.
The Marsh Tit. So similar to the Willow Tit, that it is pretty damn difficult to separate the two. It's a great little bird though, and on the cold morning that I saw them (at least 2) they were playing ball rather nicely. Usually so quick to dart in and out of the feeding area, that it's a real challenge to put the binoculars on them.
Thankfully, there was a nice amount of food out for them and they were frequent visitors to a fence post that allowed me to set up the camera and wait.


Marsh Tit, tucking in to breakfast.﻿ 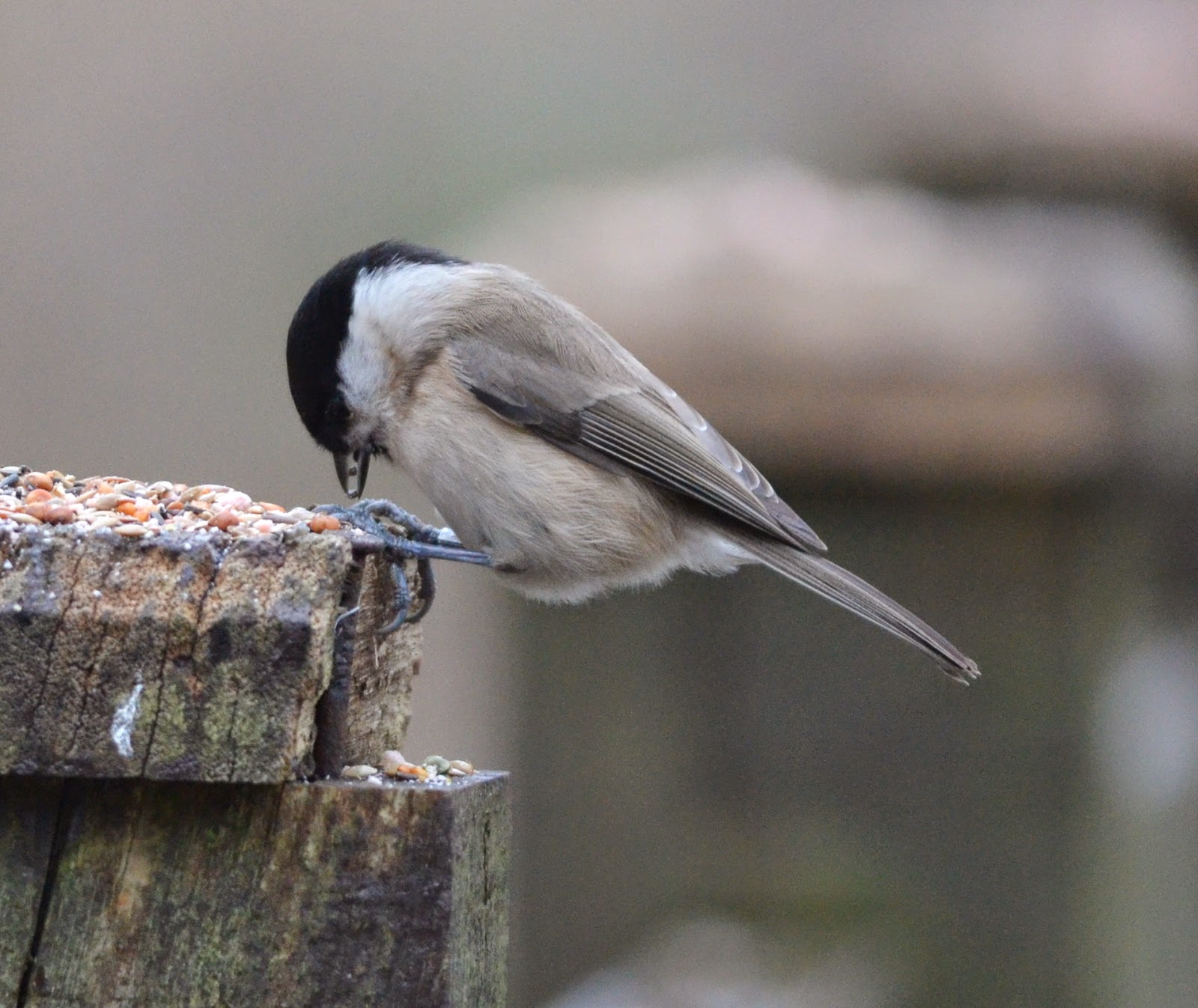 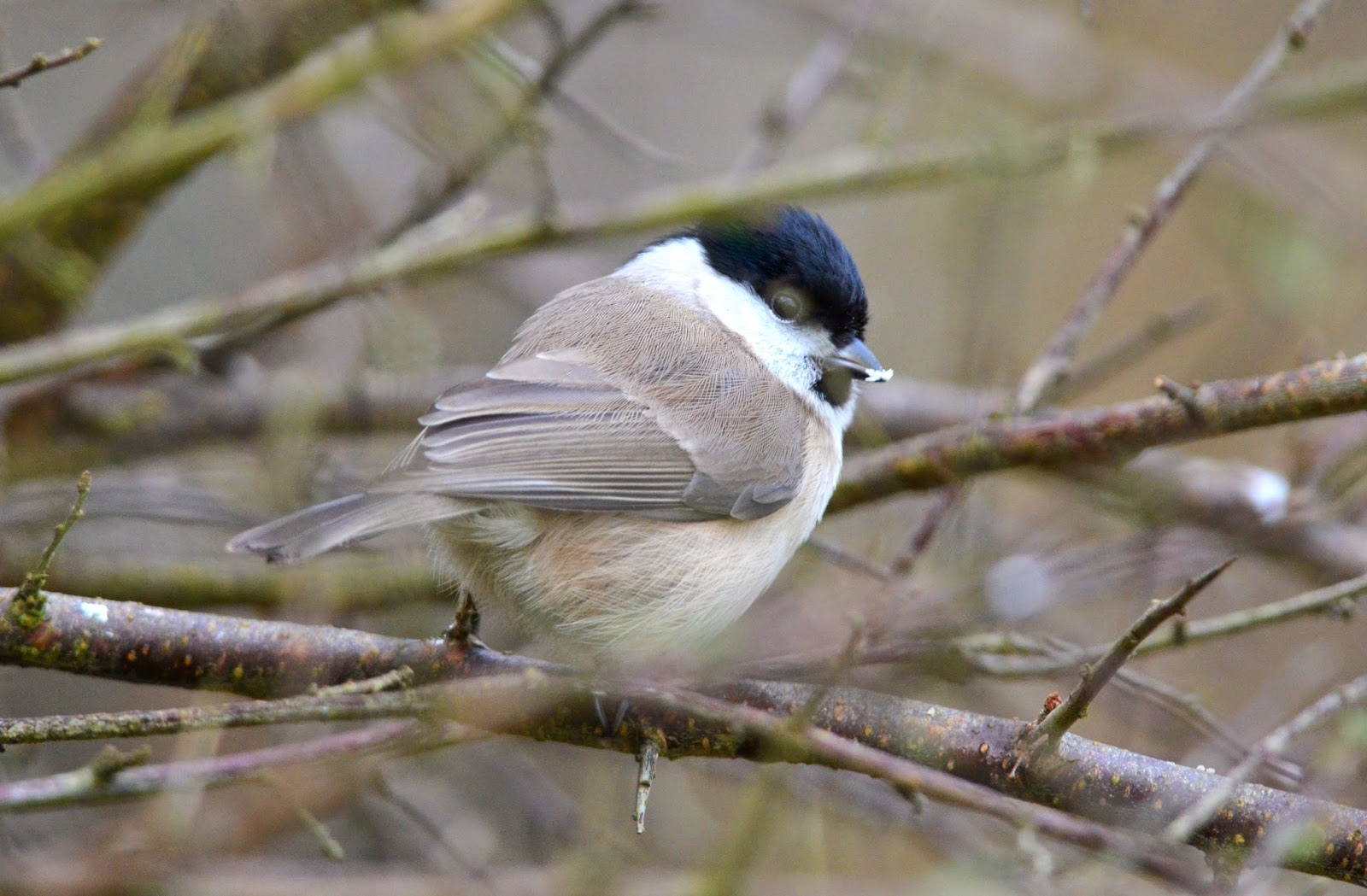 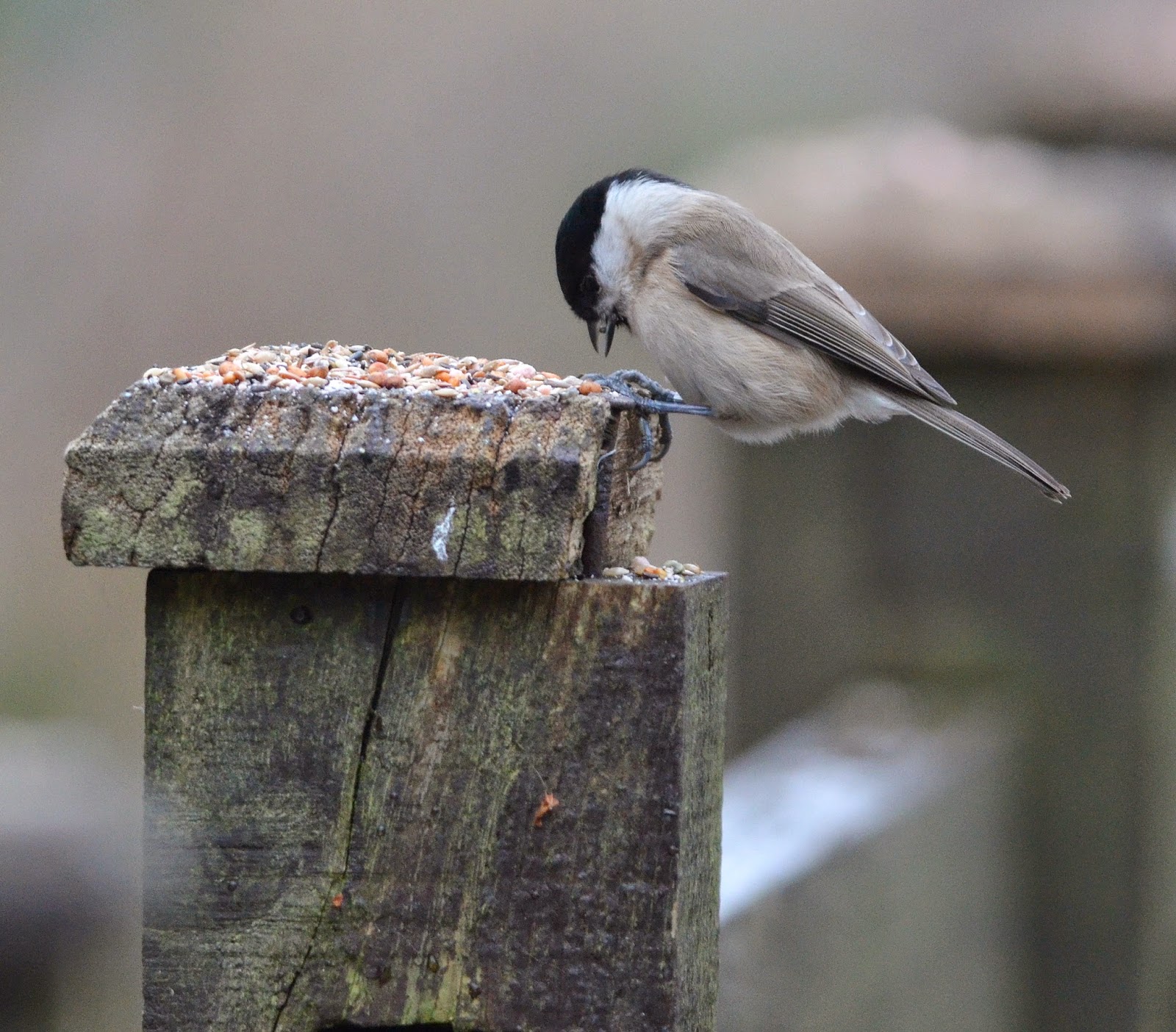 Foraging in the undergrowth  were a couple of Nuthatches.﻿
﻿ 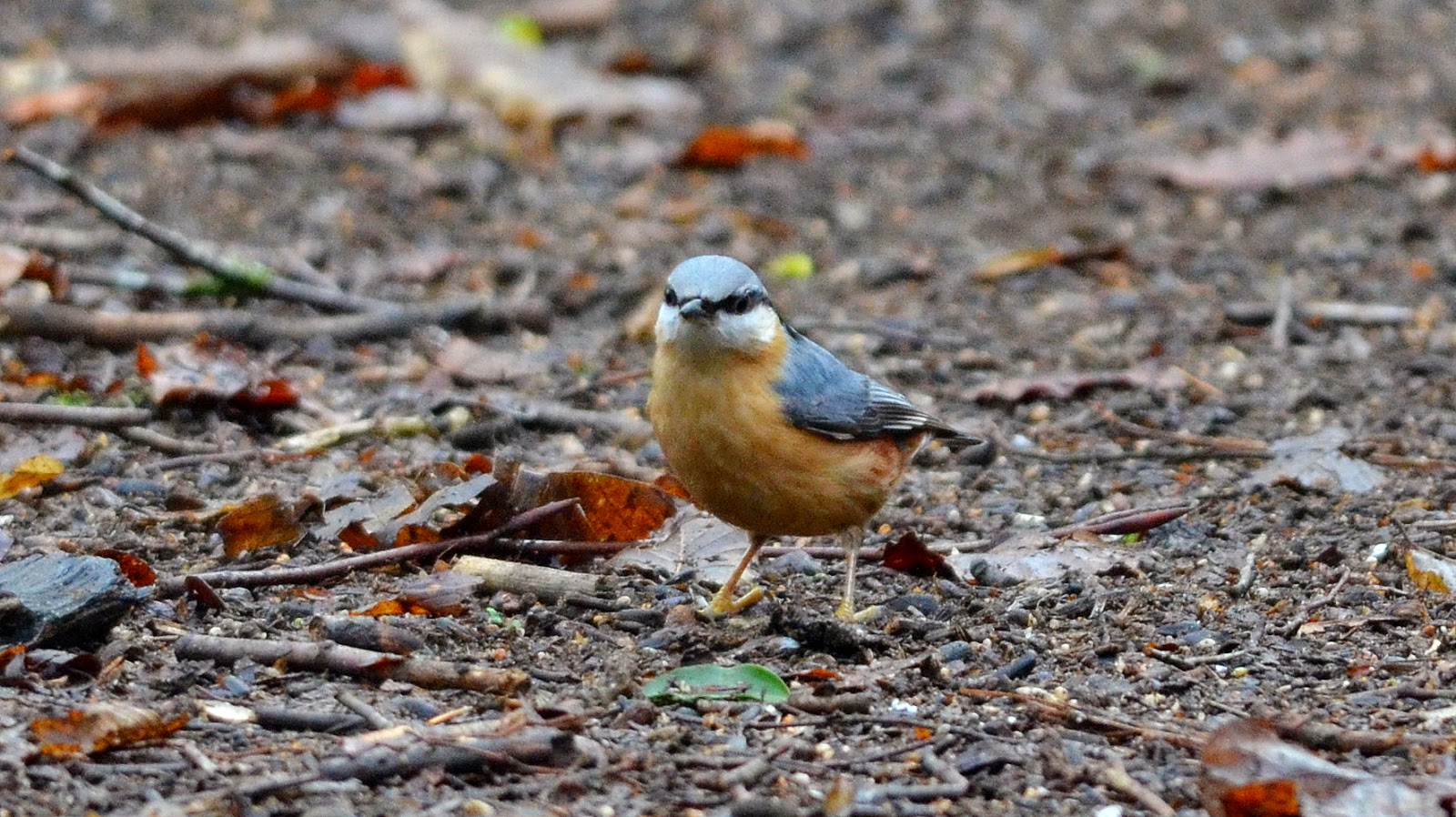 A Robin, so friendly and so close, I couldn't get it all in the image.﻿ 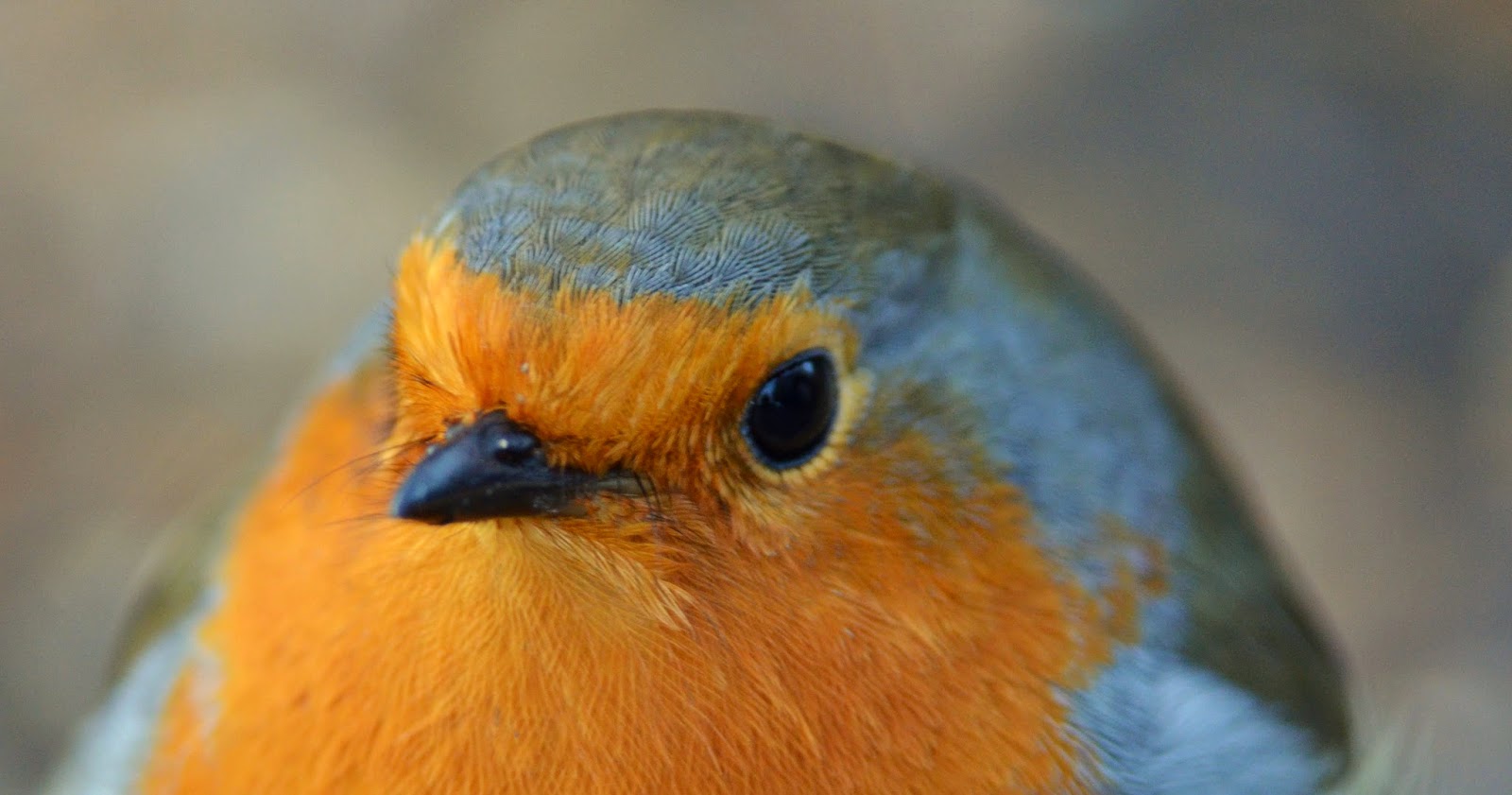