When I left home it was cold and bright with not a cloud in the sky. As I headed West out to the Wirral, I could see the cloud on the horizon. Fingers were crossed that it wouldn't empty on me at any point. I arrived at Hoylake just as a little drizzle started, but nothing to put me off. I donned my boots and headed off to the shore line, which was a little further than it first looked. Still, I could see waders whisking around in flocks and continued. I passed a group of Shelduck then a few Ringed Plover stopped by. There were lots of Oystercatchers and Dunlin skimming around.
As I was walking towards the Lifeboat ramp a bird of prey spooked everything. At first I couldn't quite see what it was as it skimmed low over the sand, but then it landed. A Peregrine Falcon, sat on the beach, some 40 yards away. Absolutely superb.


You can just make out the rainbow that was sat over the building in the centre.﻿ 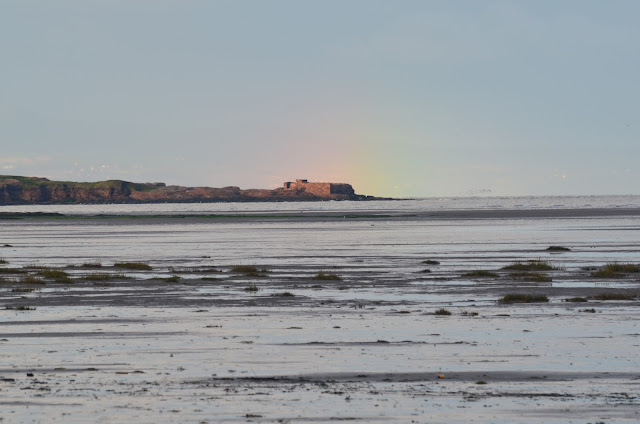 Hundreds of Cormorants were constantly on the move.﻿ 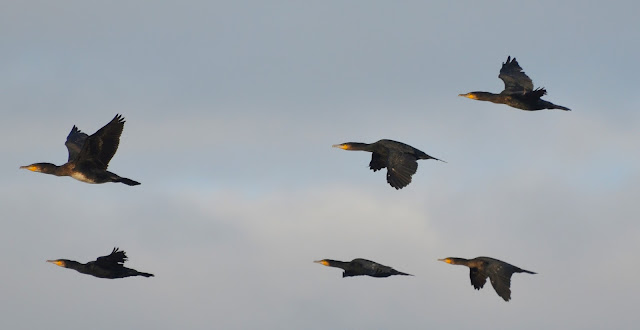 Oystercatchers on the move.﻿ 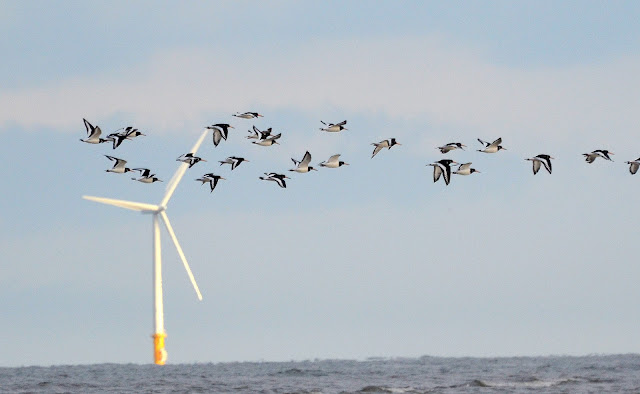 As the tide comes in, the birds keep getting moved on.﻿ 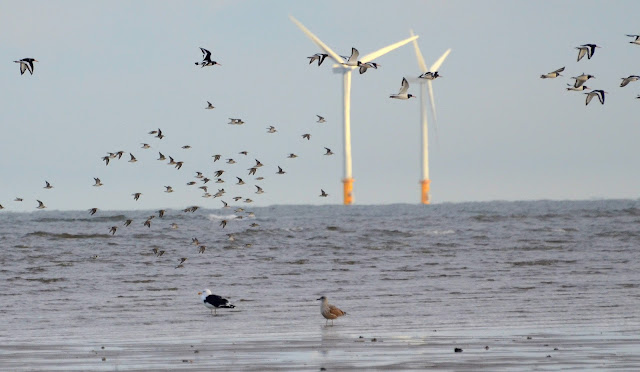 One of three Grey Plovers that did a low fly past over me.﻿ 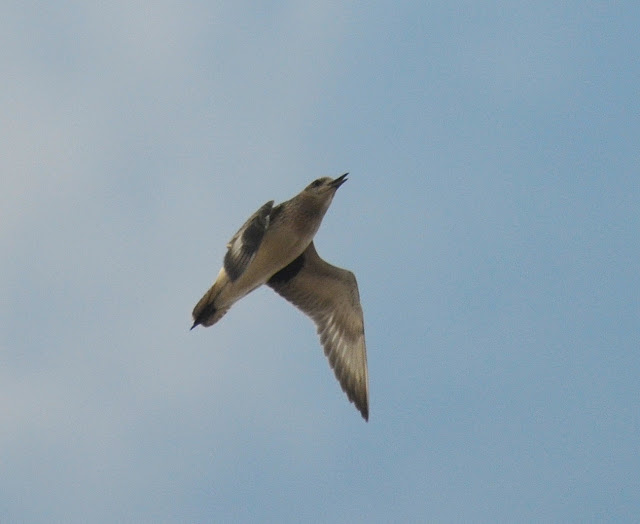 A welcome visitor. A Peregrine Falcon that spooked nearly everything.﻿ 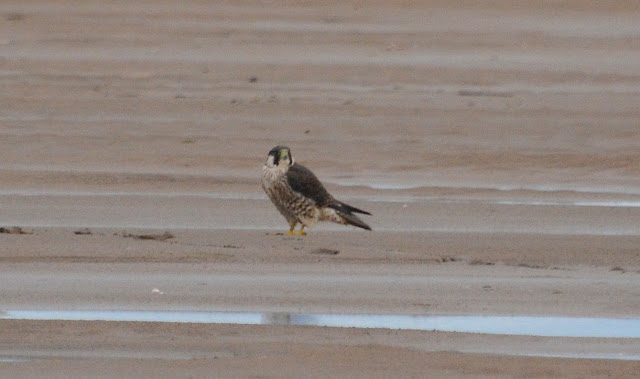 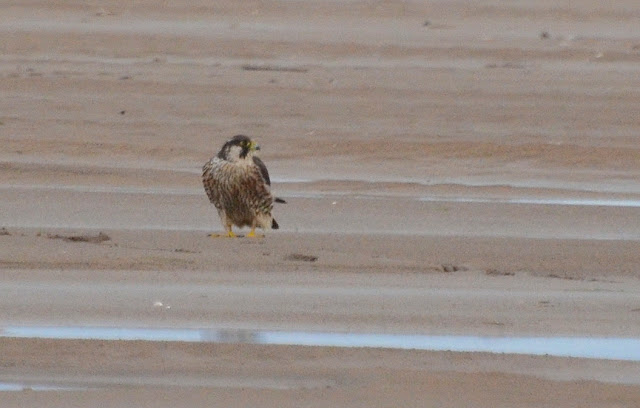