Collard Doves are never far from my garden, and quite often actually in it, but a few weeks ago I broke my record for the number of birds in my garden at once. Seven, was the magic number. This contained several juveniles that had been around recently, and they'd obviously told their friends that my garden was one hell of a place to feast in the afternoon.
I appreciate that they are not the most colourful or rarest of birds but sometimes it's just nice to see something in your garden. 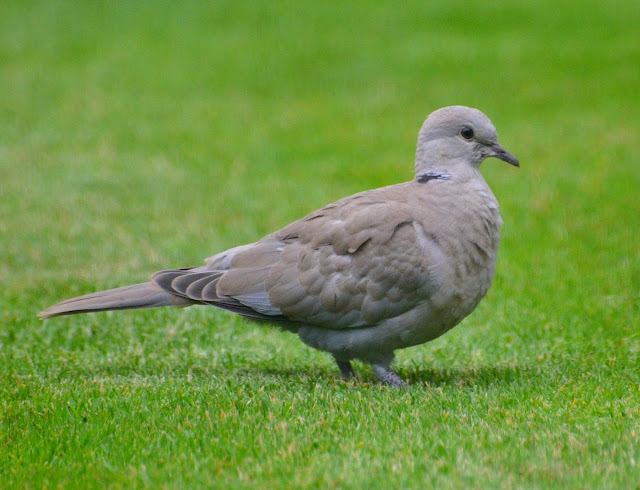 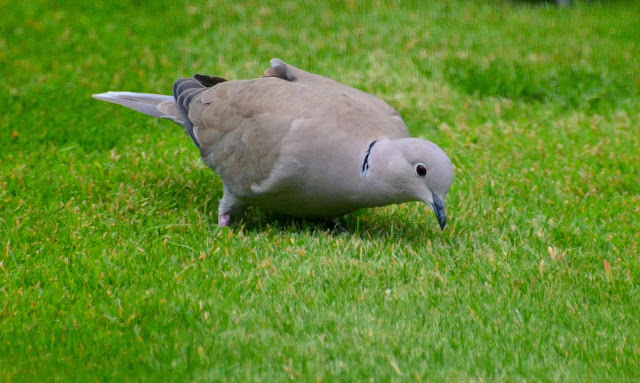 I've no idea why they landed on the feeder, they are hopeless at getting anything out of them.﻿ 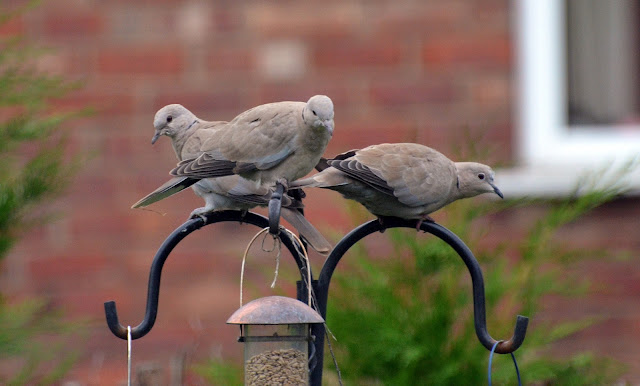