A trip to Cemlyn Bay on the island of Anglesey was a first for me. I had often wanted to go here in the winter to see the Snow Buntings, but never actually got round to it. A visit in May was just as productive for me though.

I walked around the coastline and initially thought it was a little quiet but then I spotted a bird fly in off the sea and land on some rocks. It had the look of a Curlew but I knew this was much more like a Whimbrel. A quick check in the binoculars confirmed this. The shorter bill, less stocky appearance and the line (supercilium) over the eye. All characteristics of the Whimbrel.
Here is a link to the BTO's ID between Curlew and Whimbrel BTO ID
A good year tick to start the day, and my first decent flight shots of it. They would have been better had it not been so gloomy and raining. 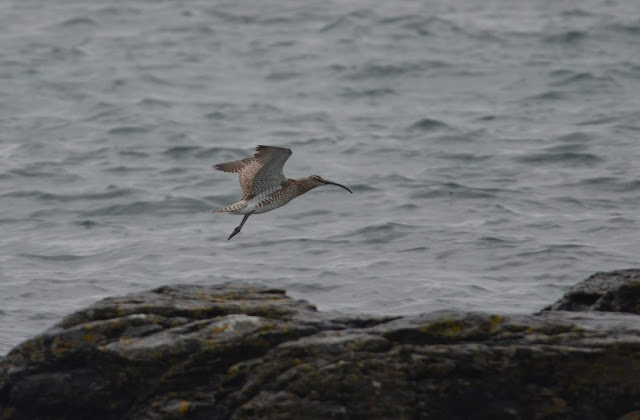 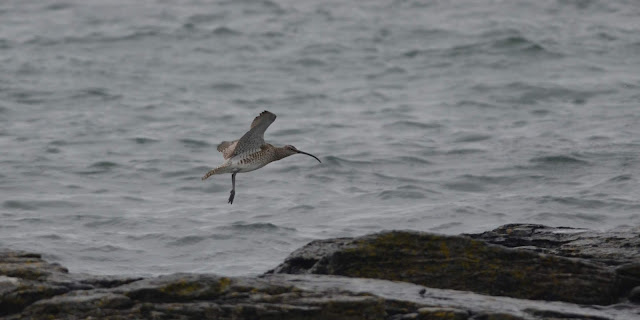 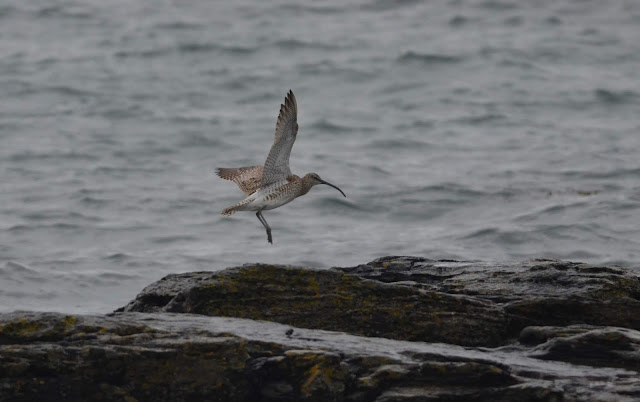 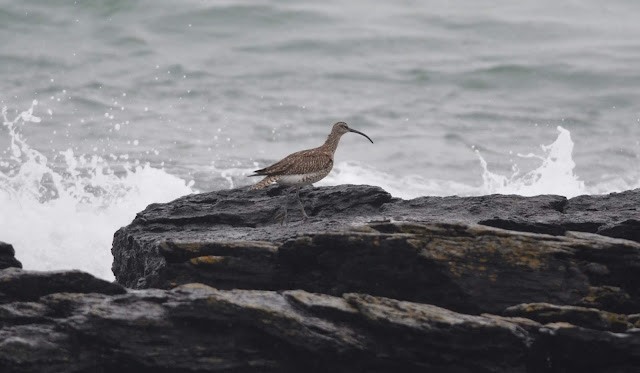 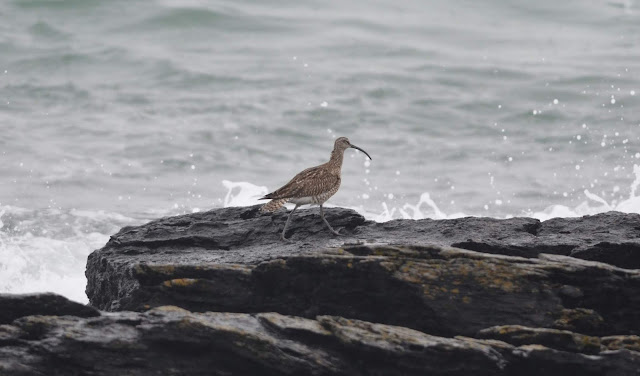 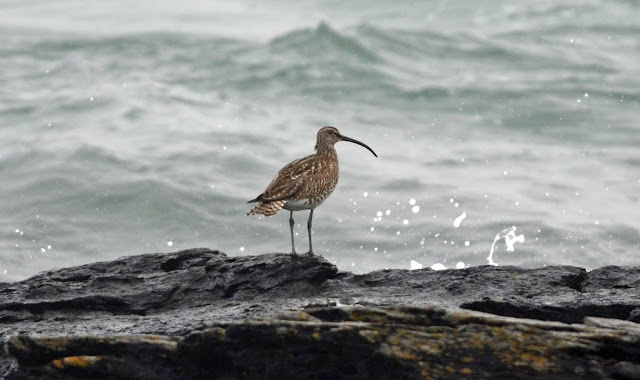 This is a Curlew for comparison. Really quite similar to the Whimbrel. 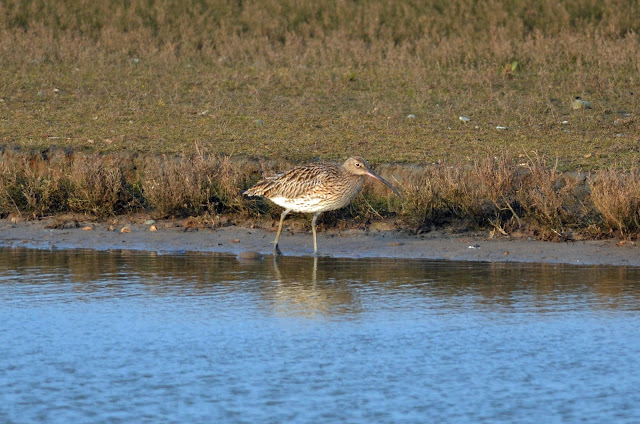 I spotted a group of small waders further round the shore line. These were Dunlin and Turnstones mainly, but there was a larger bird in with them, and this turned out to be a Red Knot in fine summer plumage. I was really pleased to see it in this plumage and another year tick. 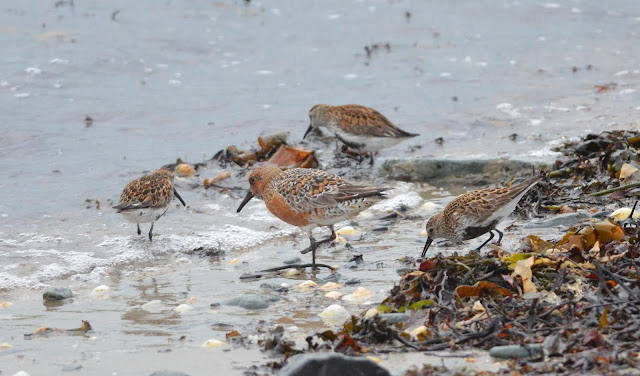 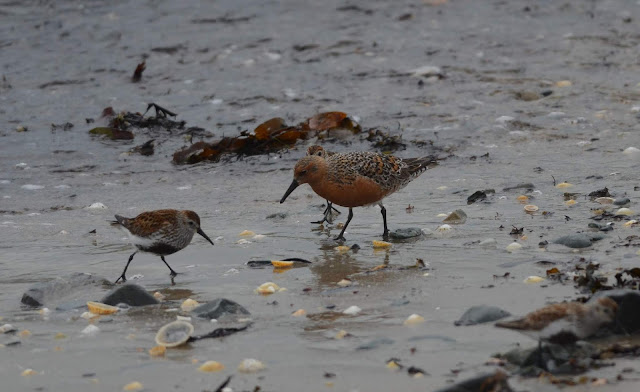 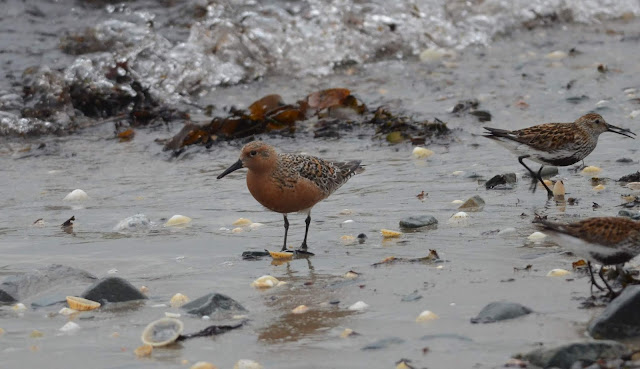 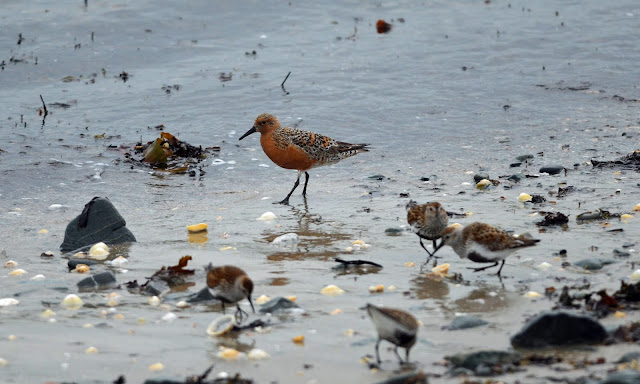 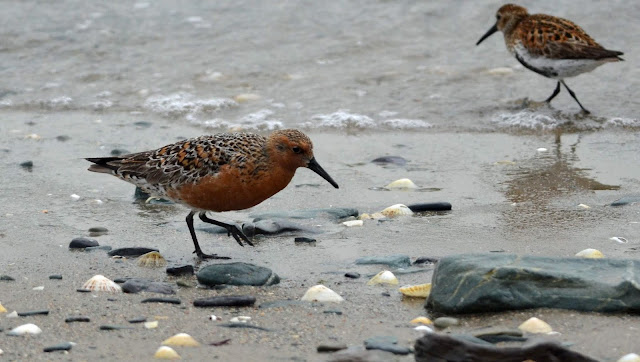 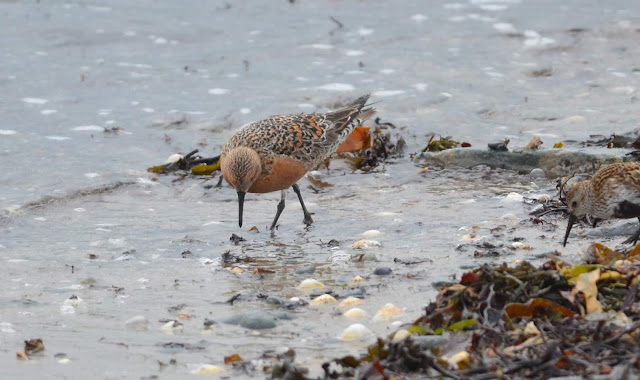 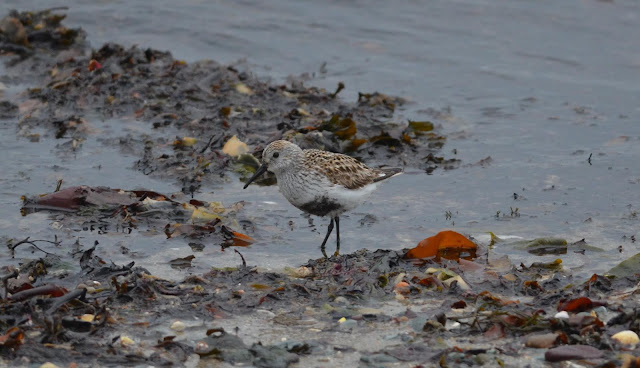