After further stop offs for Osprey at Kielder Waters, and Red-necked Phalarope at Grindon Lough, I finally made my way to the North East.
Holy Island, Lindisfarne was my destination to finish the first day of my holiday. I had checked the tides and could see that from 2.30 I would be safe to cross the causeway. Twice a day the island is cut off from the mainland as the tide comes in. If you time it wrong you can be stuck for a few hours.
The weather was still quite good (dry and a little breezy) as I pulled into the car park.

Most people headed off to the castle, but I made my way down to the shore line to see what was about. There wasn't a lot, but it was more about quality than quantity. After a little scouring I spotted a Godwit working the beach. I assumed it was the Black-tailed variety, but closer inspection showed it to be a Bar-tailed Godwit, in very fine breeding plumage too.


The slightly upturned bill giving this bird away as Bar-tailed Godwit. It did take flight one stage to reveal and confirm it's barred tail. 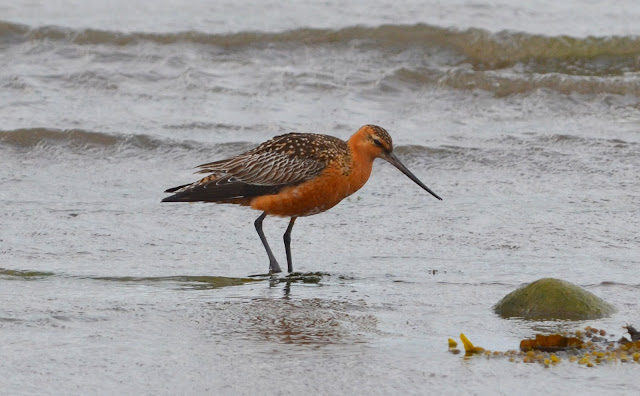 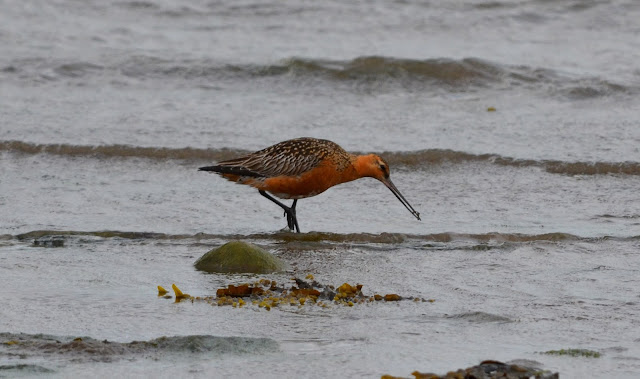 I spotted a Little Tern not too far out, and it came close enough to get some pictures. I was hoping for Terns on this trip, but the Little Tern was not one that I was expecting to see. Pretty glad though as I needed it for my year list. 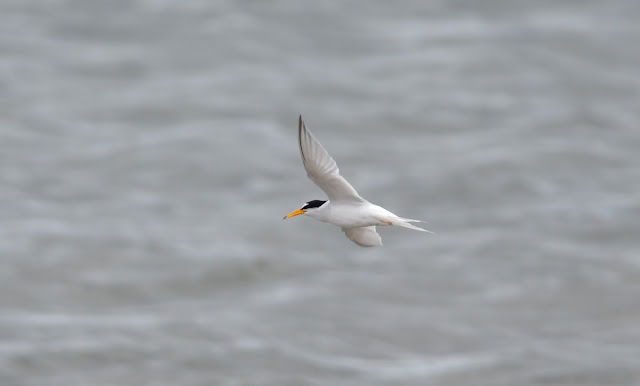 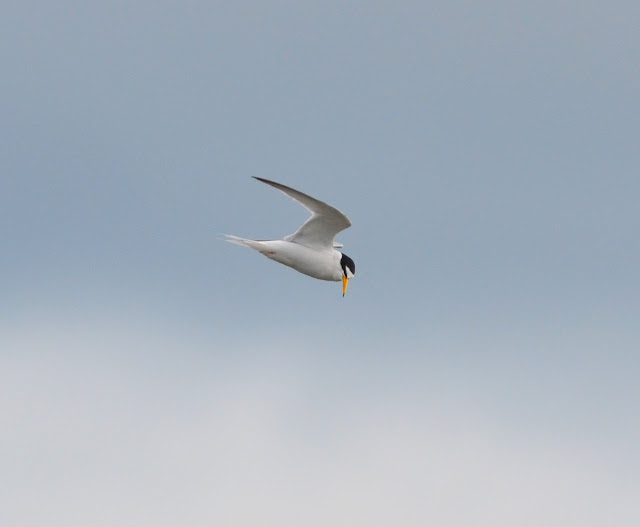 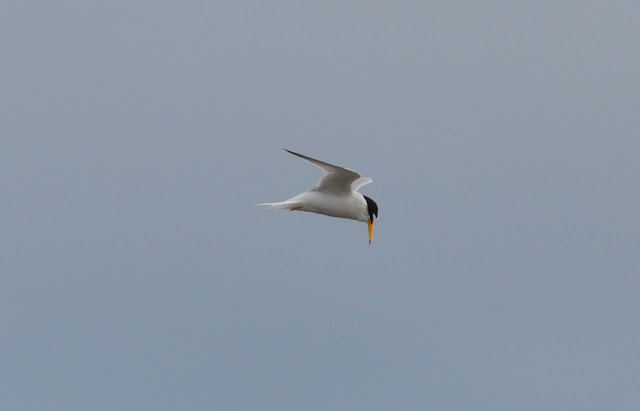 Lindisfarne Priory. Built in the late 11th century, to a much better standard than we see it in today, I'm sure. 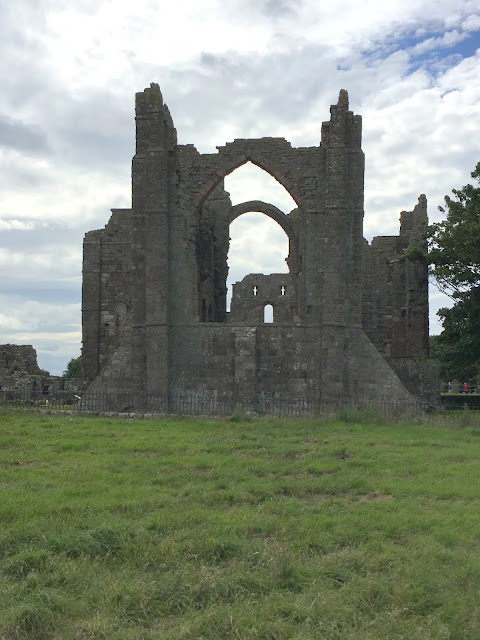 Lindisfarne Castle. Built atop a volcanic mound in 1550 to defend against attack from the Scottish, and anyone else that felt obliged to attack by land or sea. 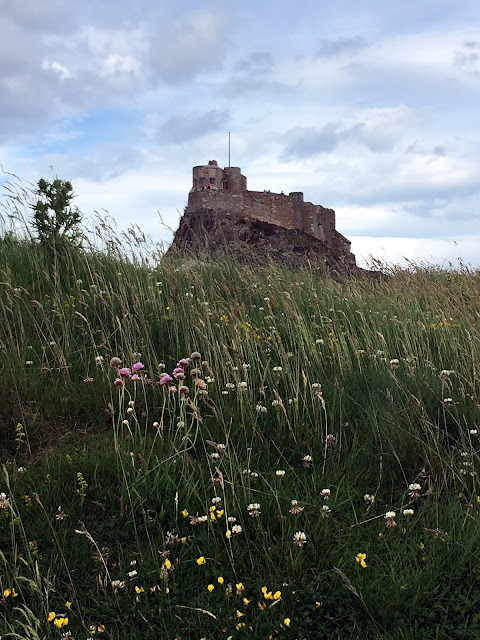