Guillemots were in there thousands on and around the Farne Islands. A lovely dark chocolate brown and white bird, that sits on the rocks almost penguin like. They stay close together in their colonies alongside Razorbills and Kittiwakes. They can make quite a noise as they squabble with their neighbours.
They have been leaving the nest sights in the last couple of weeks, as they take their young out to sea to fatten up.

A small percentage of Guillemots have a white ring around the eye and a white line down towards the nape. These are Bridled Guillemots. These birds are still of the same race and not classed as a subspecies. The slight variation is quite striking though. 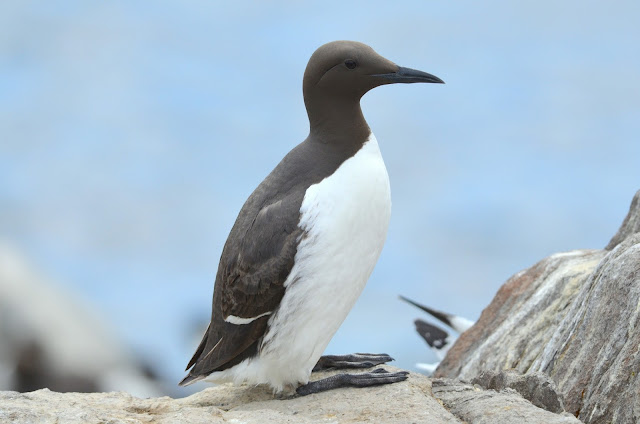 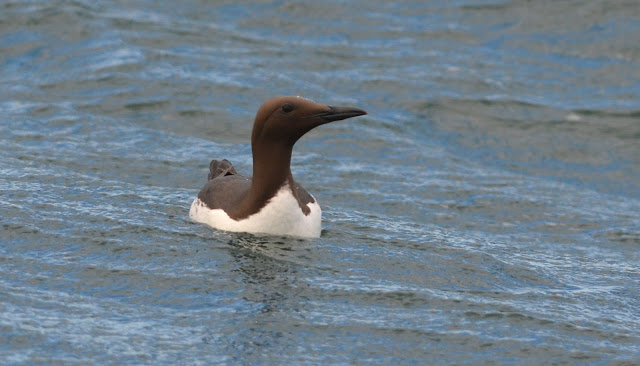 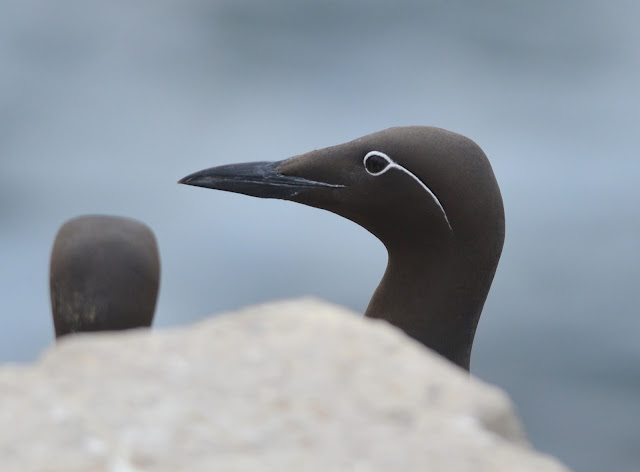 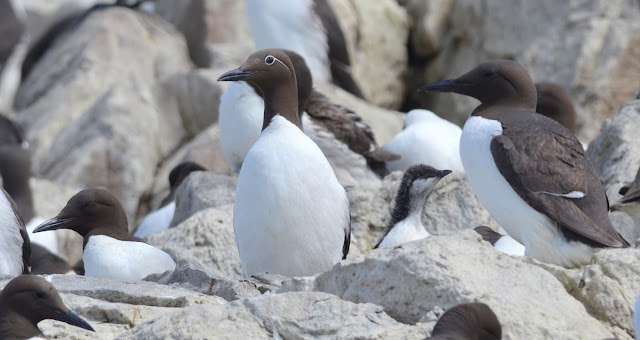 A short phone video just to give you an idea of the noise on Staple Island.