I've been meaning to head over to Bempton Cliffs and Flamborough on the East Yorkshire coast for quite some time now. The promise of thousands of sea birds, and of course Puffins, was a big draw. So the chance finally presented itself and off we went for a weekend by the coast.
RSPB Bempton is famous for attracting upwards of 250,000 sea birds to its chalky white cliffs to nest and raise young. The site of so many Gannets was quite mesmerising, and the smell, well quite something else.
The Puffins were one of my main reasons for going. Having only seen them as little specks on the sea on Anglesey before, I really wanted close up views. I wasn't disappointed, with several very close on the cliffs and others flying overhead as we moved to sea level at Flamborough.
I'll be sharing other birds from the trip soon, but for now, here are some very cute looking Puffins. 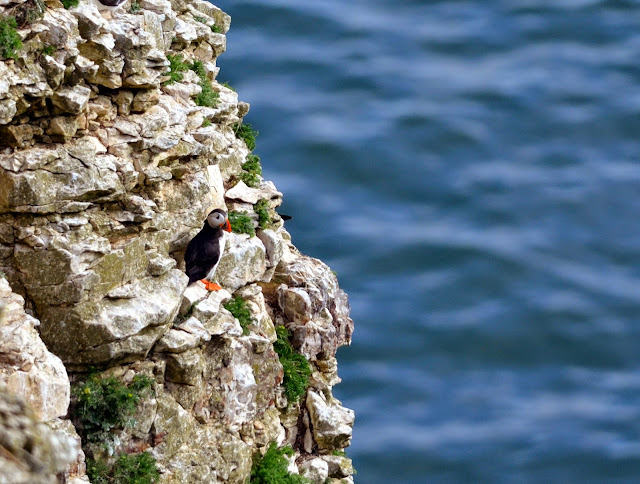 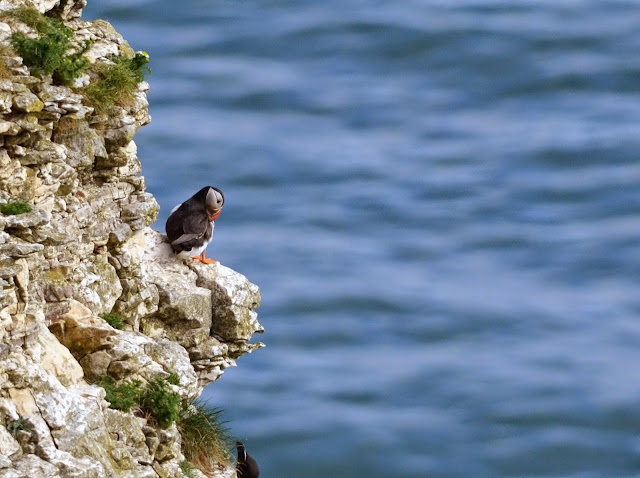 Checking out a Kittiwake on its nest.﻿ 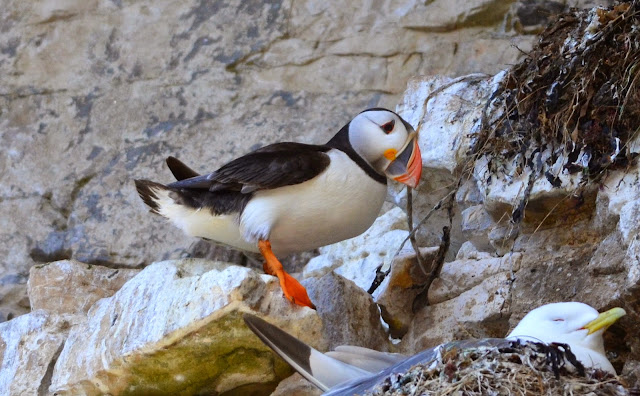 It wasn't easy to capture these guys in flight. So fast and almost directly above me.﻿ 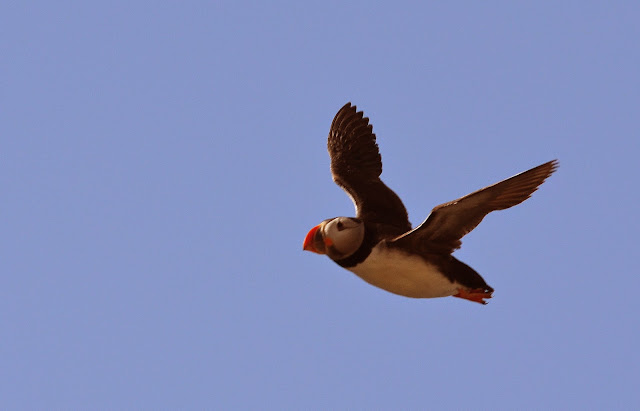 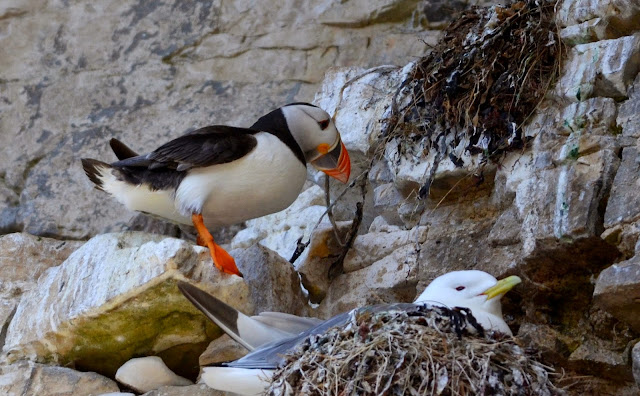 Email ThisBlogThis!Share to TwitterShare to FacebookShare to Pinterest
Labels: Puffin