My Friend, the Redstart

Some of you may remember a family of Redstarts I was following recently. The male had a silver ring on one of it's legs. This was put on by the BTO when it was captured in a mist net at some point in it's life, and then released once again. Before being released the bird was sexed, aged and generally checked over.
Well a birding friend of mine managed to decipher the number on the ring this summer and sent it off to the BTO to see what information they held. It was quite astonishing really.
It was initially ringed in Devon in 2007, when it was at least 2 years old. That makes our bird at least 7 years old. I am told that the oldest Redstart ever recorded was aged 8.
Some great information to receive and shows the usefulness of the BTO ringing scheme.


What a handsome devil? I hope to see him again next year.﻿ 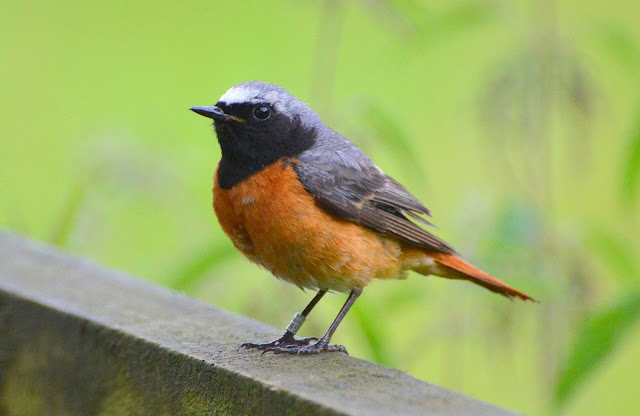