I followed up some news of a Wood Sandpiper and Garganey at Sandbach Flashes on Sunday morning. As I left Manchester it was raining. The further I headed into Cheshire the sunnier it became. Always a good thing.
On arrival I couldn't locate either targets, but was soon pointed in the right direction but some very helpful birders, who kindly came and found me to let me know.
The Wood Sandpiper shot is worse than a record shot, so apologies, but it's the first one I've seen so it deserves a place here.
The Garganey are slightly better but light and distance were both against me. I was surprised to see how small this dabbling duck is. Not much bigger than a Teal and much smaller than a Mallard, that can be seen in the pictures for comparison.


3 Garganey towards the back with a Mallard at the front.﻿ 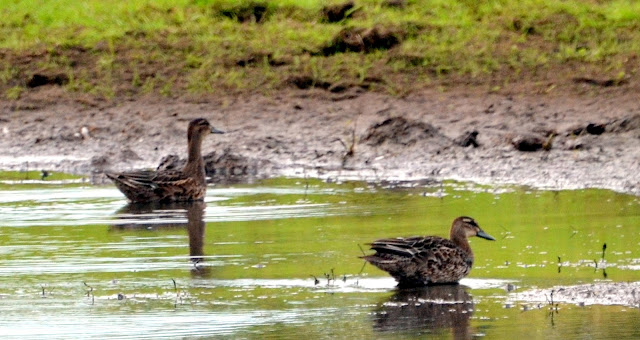 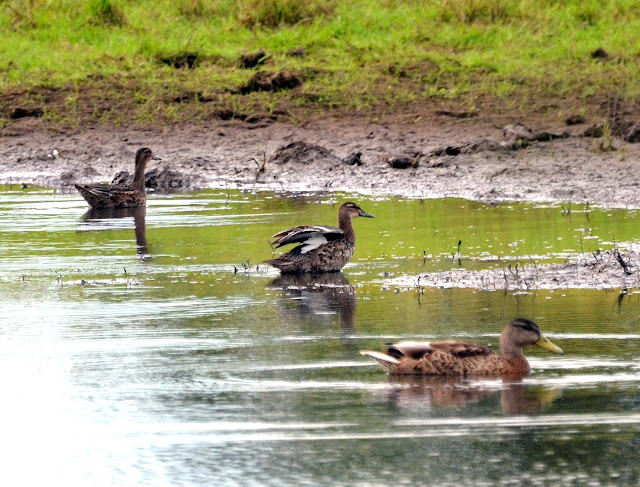 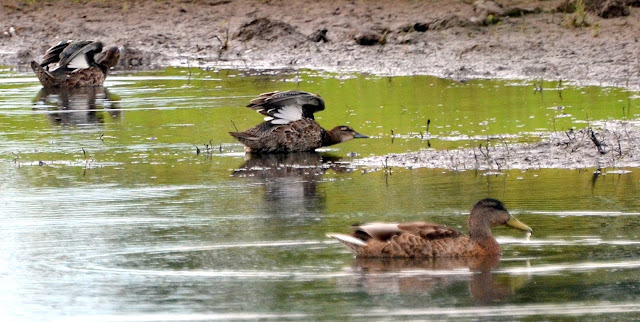 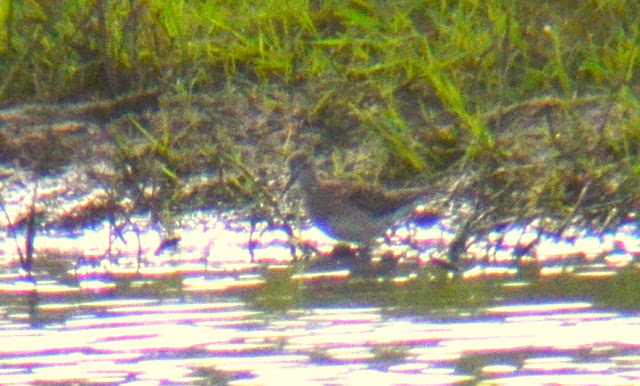