A look back to when it was nice and quiet.

As I've not been out for a couple of weeks with the camera, I thought I would take a look back at some pictures taken during lockdown. This was a time when I felt that nature tried to take back a hold on it's surrounding environment. This was a time when cars were very few and far between for a good two or three months. The sound of planes overhead stopped, but footfall on the pavements increased. Birdsong appeared louder and activity more pronounced. Or was this just the perception? Maybe they are always that loud, but it is drowned out by the modern world around us. Either way, it was a joy to walk through their habitat during my lockdown exercise walks. Blessed with some glorious weather too, it was nice to reconnect with nature and proof that whatever happens to the human world, nature can survive and thrive, probably better than it does now. 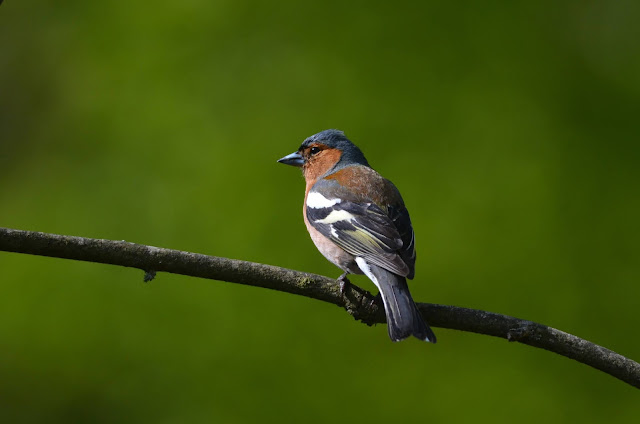 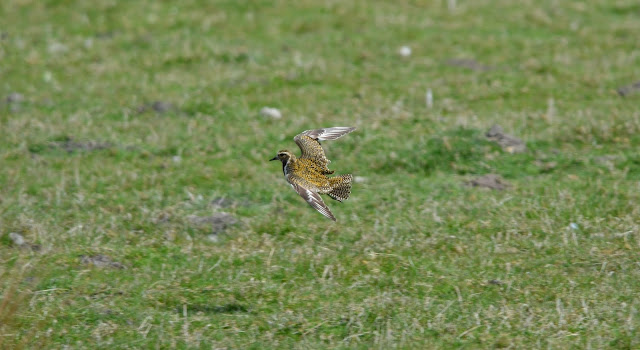 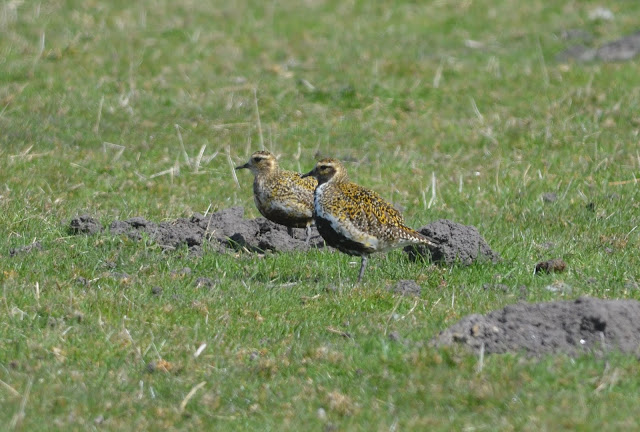 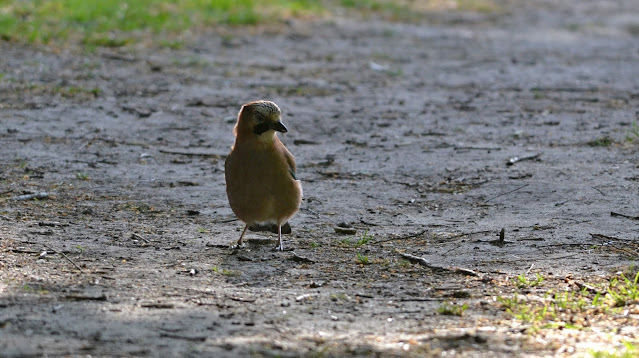 One of our smaller birds, the Wren. 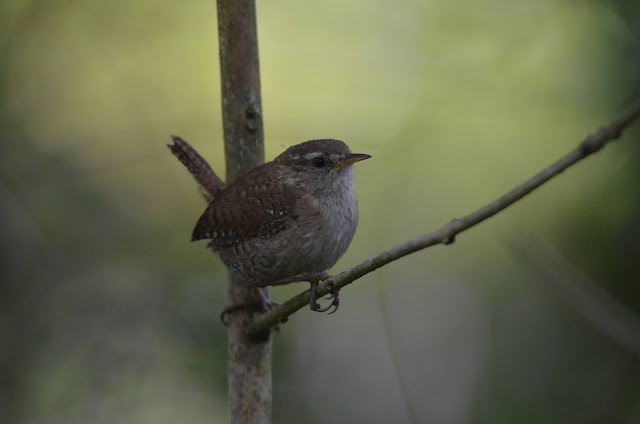 I was already out with the camera at the weekend when I saw that a juvenile European Shag had shown up inland at a lake in Cheshire, only half an hour from me. So I made my way down to Astbury Mere in Congleton in the warm sunshine. After a wait of nearly an hour it revealed itself right beneath me. It must have been out of the water and drying it's wings out of sight beneath the grassy bank. It soon made it's way out into the open water to fish, and boy did it fish. It was constantly diving and eating. A great bird. 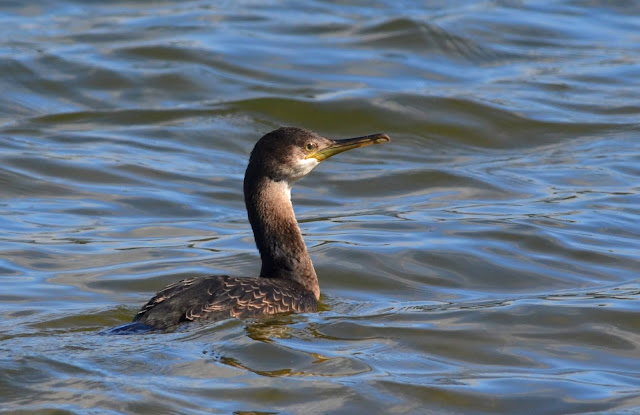 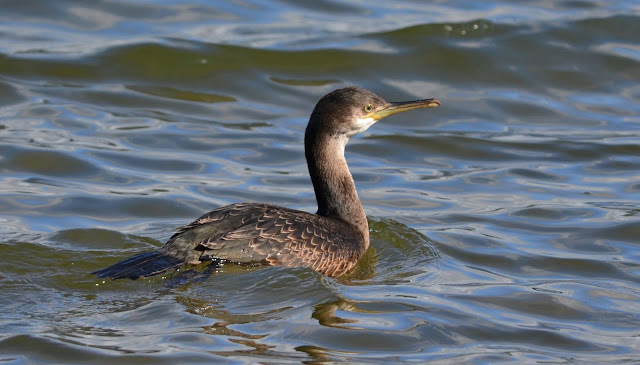 Here is the larger cousin, the Cormorant, that I had seen the previous day at Pennington Flash. 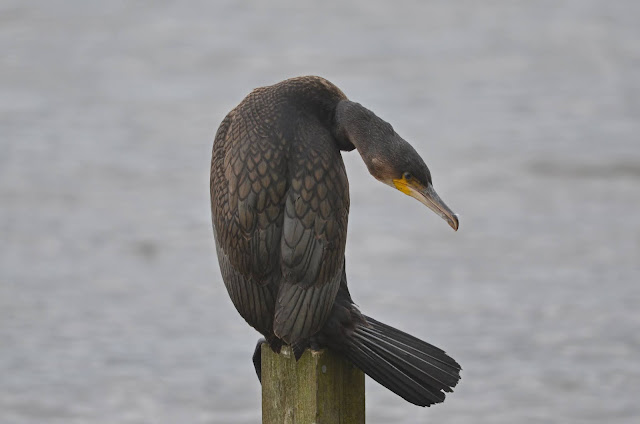 When you're feeling a bit down I've always found it a big help to go to a place where you feel happy. I'm lucky to have that place not too far away and it's somewhere I can escape the hustle and bustle of city life. I've been social distancing here for many years now. It's a real joy to go early, when you almost own the landscape and the nature within it. Peace and quiet and a sense that many have been here before me and not much has changed. The birds are still around and there was a nice surprise for me too in the form of a Whinchat. This bird must have been on his way to his winter home. It was great to watch it though as it foraged for food, but sad to think that our summer migrants will soon be gone for another year.

Along the river there were a couple of Grey Wagtails looking very good once again after the busy breeding period. 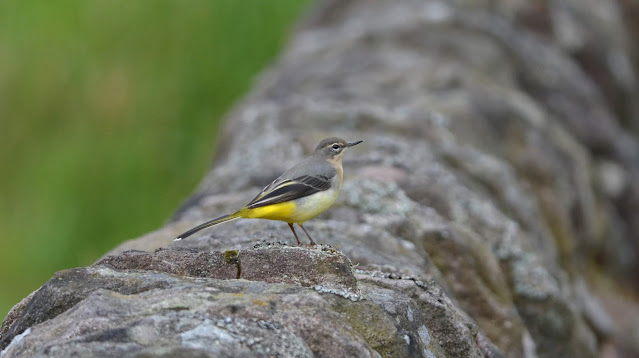 A pair of Nuthatches were picking at the bark looking for food. 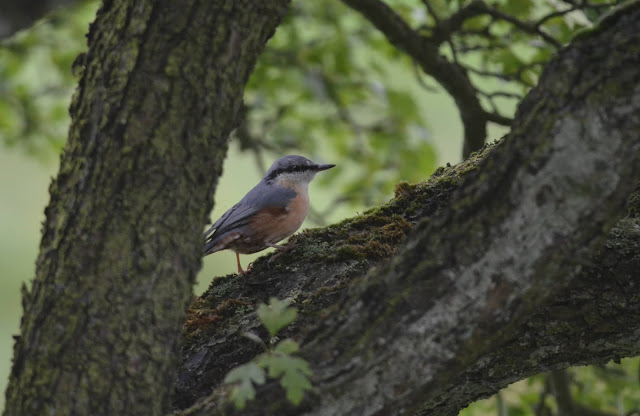 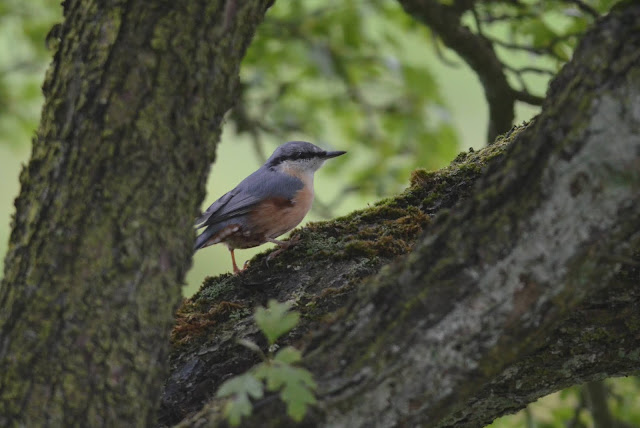 Here's the Whinchat that typically kept it's distance. Hope to see you again next year. 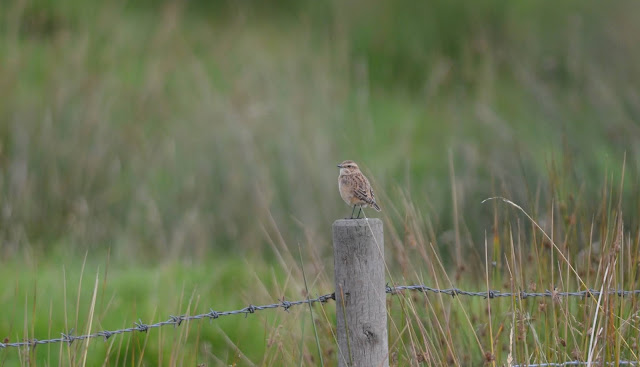 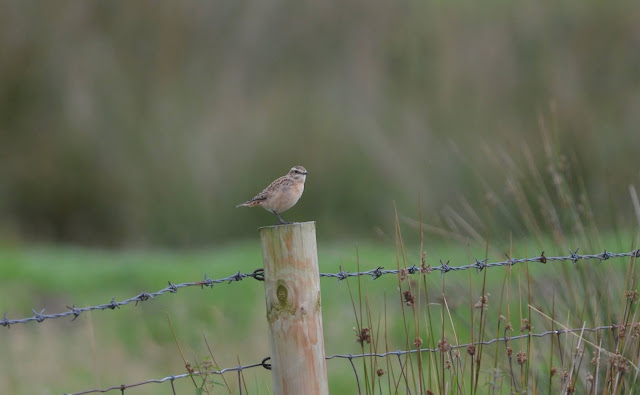 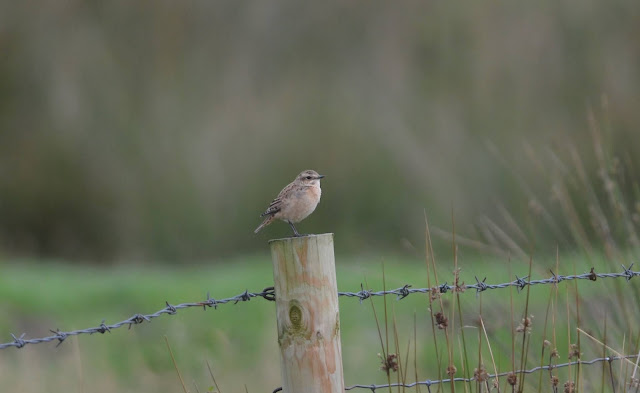 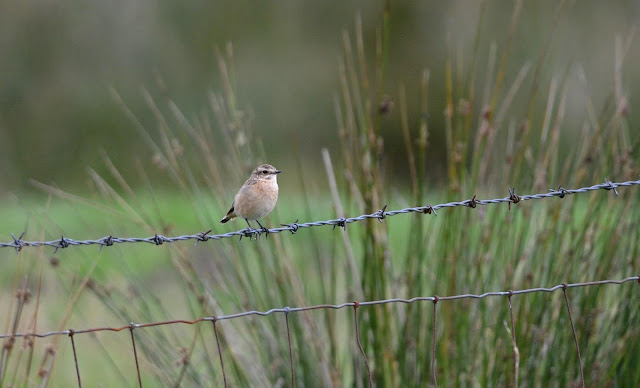 Birds are on the move again. Heading back to wherever they winter and feeding up on the way. I came across quite a number of birds at Pickerings Pastures the other day that were busy feeding in the warm morning sunshine. A pair of Blackcaps were good to see. They were gorging themselves on some Elderberries.

Female here with the chestnut cap. 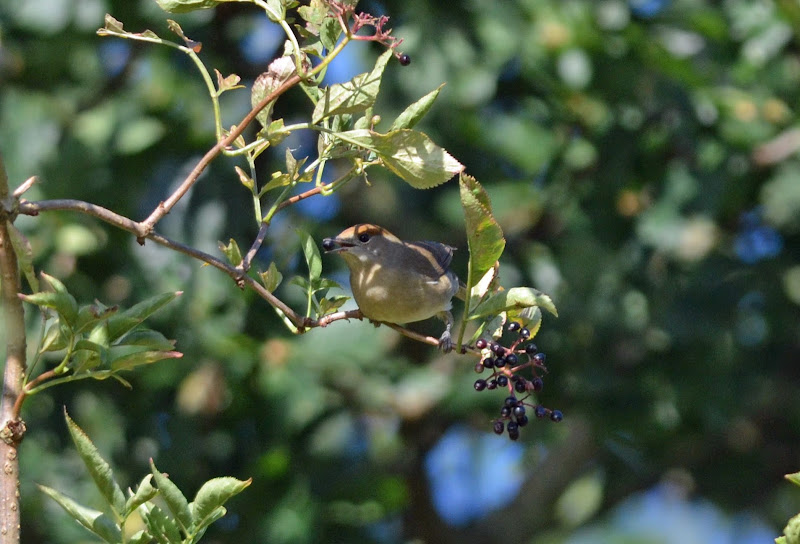 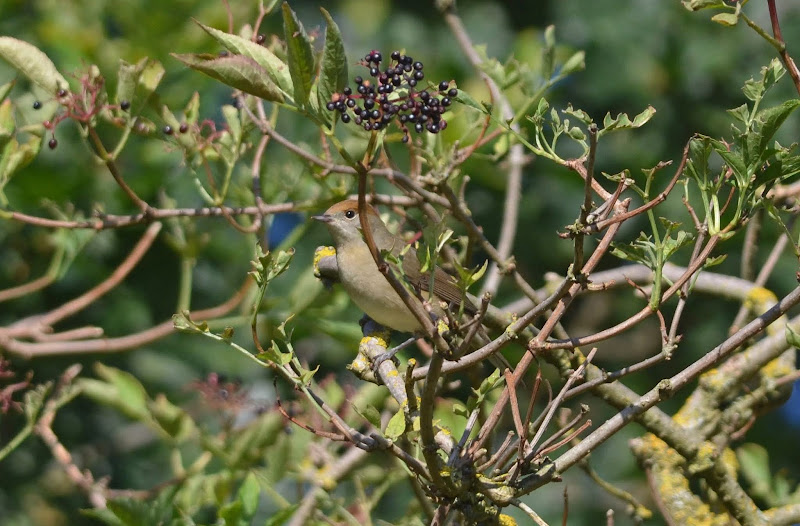 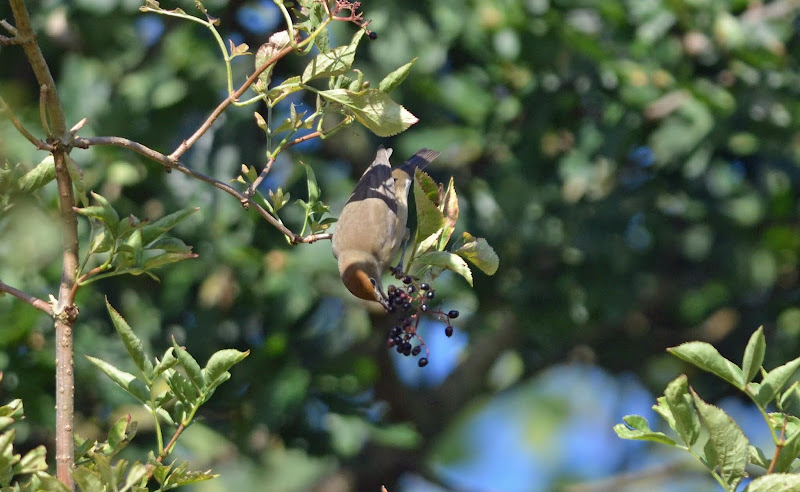 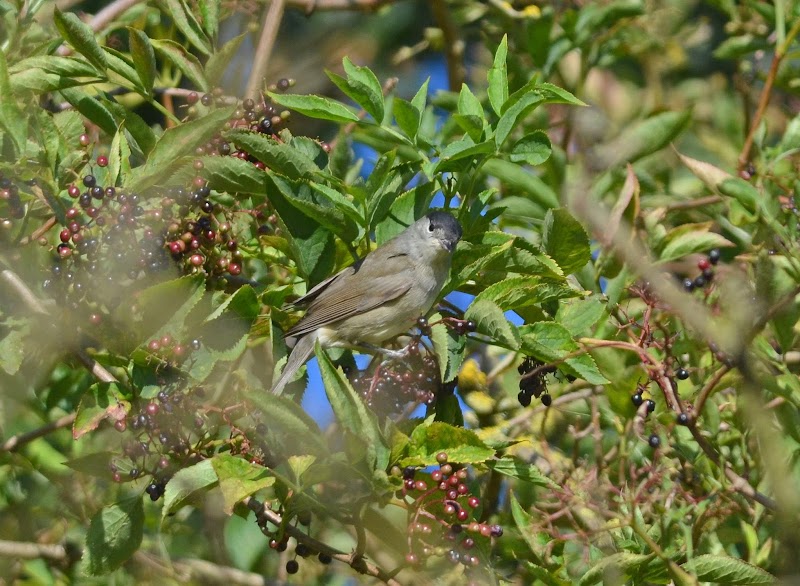 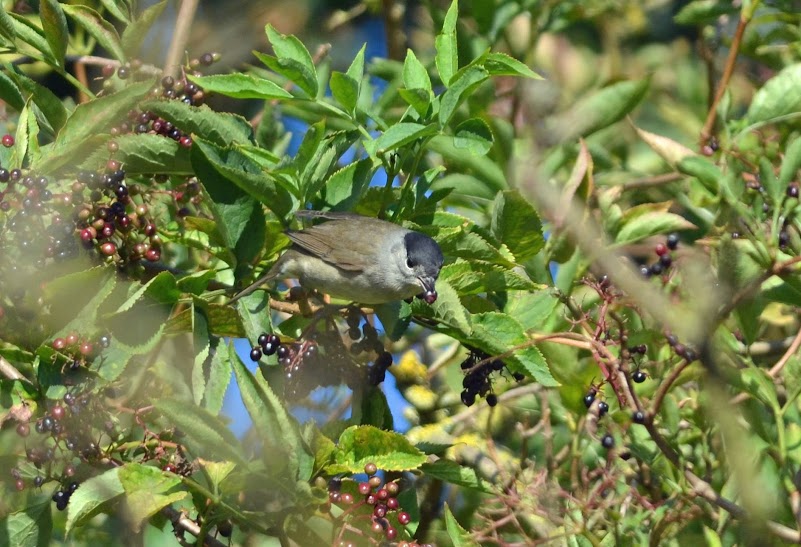 This Chiffchaff was having a good feed. 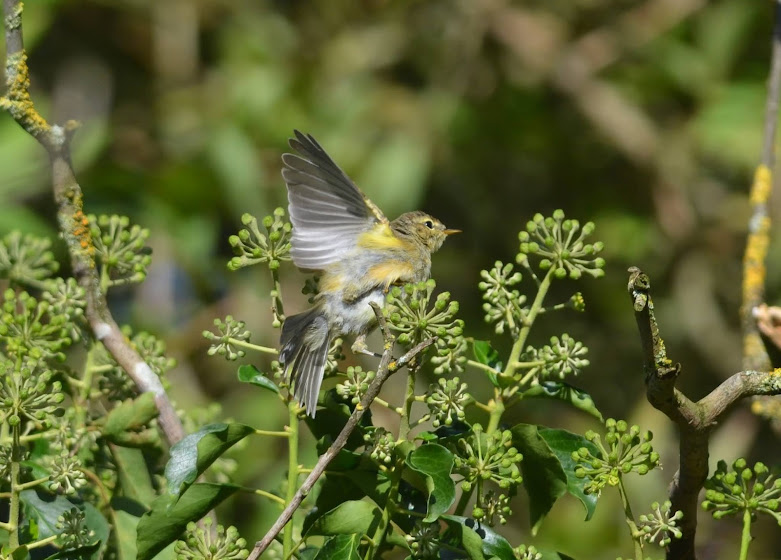