My year started very early, before dawn broke on the 1st January. It was my first attempt to tick off 200 species in a year, so wanted to get up and running nice and early. I didn't foresee the lockdowns that would take place during the year potentially curtailing my challenge. I did however manage to get to 200 and finished the year on 202.

Within a few hours on the 1st January I had two lifers ticked, in the form of a Ring-necked Duck and Purple Heron. Other highlights that day were Tree Sparrow, Whooper Swans, Golden Plover, Willow Tit and Snipe. 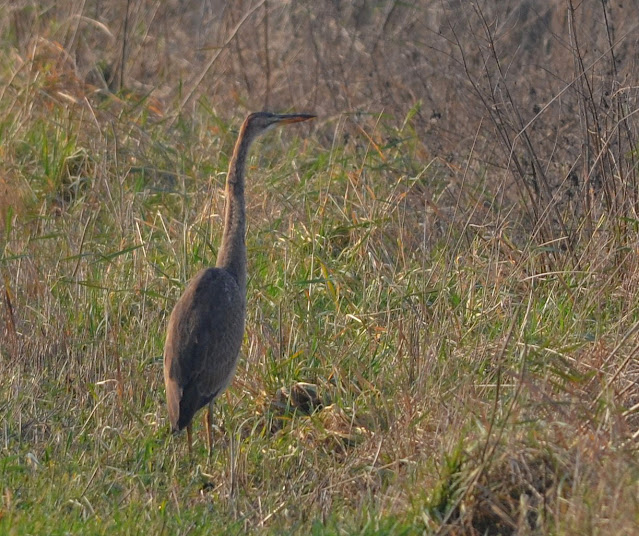 I finished the month on 101, with Water Pipit being that last bird of the month. I did manage another two lifers though in January with a Long-billed Dowitcher and a long staying Siberian Stonechat. It would take another 8 months to get the next 100 birds.🙄

Long-billed Dowitcher on the right, with a Teal on the left. 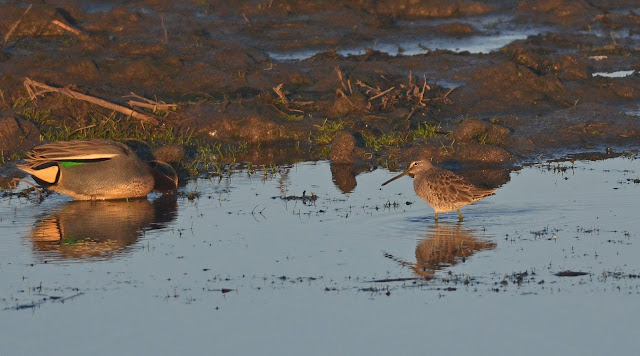 Spring was a real highlight of the year. Despite being in lockdown, it made my daily walks so much more interesting and reminded me that I didn't have to go too far to see some really good birds. I found both a Lesser Whitethroat and Garden Warbler within walking distance of home, when I really wasn't expecting to, or had in 8 years here.

My trips to Norfolk to see my parents really did boost my numbers, with good numbers of waders, heathland birds and gulls.

Dartford Warbler is a bonus on any year list. 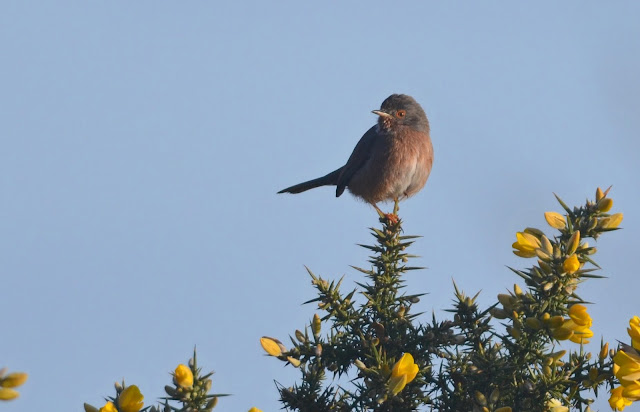 I was really pleased to track down a pair of Woodlark after many failed attempts. 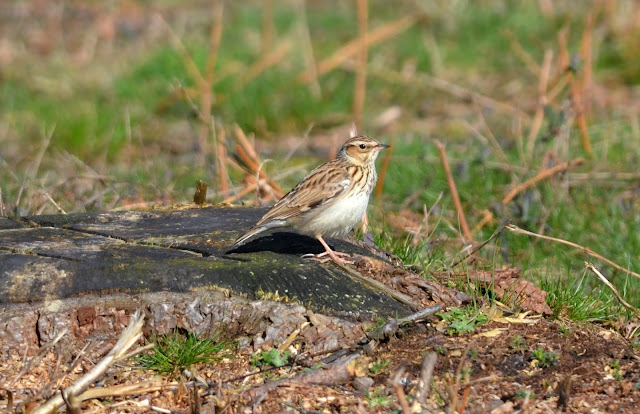 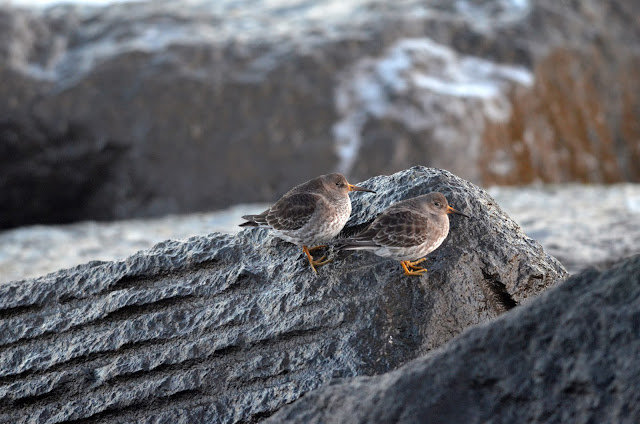 I remember hearing my first Willow Warbler of the year, and it was a really nice moment. There were times during lockdown that I really did think that I wouldn't get to see or hear some of the birds that I take for granted. For me it was a sign that all was well, and nature was just fine on it's own.

The first Willow Warbler of the year. 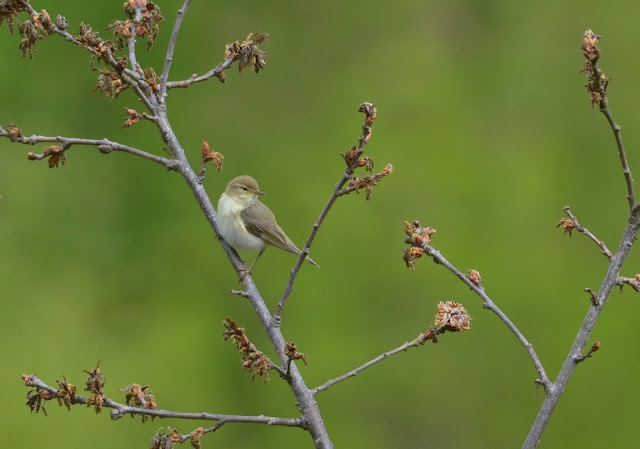 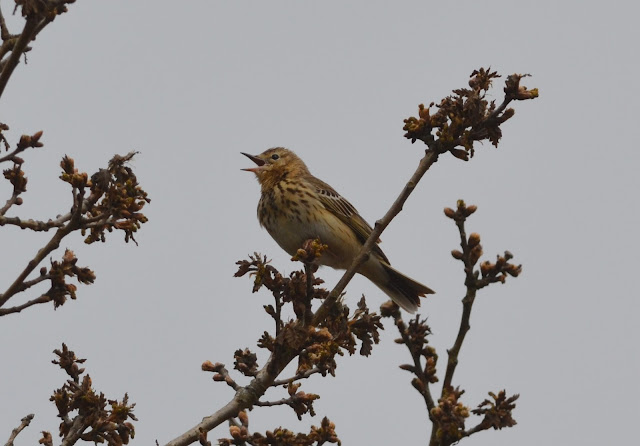 Being able to catch up with a Ring Ouzel most years, is a real highlight of my birding year. 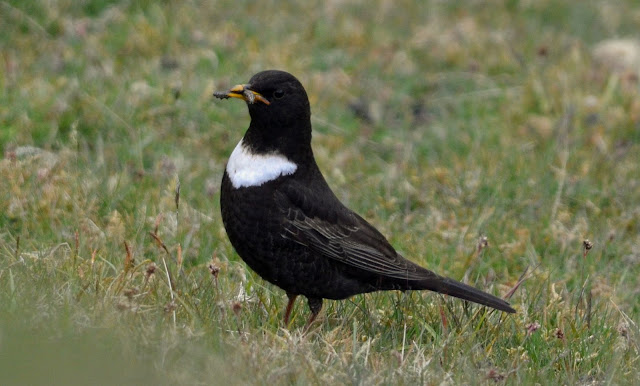 I was really pleased to find a pair of Spotted Flycatchers when things opened up a bit. These birds kept me entertained for a good few weeks. 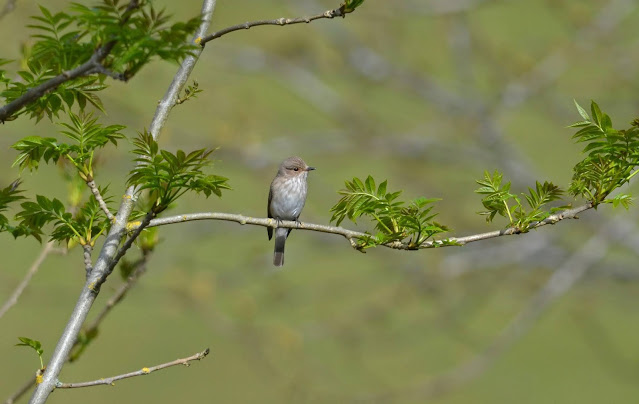 A trip to Padley Gorge, had me searching for a singing Wood Warbler. I managed to tick that off along with many Pied Flycatchers and Common Redstarts.
Wood Warbler made it 167 for the year. 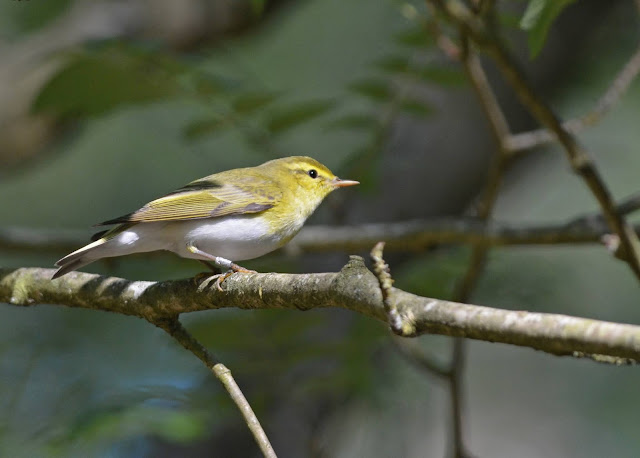 I stopped off on my way back from Padley Gorge to collect a Whinchat. There turned out to be a pair. 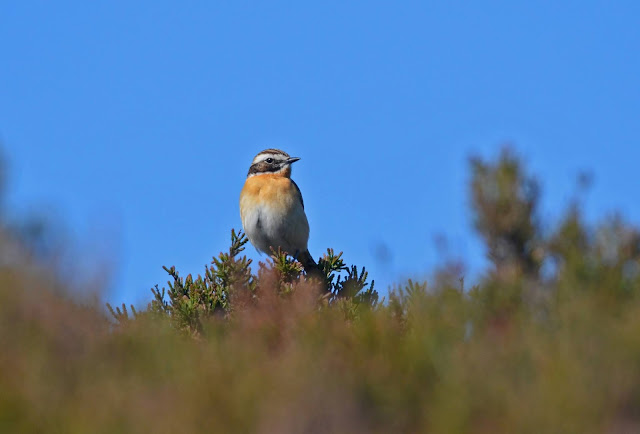 Things got tougher through the summer, with not much new to tick off, but it didn't stop me going out and trying to find new birds, or just enjoy the usual ones. One bird that really became a pain in the neck for me was the Bearded Vulture (Lammergeier) that had been doing the rounds for some time in the Peak District, not a million miles from home. I made numerous early morning starts and trecked across some horrible terrain all to no avail. It then relocated, but it was still a pain to get to. I think it was on my fifth or sixth attempt that I actually got to see it in flight, and then at it's roost site. The image of it gliding across the thermals with a Kestrel mobbing it will be forever etched in my memory. This bird is MASSIVE!! Unfortunately I didn't get any images of it. It was more about making sure I saw it and enjoying it in the binoculars and telescope. The Lammergeier took me 191 for the year.
A couple of trips to Spurn was a massive boost for my numbers, as I managed to add another half a dozen to the list. A few lifers too in the form of some Shearwaters, a Jack Snipe and a Barred Warbler.
Again I didn't get any images of these, but here is a Siskin and a nice looking Stonechat.
Siskin 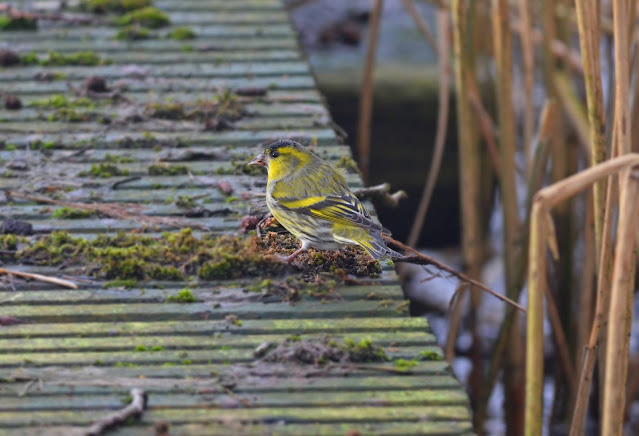 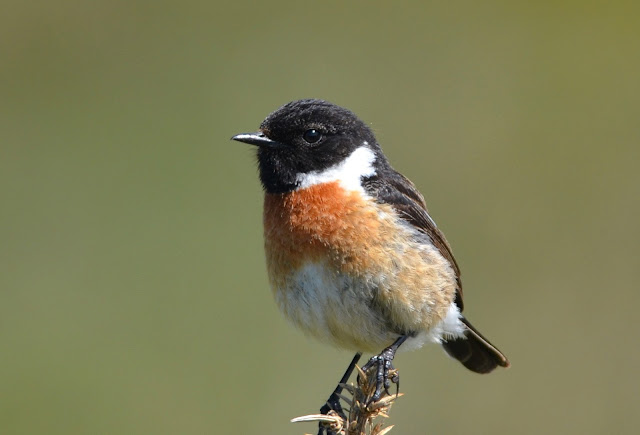 I crossed the line of 200 in September with a Pectoral Sandpiper at Rudyard Lake in Staffordshire. It took me a good bit of hunting and some shoe leather as it didn't make itself easy to spot, but I wasn't giving up. It was so distant I needed my scope, but that is all you need to see it. Job done!
Number 201 followed soon after with a Hoopoe that performed superbly well for all that gathered to see it.
Hoopoe 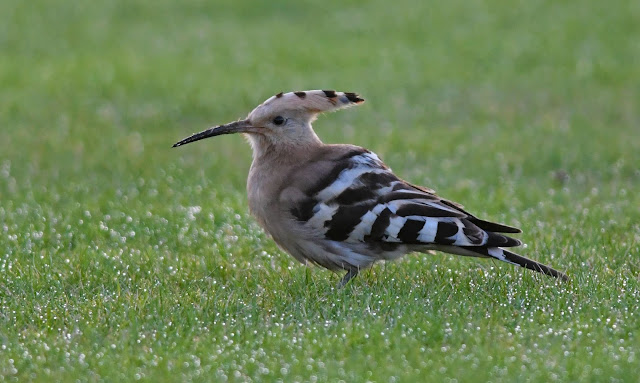 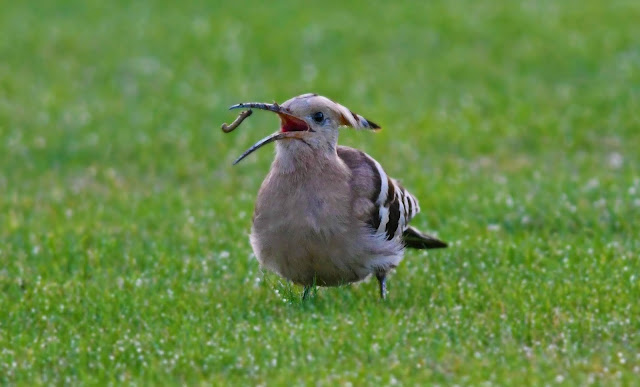 Here are some of my other bird highlights of 2020, when I made it to my target of 200 birds seen.
Barn Owl 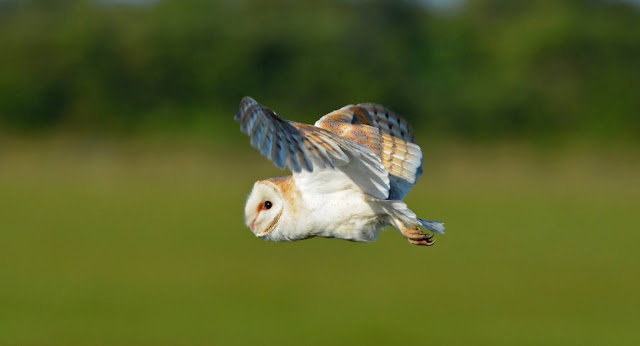 Snow Bunting. Never easy to find on a beach that looks like a million Snow Buntings. 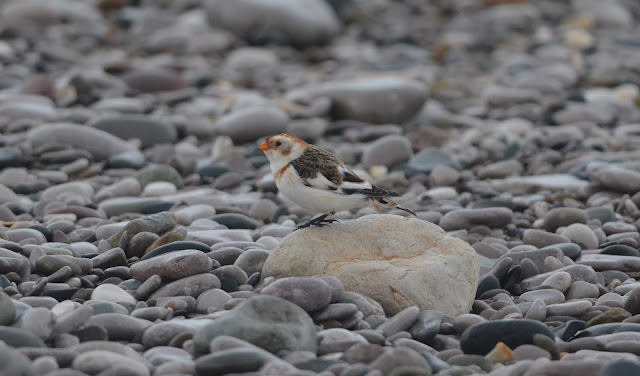 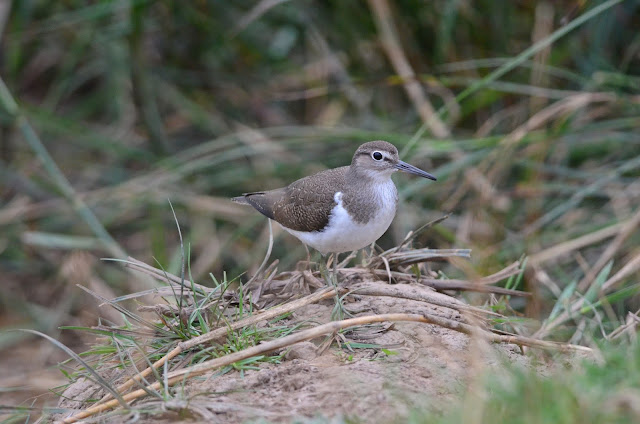 A Curlew in the Peak District 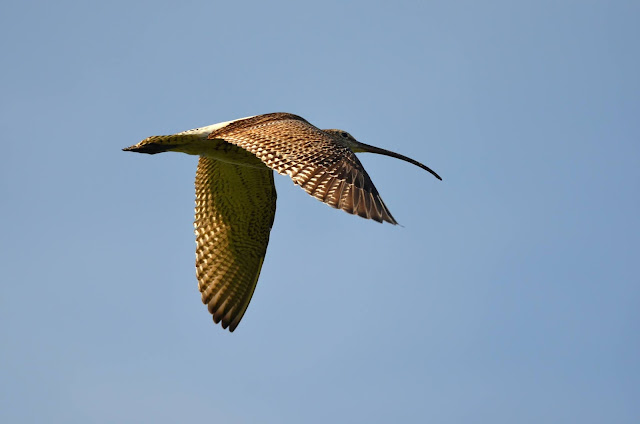 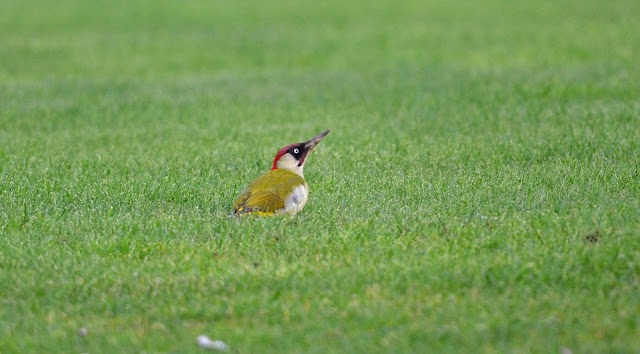 Sanderling on the North Wales coast 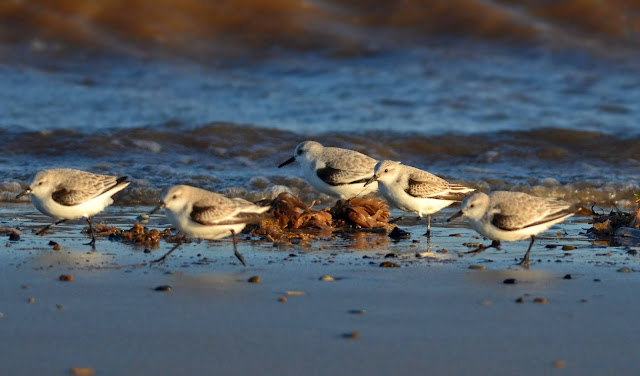 An unusual bird to see in Cheshire, a Shag at Astbury Mere 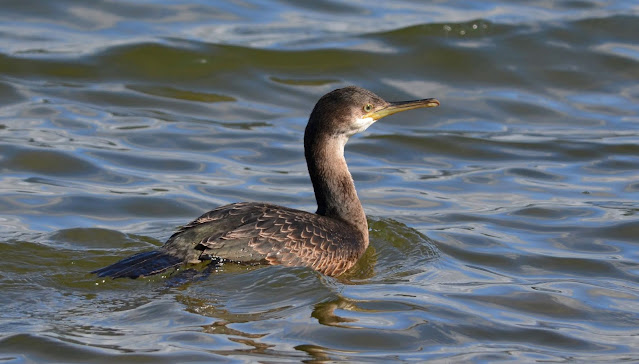