I visited an brilliant place in the Peak District recently, called Padley Gorge. I parked at the bottom and made way up the gorge. A brilliant woodland and fast running water through it's rocky centre.
Birds were singing everywhere. There were a pair of Dippers to start me off, and I lost count of how many Pied Flycatchers I saw and heard. It was one of the best places I had visited for these. Common Redstarts were competing with them, plus the numerous Wrens, Blackcaps and Chiffchaffs. At the top, I found a couple of pairs of Spotted Flycatchers zipping around the tree canopy.
What I had really come for was the Wood Warbler. A bird I have only seen a few times, its one I'd not seen for a good number of years now. It was worth the 5am start and I even found two singing males.
A cracking male Wood Warbler 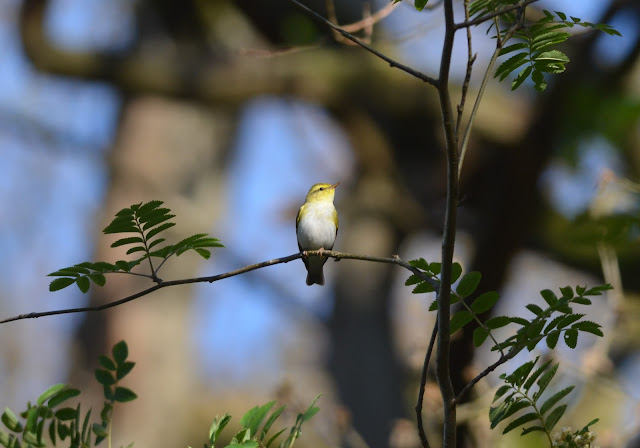 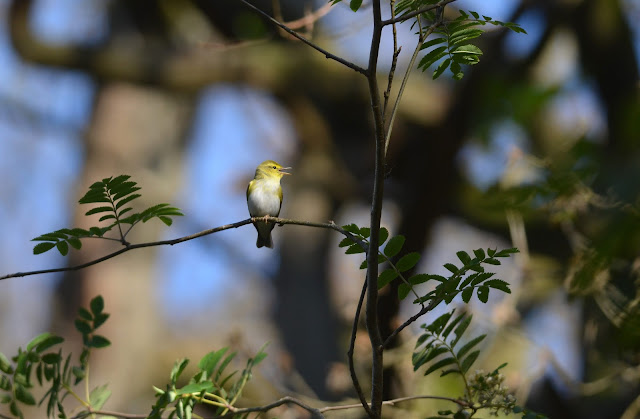 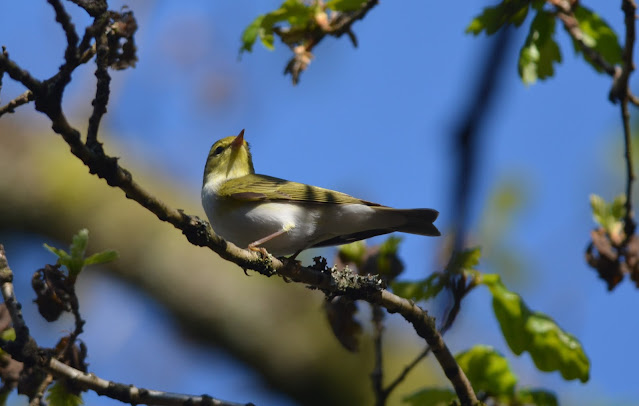 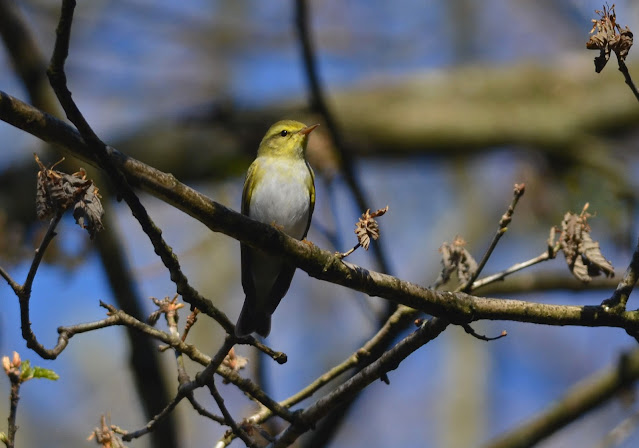 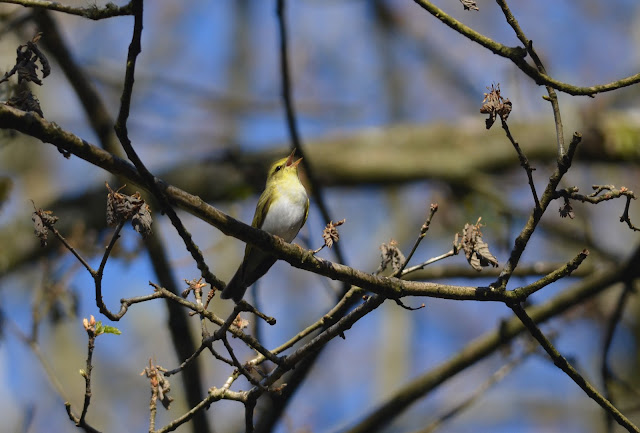 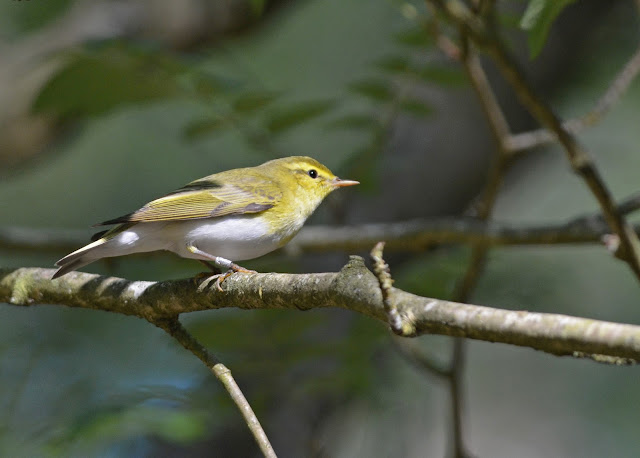 Male Pied Flycatcher. They were so busy collecting food for their young, they would drop down in front of you like a Robin and then fly back to their branch, 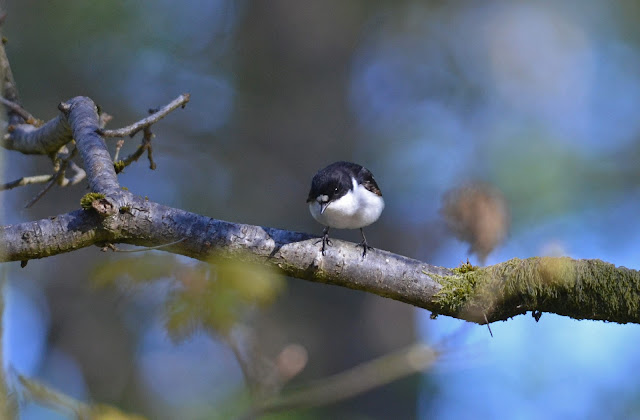 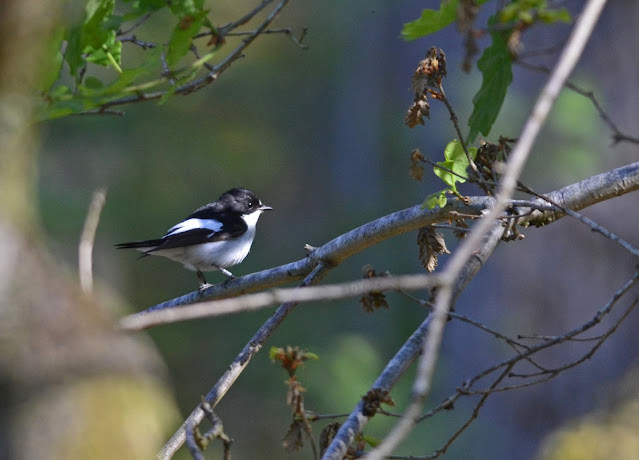 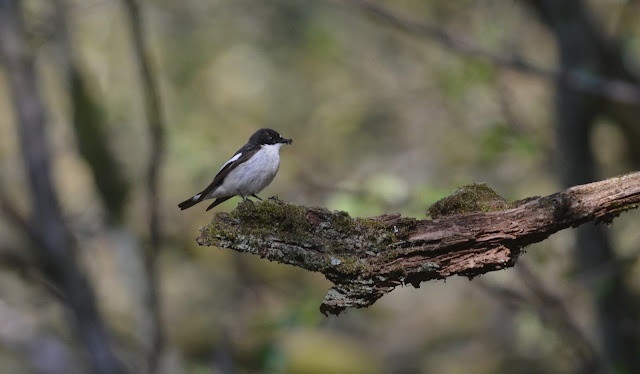 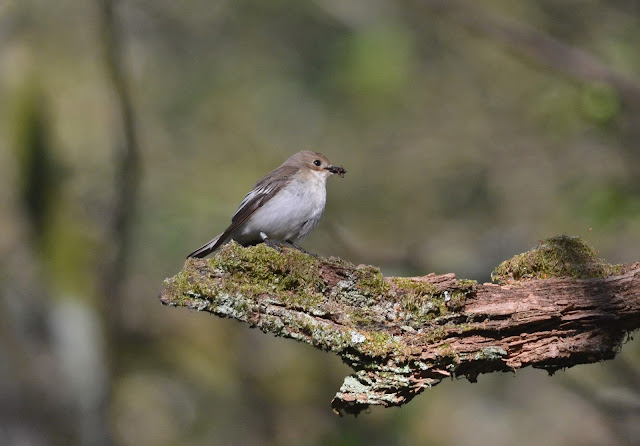 One of the many Common Redstarts 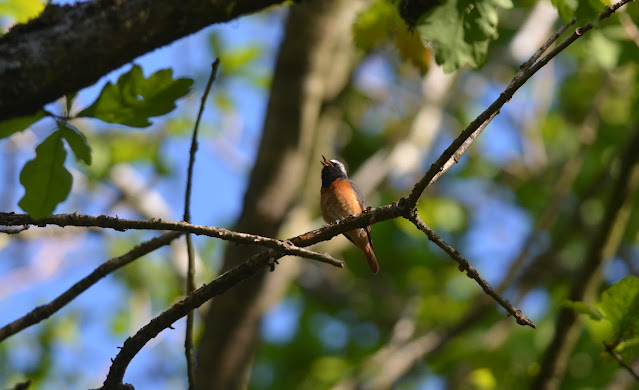