A couple of weeks ago, I popped along to Elton reservoir in Bury. It was a lovely warm day, which made a change from the previous cold and damp weeks. I was even able to leave the jacket in the car and just walk around with my t-shirt.
There had been 7 Scaup on the reservoir for some weeks, and this is usually around the time of year that I manage to tick them off. So they were one of my target birds. It's not a small area of water but I had an idea as to where they would be. Right at the opposite end to where I was!
I took my time and made sure I had a good look at what else was on the reservoir. This proved to be the wrong tactic. I had picked them up in the binoculars. They were quite distant at first, but looked settled. Shortly afterwards, a group of Tufted ducks took flight and headed off the reservoir. These were followed by some Gadwall and Canada Geese, and before I had even got close to them the seven Scaup took flight too. Noooooo!!
I had to get the camera up quick in case this was the only opportunity I'd get to see them today. It was exactly that :( 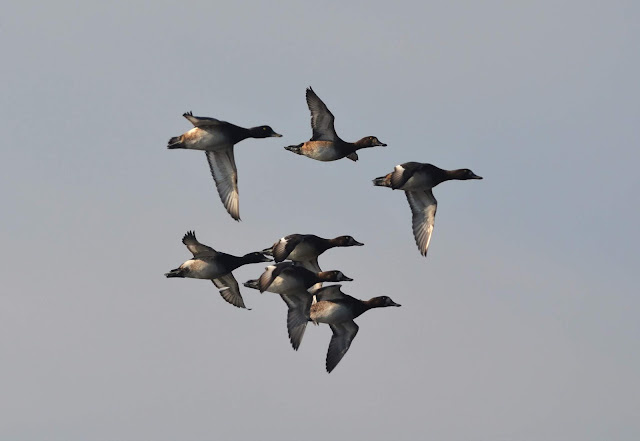 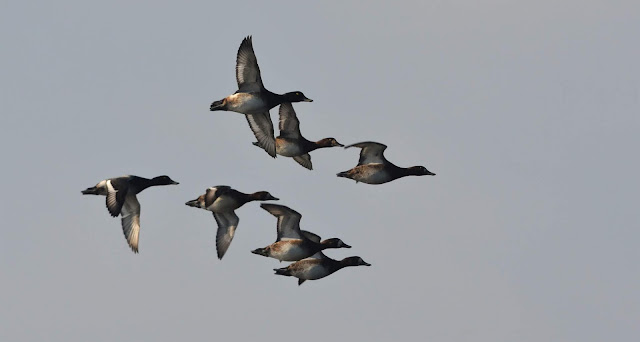 They were swiftly followed by some Goosander. 4 Females here. 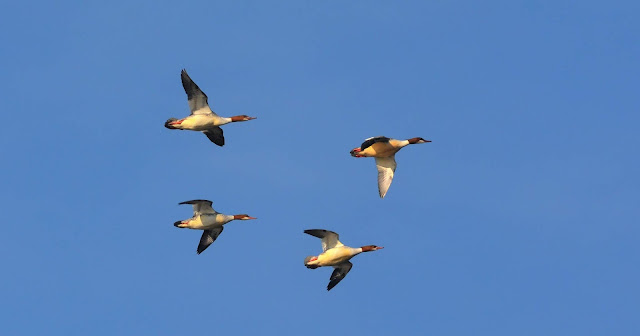 Two males at the back here. 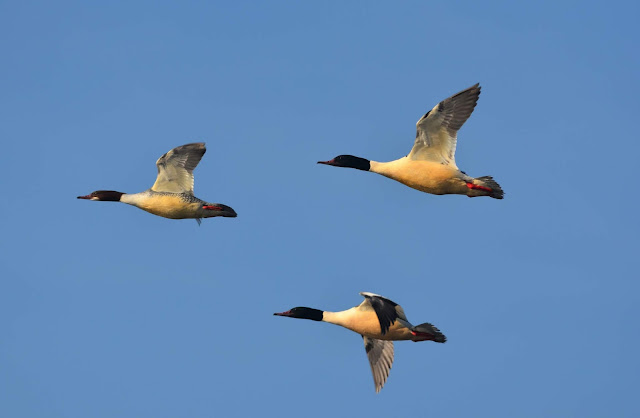