I spent some time at RSPB Titchwell a few weeks back. There was plenty of activity, as birds were busy pairing up and nest building. Others were patrolling territories and some were just looking for breakfast. On my walk along the meadow trail I was looking for a singing Cetti's Warbler when I could see the unmistakable shape of a Marh Harrier heading towards me across the reed bed. Then another went past carrying a rather large twig. I was lucky to get into a decent spot on the boardwalk to watch the pair patrolling the skies for a good ten minutes.
I've watched these birds before many times, but they would never come close enough for any decent shots. Thankfully the light was good and they wanted to play ball this day. What a bird? 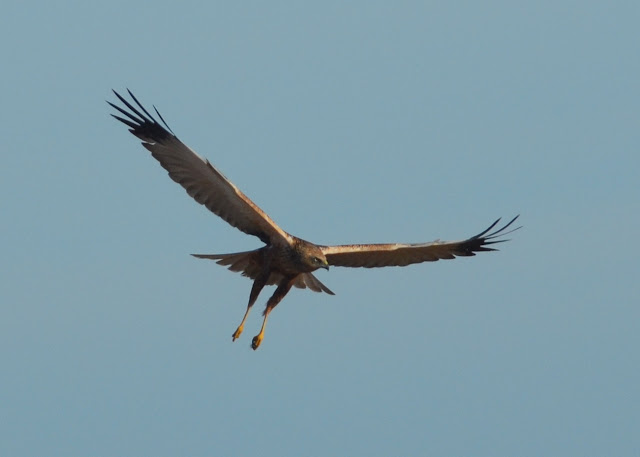 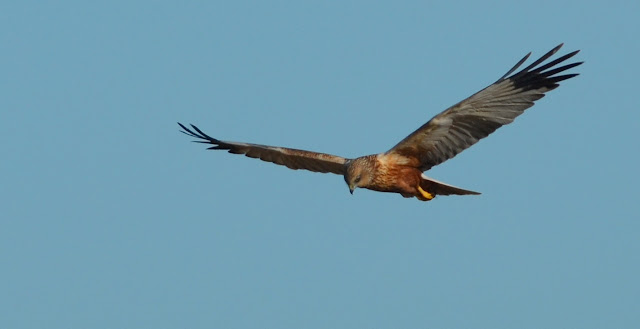 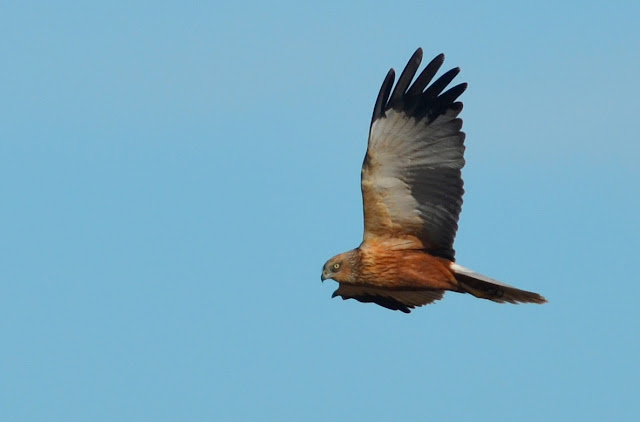 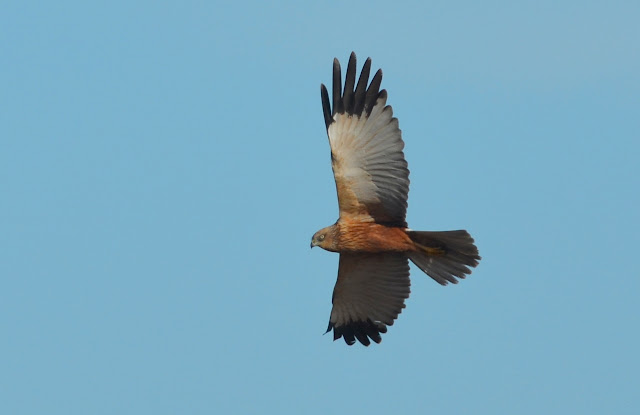 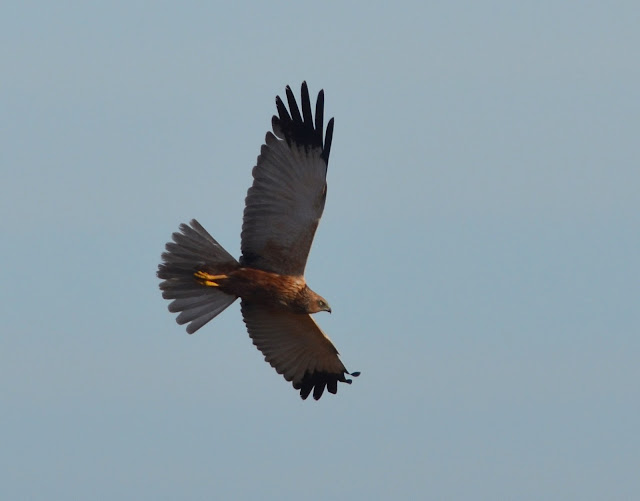 As I was watching the Marsh Harriers a small bird of prey put in a fly by appearance. Too small to be a Peregrine, Kestrel was my next thought, but colours weren't quite right. I ruled out Sparrowhawk. What I had in fact seen was a Merlin. The UK's smallest bird of prey and a real bonus for me on a great morning. 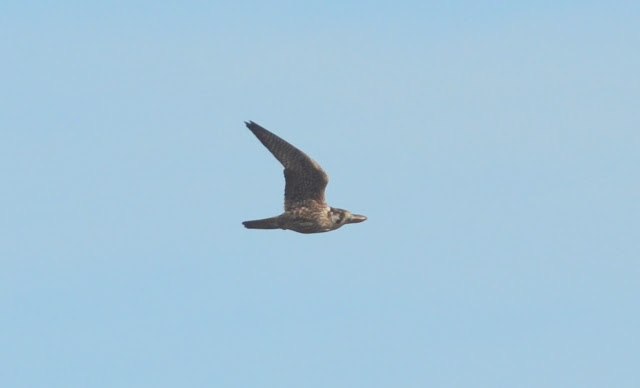