I've always found the Jay a particularly difficult bird to photograph. Sometimes it's even quite difficult just to see. They seem to disappear in the warmer months and only show again in the autumn when there are acorns to be stored for the harsher winter months. Of course, they are always there but just a secretive and skittish bird. More often than not you'll see them heading in the opposite direction, high up, as they've spotted you first.
The other week at Pennington Flash, I was grateful that one bird (helped by the hide I was in) was able to be a little bolder and come out into the open. It even gave me a few precious seconds to get some shots. It was a little dark, so they are not the best, but are some of the better shots I have of the Jay. 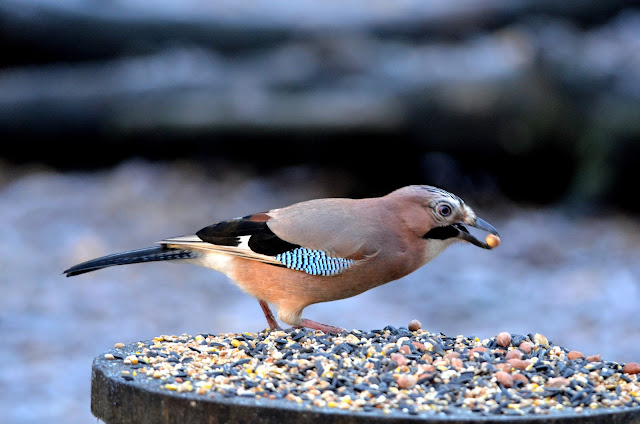 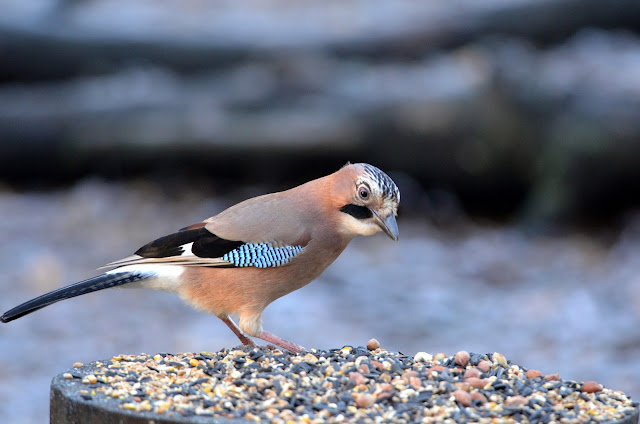 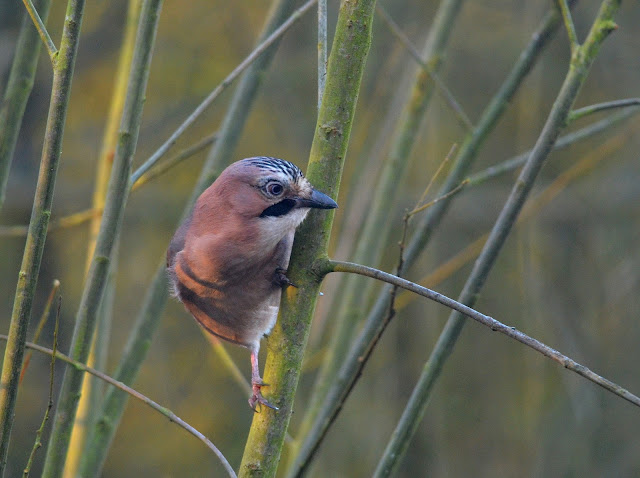 Email ThisBlogThis!Share to TwitterShare to FacebookShare to Pinterest
Labels: Jay