I've had a couple of walks over this weekend. It was very cold on both days, but Saturday was grey, miserable and overcast. So no pictures on days like this. That said, I was mightily impressed by the numbers of winter thrushes that were on my patch in Woodford. It seemed as though every hedge, bush or tree had Fieldfares, Redwings or both in them.
So I returned today when the sun shone, and this time managed a few pictures. They were all so skittish though. Anything closer than 30 yards and they were off. So I turned to stealth mode. This meant I was stood close to, but not in, a hedge for quite some time, not moving. I was happy with the Fieldfare shots I got. Could have had a few less branches in front of it, but it's better than nothing. 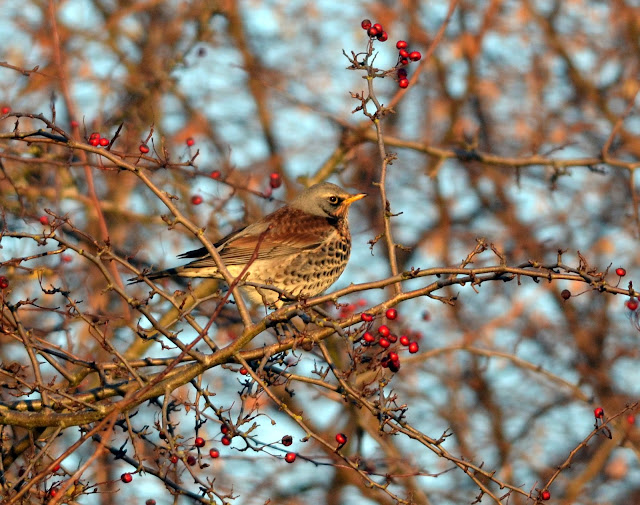 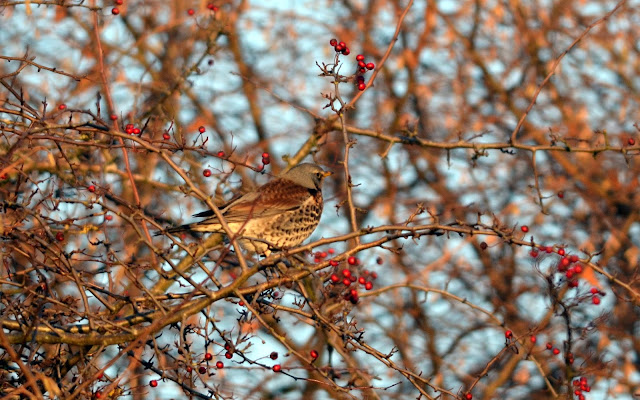 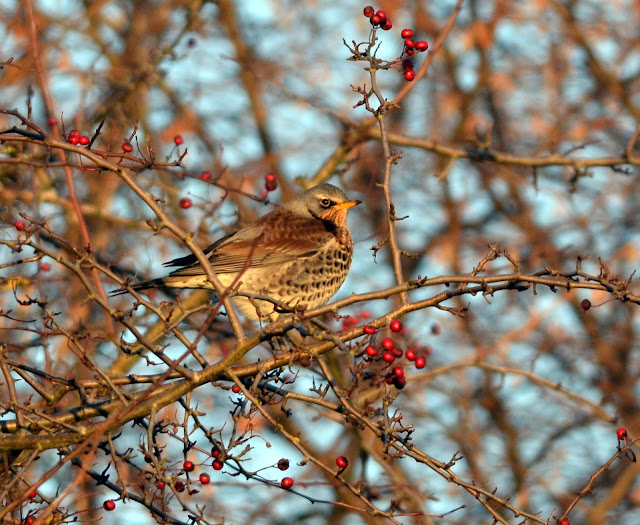 Redwings were not so accommodating, and very flighty. This was taken at quite some distance. 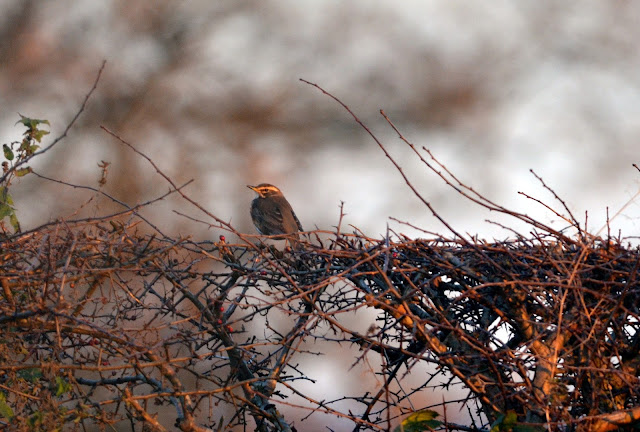