Well this bird had me flummoxed for a while. At Blakeney Harbour whilst walking to see the Lapland Buntings, a bird flew across the path in front of me. It dropped out of sight and down into a water outlet from one of the sluice gates. When I found it again I was pretty sure that it was a Pipit, but which one?
I ruled out Meadow Pipit. So this left me with Water or Rock Pipit as the main culprits. The location and where I had seen it seemed to suggest Water Pipit. There was a good supercilium above the eye and a grey head. Added to this, later in the day one was reported on one of the news services at the same location. Mystery solved? No, not really.

I wasn't convinced in myself, despite the various clues. So I sought help from the Manchester County Bird Recorder. This resulted in the correct identification of a Scandinavian Rock Pipit (Anthus petrosus littoralis). A very good article can be found here Scandinavian Rock & Water Pipit  on the confusion surrounding the identification of the both. I'm glad I was not alone in my quandry. Next time I will know what to look out for before making my assumption. I still might get it wrong. 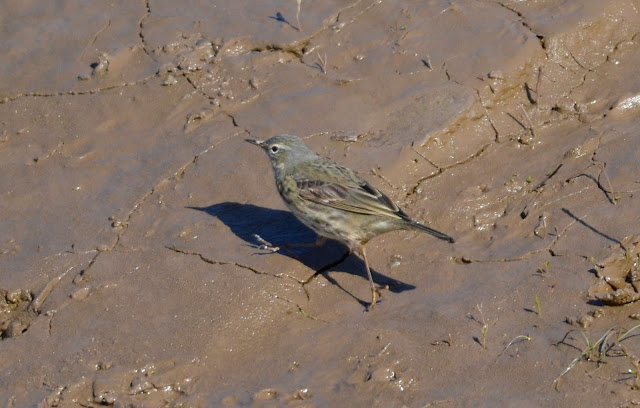 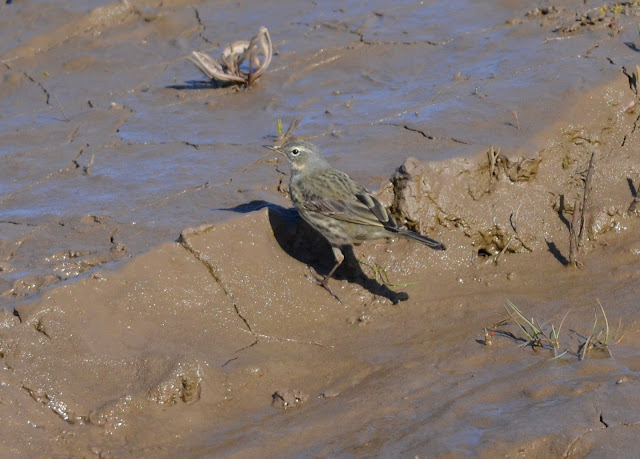 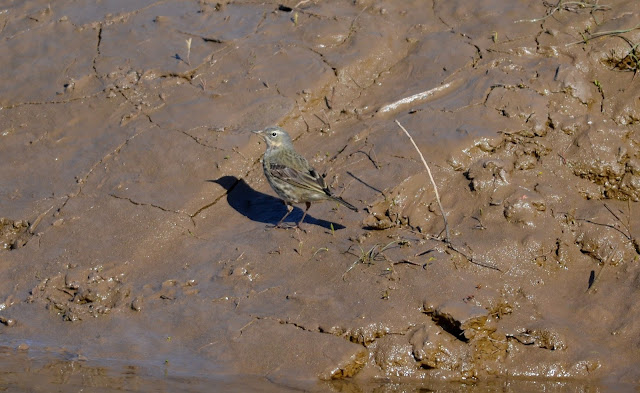