I'd seen reports of a Smew in Cheshire for the last few days and wondered if I'd be able to get along and see it before it departed. An opportunity arose on Sunday to have a look for it, and the weather was good too. Cold and bright, plus the clocks had gone back an hour, which usually means less people up and about as early as me. I guess I'm a little anti-social in the morning, and I like to have the place to myself.
Anyway, Newchurch Common in Winsford was the destination and a rather large fishing lake. I found it okay, but finding the bird was a different matter. I went the wrong way round and had to double back, but this was not such a bad thing, as it meant I got to watch lots of Goldcrests, Nuthatch, Great Spotted Woodpecker, Green Woodpecker, Bullfinch, Buzzard and other more common birds.
Having doubled back I eventually got to a good viewing area for the Smew. Such a small duck, with its red head and small frame, it certainly stood out amongst the Tufted Ducks it was socialising with. Only my second seen in the wild and not in a collection. A very nice year tick indeed, 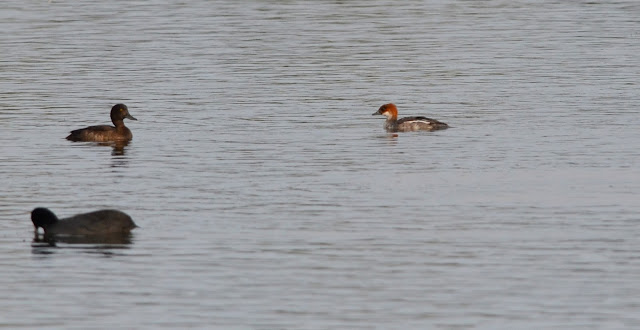 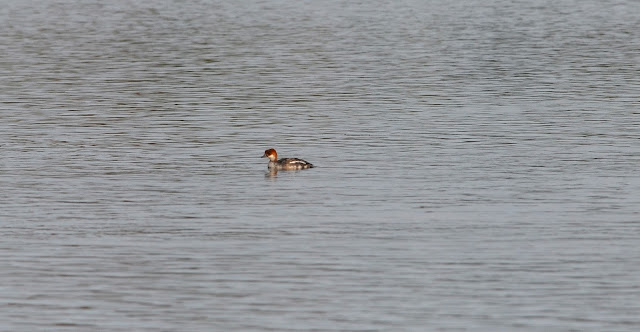 And just to add to the highlights of the day, a Ruddy Shelduck was also on the water in with the Canada Geese. A probable captive escapee, there has been one in this area of Cheshire for a while. Still, I wasn't expecting to see it, so it was a nice surprise.
Seen here very distant, but its orangey beige colour quite distinctive. 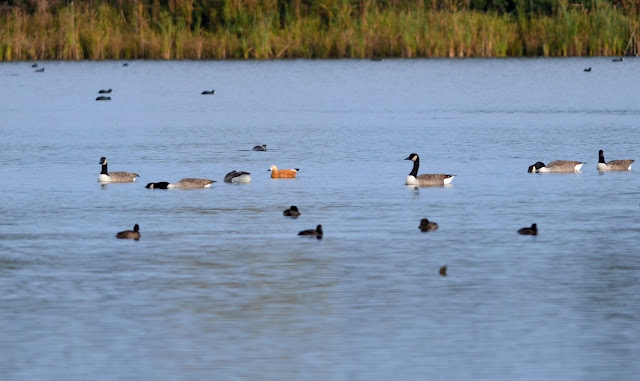 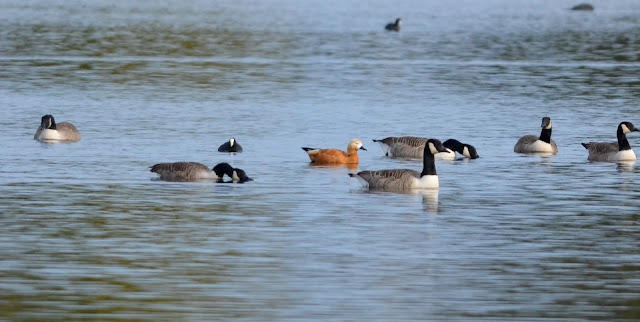 It got a little closer for a better picture.﻿