RSPB Otmoor is one of the best bird reserves I've been to for some time. It could well have been the time of year that I went, but the place was oozing with birds and bird song. I parked the car and grabbed my camera and binoculars and was soon greeted by the purring song of a Turtle Dove, followed by a Cuckoo. I could have got back in the car and gone home right then. I wasn't expecting Turtle Dove here, but was delighted to add it to my ever growing year list. Further encounters were had with them around the reserve, with at least three or four different birds around.
Cuckoos were playing hard to get but soon showed themselves along a tree line.
A pair of Hobbys were hunting dragonflies at the furthest viewing screen and put on a nice show for me. Drumming and roding Common Snipe were a new sight and sound for me. I'd never heard them drumming before. What a great sound.


Hobby on the hunt in gloomy light. 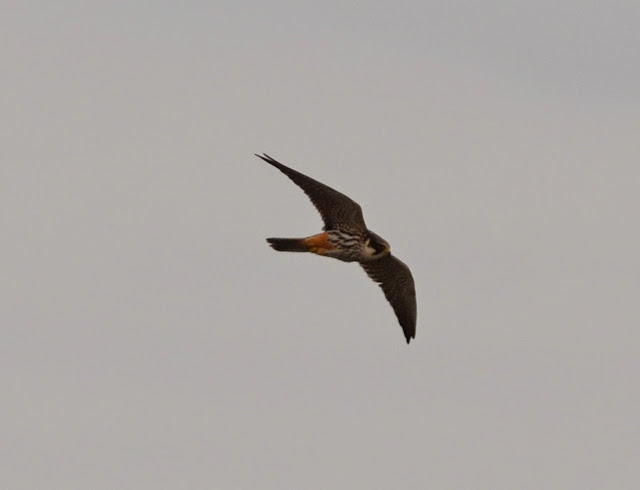 Every time I looked up, there seemed to be a bird of prey up in the vast sky. Red Kites seemed to be everywhere, and it was great to watch them hunt and then be hassled by numerous birds like Lapwings and crows. 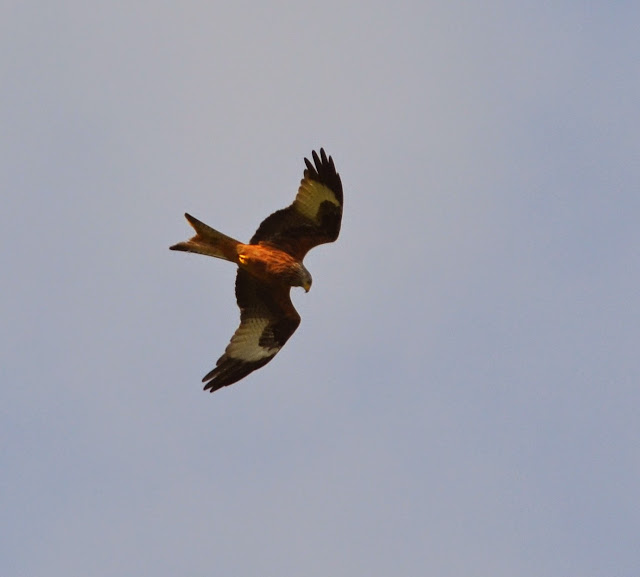 There was an abundance of Reed Buntings on site. These were busy feeding, from what I could see. ﻿ 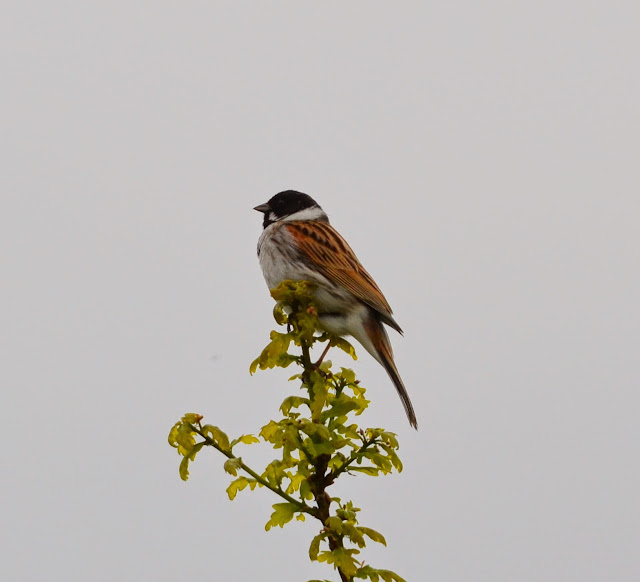 Treecreeper looking for food for its young in the nest. Nicely camouflaged.﻿ 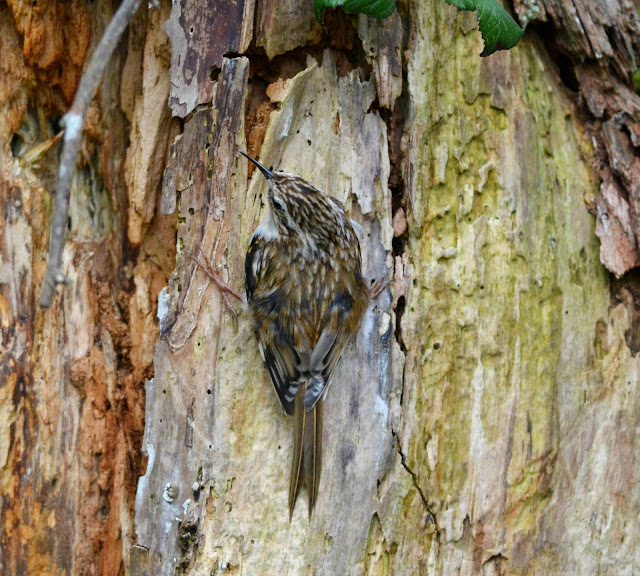 The Turtle Dove. Only the second time I've seen one in the wild. The thrill was quite exhilarating.﻿ 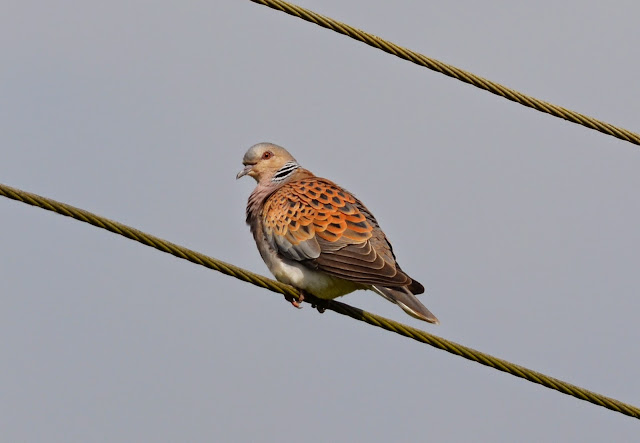 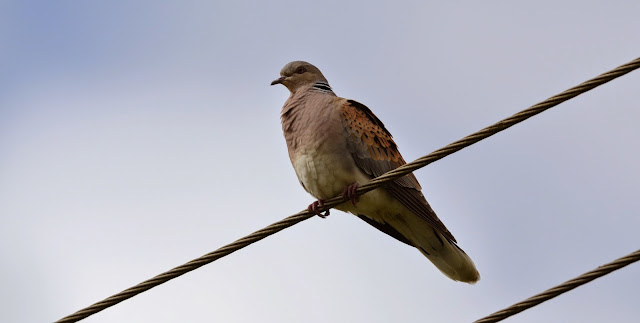