I'd heard of several Redhead Smew in the vacinity last weekend, and then I heard that one had found it's way to Tatton Mere in the grounds of Tatton Park. I made my way over in the afternoon and with the help of two birders located it at the morth end of the mere. It was very flighty but kept drifting back to the same area so it was just a case of waiting. I did wait and wait, but it was just getting darker and it just would not come near enough. A dog jumped in and made it fly a long way from me and I called it a day. Here is my best shot, followed by one taken of a captive Smew at Martin Mere last year.


Smew in flight (after harassment from a dog)﻿ 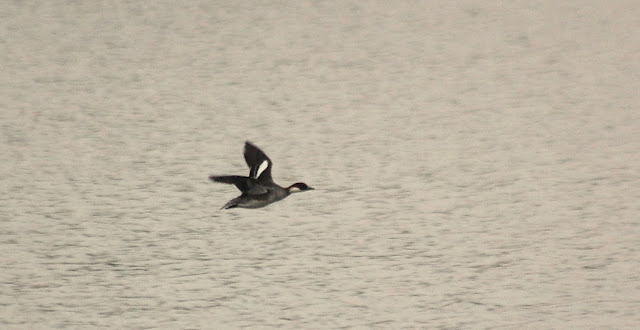 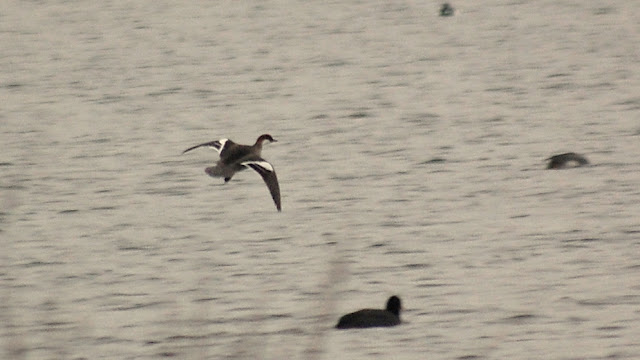 Very dodgy light, too far away and too shaky, but there it is. 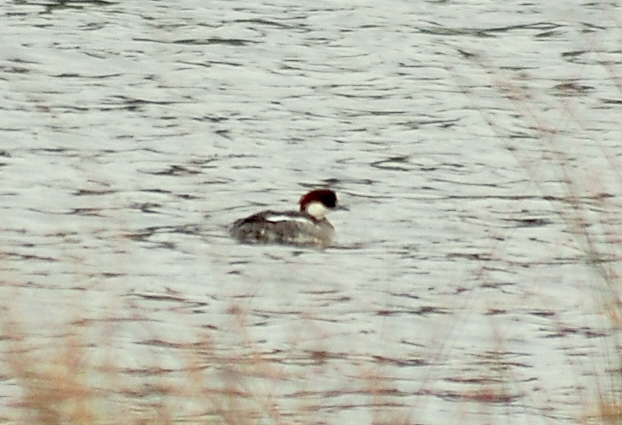 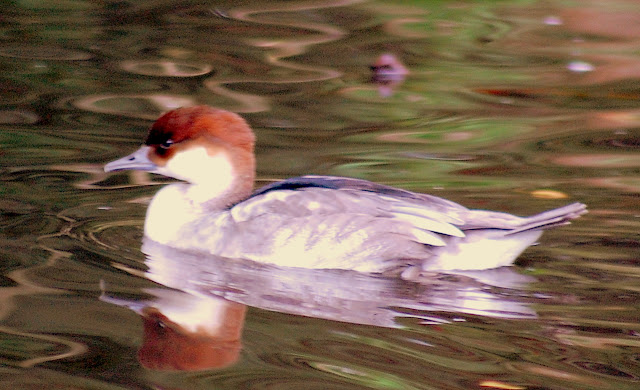 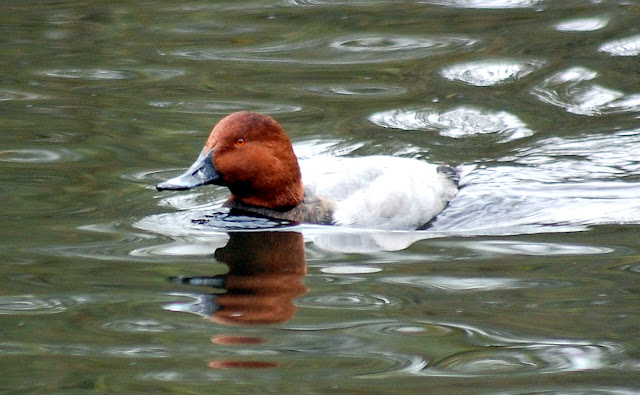